Rivals battle for the lead

Just a bit more than halfway through the season for the Florida Collegiate Summer League, it looks like the race for the regular season championship is going to be between two longtime rivals: the Sanford River Rats and the Winter Park Diamond Dawgs.

Sanford and Winter Park are currently in first and second place, respectively, in the six-team league. The Rats sit at 17-10, while the Dawgs are just a game behind at 17-12.

But the other teams can’t be counted out just yet: The Winter Garden Squeeze are just two games out of first, and the Leesburg Lightning just four. With 13 games remaining on the schedule for each team, there could be jostling at the top before heading into postseason play.

Sanford is having a much better year than they did last summer during the regular season, when they finished in third place with a record of 21-19. They’ve already won 17 games, and as long as they can win five of their final 13 they will have improved upon last season’s mark.

Winter Park on the other hand is behind last season’s pace. Last year the Dawgs had one of the best campaigns in the history of the Florida League, finishing 27-13 en route to winning the regular season title.

Head-to-head on the year it’s been a dead heat between the two teams. They have played eight times; splitting the contests right down the middle with each team winning four.

Leading Sanford offensively have been Rock Rucker and Hunter Melton. Rucker, who also played for the Rats last year, leads the league in batting average at .407 and on-base percentage at an even .500. Melton has been the man driving in runs for the Rats. He currently has 28 RBI, which is seven more than any other player in the Florida League, despite playing in only 20 of his team’s 27 games.

On the rubber for Sanford, Arturo Martoral has been a standout so far this season. In five starts, Martoral is 3-0 with a 1.86 ERA and has struck out the third most batters in the league — 39 — while giving up just seven walks. Alexander Smith has been almost equally impressive, going 4-0 with a 2.79 ERA thus far.

Offensively for Winter Park one of their biggest contributors has been Tagg Duce. Duce is hitting .318 with 12 doubles and 20 RBI. He has also stolen 14 bases — the fourth most in the league. The most steals in the league however, belong to another Dawg, Peter Nicoletto. Nicoletto has swiped 17 bags, thanks in large part to an impressive .356 on-base percentage to give him the opportunity.

On the mound Winter Park has had several quality pitchers emerge at this point in the season, the most impressive of whom might be Jonny Ortiz. Ortiz has started the year 5-0, has a 1.75 ERA and has kept opposing hitters to just a .157 batting average while he’s been on the rubber.

Other pitchers who’ve been impressive so far for the Dawgs include Devin Raftery and Alexander Kline. Raftery is 4-0, leads the league with 48 strikeouts and has a 3.75 ERA. Kline is second in the league in strikeouts, with 41, but is just 2-1 despite a fantastic 2.20 ERA.

With a little less than three weeks left of Florida Collegiate Summer League baseball, it’s still a very tight race for who will be crowned regular season champs. Each team has 13 more games this season, but the Rats and the Dawgs will meet just once more, on July 27 in Sanford, for what could be a game of monumental impact. 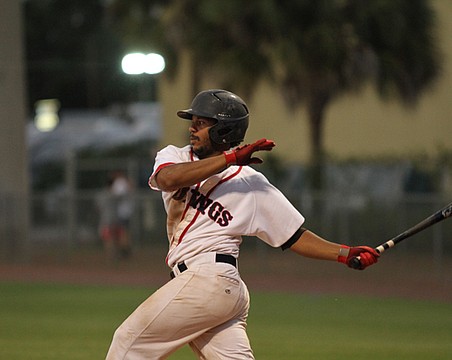 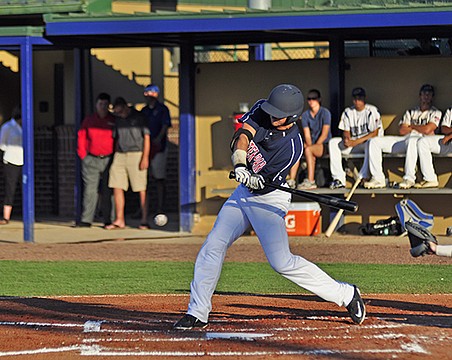 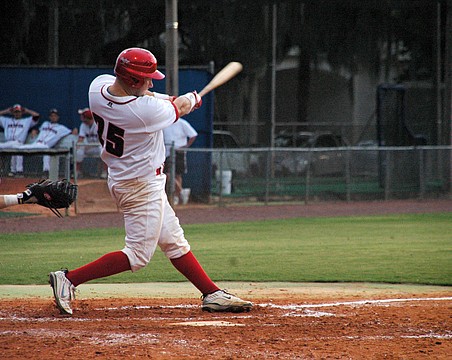 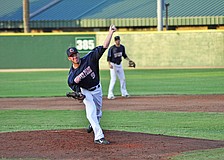 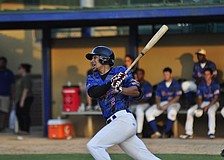 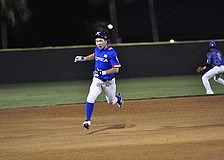 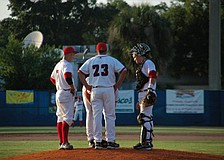 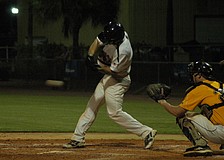