The Broadway plays “Newsies” and “The Sound of Music” might not seem like perfect civics class lesson plans, but Dawn Dunham has made them into successful, quirky curriculum at Maitland Middle School over the last 11 years.

Dunham was recently one of three teachers nationwide to win the League Educator Apple Award at the National High School Musical Theatre Awards in New York.

Roughly 130 seventh graders are lucky enough to be enrolled in Dunham’s class every year. For 46 minutes, these students learn about everything ranging from the branches of government to citizenship.

With 35 benchmarks to cover that end up on the student’s end of course exam, which is worth 30 percent of their final grade, a normal day in class just depends on the benchmark: a lot of document-based questions, writing and visual work.

Dunham has her class analyzing primary sources — the Constitution, the Declaration of Independence, Magna Carta, and other things like that – in addition to trying to decipher old language and put it into modern day parlance.

For the past two years, Dunham has been able to shy away from some of her “normal” days and use the arts in her lesson plans. Dunham’s work using theater as a teaching aid is how she won the award.

Dana Brazil, the education director at the Dr. Phillips Center, came up with the idea to use the plays coming to town with her class. Dunham taught Brazil’s two children.

“[Brazil] approached me after she had been looking through her son’s notebook and saw the different things he had done in civics and she knew the show that was coming and she thought we would have a good fit,” Dunham said.

The theme of “Newsies,” which follows striking workers during the late 1800s, made the lesson come alive.

“I taught about the history of why they had a strike and what yellow journalism and the importance of having a voice in politics means. It was a really good fit,” Dunham said.

The language arts class made a newspaper as part of their lessons to go along with “Newsies” and The Orlando Sentinel published the newspaper in the sepia print so it looked old. The newspapers ended up making $500 to benefit Broadway Cares/Equity Fights AIDS.

The second year, Dunham taught lessons using “The Sound of Music.” She brought in the education specialist from the Jewish Community Center and he discussed how fascism could rise.

Dunham credits her mother and sister for the reason she is so into the arts. Growing up in Detroit, Mich., Dunham often attended plays.

Dunham became a teacher at age 45. Her first degree was in business, training her to manage a bank branch. Her new career is her life’s second act.

“I am totally living my dream being a teacher now,” Dunham said. “I live a block from the school. I’m very into the community and I’m always telling my students about different community service opportunities. I think it’s cool to live and work in the same community.”

Dunham likes to practice what she preaches. She likes her students to always do their best and help out others.

“I’m a lifelong learner myself. I just love to learn and I try to enthuse my students by saying it’s a wasted day if you don’t learn anything,” Dunham said. 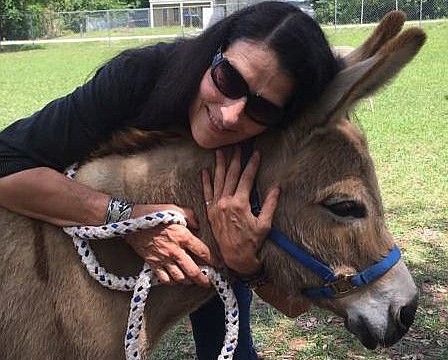 The legacy of Nancy Sell-Dane 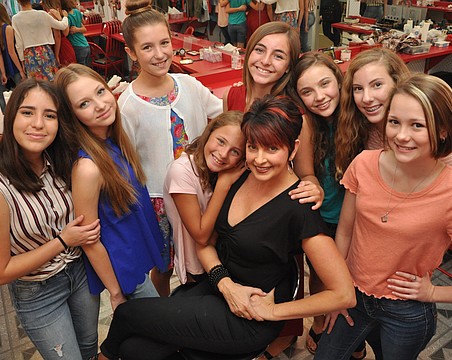 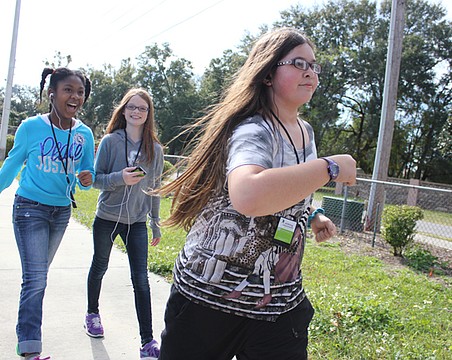 'Walking Classrooms' get students learning on the move 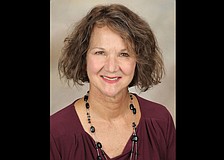 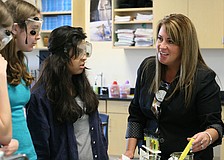 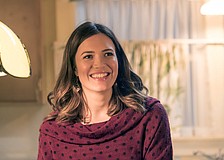 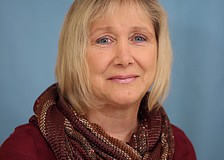 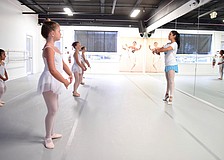