There may only be six games remaining in the regular season for the Winter Garden Squeeze, but there is still plenty to be decided as the first-year franchise nears its first playoff appearance in the Florida Collegiate Summer League.

The Squeeze, in third place at 18-15, find themselves within striking distance of the league-leading Winter Park Diamond Dawgs (23-13) and Sanford River Rats (20-11) — at three games back in the standings as of Wednesday afternoon — with a midweek series against the Dawgs slated for Wednesday and Thursday evening.

While a strong showing in that set could position Winter Garden to make a play at first place over the weekend, the Squeeze have to be mindful not to lose any ground in the last few days of the regular season, also.

Winter Garden is in third place to start the week, two games ahead of Leesburg (15-16) in the standings.

The Squeeze will want to do all they can to avoid being overtaken by the Lightning, as the fourth and fifth place teams in the standings will participate in a Play-In Game to the FCSL Playoffs on July 29.

Winter Garden already has clinched a playoff berth, as College Park (8-22), in last place as of Tuesday afternoon, is too far back in the standings to catch the Squeeze.

With the season in its waning days, Winter Garden head coach Ruben Felix and his players have expressed a desire to heighten their focus as the playoff picture continues to take shape.

“The first half [of the season] was kind of a grind,” Taylor Becerra (Grayson County College) said. “Now we have a destination that we’re almost toward so it kind of helps out and gives us an objective to look toward.”

After the series with Winter Park, the Squeeze will host College Park on Friday night before a doubleheader at Sanford (19-11) on Sunday. The regular season finale will be at home on Sunday, again against the River Rats.

The task ahead of them will not be easy for the Squeeze — who have yet to defeat Sanford after four prior meetings — and Felix has made a point of trying to get his ballplayers in the right mindset as each remaining game takes on a heightened meaning.

“I told them, ‘we need to start playing like we’re the best team in the league,’” Felix said.

Dating back to July 5, Winter Garden has had nine cancellations or suspensions of play due to bad weather.

The Squeeze started this past week with a trio of cancellations on Tuesday and Wednesday (both games of a doubleheader were called off), but finally got to take to the ballfield on Thursday, Friday and Saturday as the sun finally shone through for a series against DeLand.

Winter Garden got off to a slow start on Thursday, perhaps due in part to their relative inactivity over the past two weeks, trailing the Suns 9-0 within the game’s first four innings.

A mid-inning pep talk from Felix seems to do the trick, though, as the Squeeze outscored DeLand 7-0 the rest of the way in a 9-7 loss.

Winter Garden would ride that positive momentum from the later innings of Thursday’s game, though, in defeating the Suns the next two nights and taking third place in the standings in the process.

The Squeeze were rained out on Tuesday night.

Danny Portales has been leading the way for the Squeeze at the plate all season and this past week was no different.

Portales (USF) batted in 5 RBIs over the course of the three-game series against DeLand, including 3 RBIs in Winter Garden’s rally on Thursday that came up just short.

Portales is batting .347 on the season.

“Crush-ing” it on the mound for the Squeeze this week was Ocoee native and West Orange alumnus Brandon Murray (USF). Murray tossed 5.1 innings of scoreless baseball in Saturday’s 2-1 win over the Suns, allowing just two hits.

Murray has made 11 appearances for Winter Garden this season with a 2.16 ERA.

What’s ahead — Next three home games 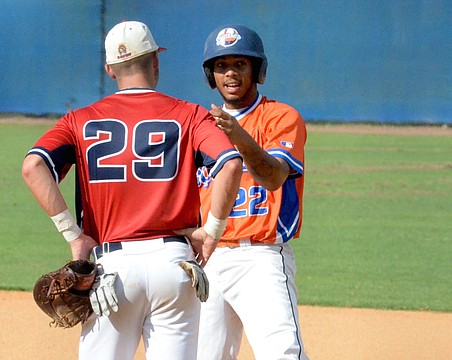 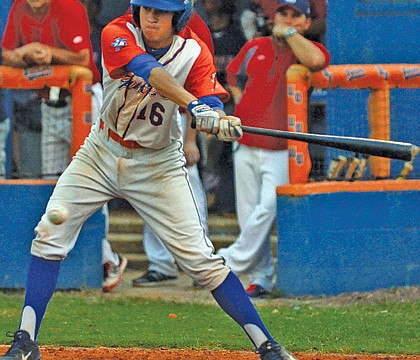 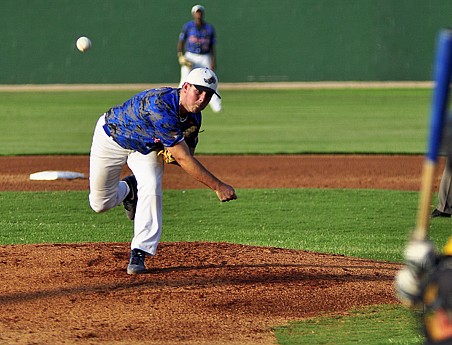 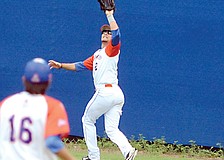 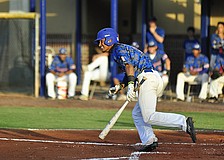 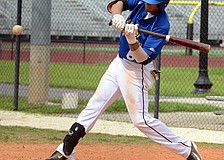 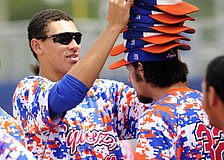 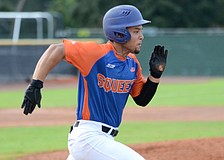