At long last, a family for Madison

When Diana Bonilla applied to be a foster parent soon after both of her parents died, she was told that she was setting herself up for more loss, as foster children typically come and go in a relatively short time.

She applied, anyway, and received so much more than she ever expected.

The 42-year-old Winter Garden resident is now a single mother to 22-month-old Madison, the second foster child who was placed in her home. They spent their first Thanksgiving together as a family, and Bonilla is looking forward to Madison’s first Christmas as her daughter.

Nearly 20 children in Orange County received forever homes on National Adoption Day, Nov. 18, including Madison. Bonilla adopted the toddler after fostering her beginning in June 2015. The ceremony took place at the Orange County Courthouse and was hosted by Community Based Care of Central Florida.

Nationwide, about 4,000 children and their families participated.

Bonilla, a legal assistant, was worried the possibility of becoming a mother was coming to an end, and she is thrilled to have a chance at motherhood, she said.

“I went into foster care thinking, you'll have a child for a week or two, a month, two months,” she said. “There's this need. ... I have the time, I have the heart.”

She fell in love with the little girl during the fostering process, and the moment Madison became available for adoption, Bonilla knew she wanted her to become a permanent part of the family.

“She was this bright-eyed, smiley-faced 4-month-old; just the cutest thing ever,” Bonilla said. “We started our little journey.”

A few months later, she was dropping Madison off at daycare when she saw a little girl running to her mother, saying “Mommy, Mommy!”

“I remember thinking, ‘Aw, I will never have that,’” Bonilla said.

“She’ll grow up knowing her mother wanted her to have a better life,” Diana Bonilla said of her daughter, Madison.

The new mother said she has vowed to keep in contact with Madison’s biological mother so her daughter will grow up knowing that her birth mother deeply cared for her.

A few months into the fostering process, Bonilla was sending the birth mother photographs of the baby and the three of them were enjoying visits together, which opened the lines of communication for the future.

“That made her feel really good,” Bonilla said of the relationship with Madison’s biological mother. “She sleeps good at night knowing she’s with me. We established a good relationship because of that.”

Seven months after Bonilla took in Madison, the little girl was reunified with her birth mother, she said. She knew it could happen — because, ultimately, the point of foster care is for the parents to get their life together and get their child back, she said — but she was devastated all the same. She had grown to love that little girl.

Life took another turn, however, and Madison soon was back with Bonilla.

The two mothers communicate via text every day, and the trio went to dinner last week. On Thanksgiving Day, Bonilla received a text from the birth mother that exemplified the meaning of the day: “I only want what’s best for her, and you are it.”

Community Based Care of Central Florida, a lead organization overseeing foster care and adoption services locally, aims to raise awareness of the number of children in foster care needing permanent, loving homes. In the tri-county area, approximately 60 children are available for adoption – among thousands nationally.
Since its inception in 2004, CBCCF has helped create more than 2,400 “forever families.”

“She’ll grow up knowing her mother wanted her to have a better life,” Bonilla said of her daughter.

Though Madison was with Bonilla for Thanksgiving 2015, this was their first official family holiday. She adopted her daughter on a Friday, and the two left on a family vacation the next day, spending nine days together at a beach timeshare.

“She's the sweetest, funniest; she puts a smile on everybody's face,” she said. “She's such a wonderful little girl.”

The new mother is looking forward to Christmas and starting traditions, the most important of which is being with family. Bonilla is big on taking pictures and capturing the moment. She even had a videographer present to record the adoption ceremony.

There is no more hesitation for Bonilla — Will tomorrow be the day Madison returns to her birth mother? Is this my last day with Madison?

“That uncertainty is very real; this is a closed chapter for us,” she said. “Now, this is my daughter. It just solidifies everything we have done during the last year and a half. .... It feels more real.” 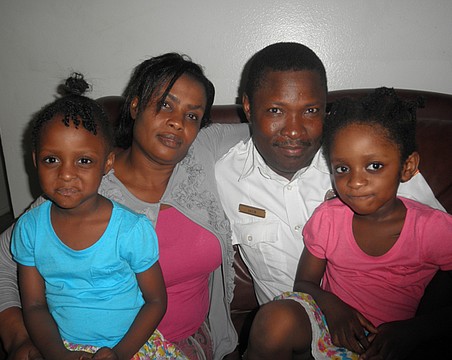 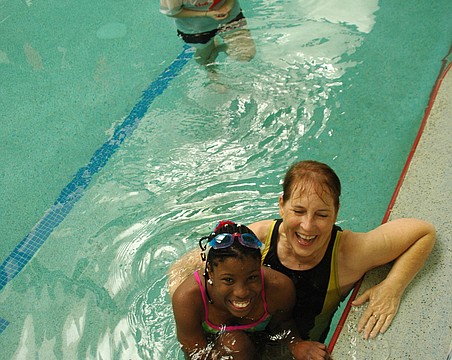 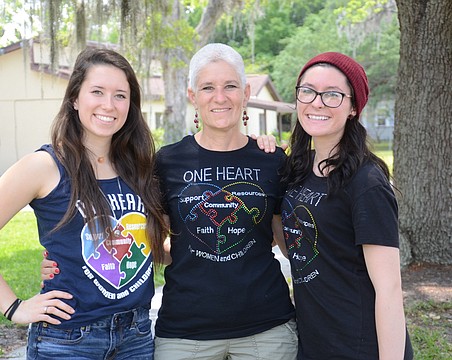 Together for good: A family uses past experiences to help others 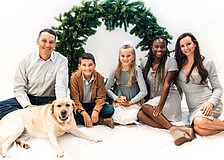 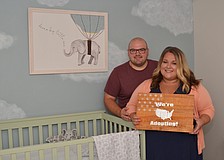 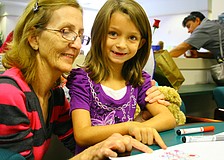 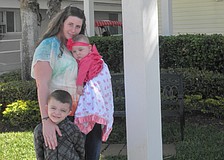 McDonald House to the rescue 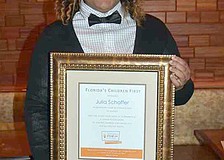 The voice of experience