When Amanda Gomez was about to graduate high school, her worst fear wasn’t moving 1,200 miles away or having to say goodbye to her friends. It was leaving her blind mother behind.

“Since my sister is already gone, leaving my mom by herself – she’s legally blind,” Gomez, 17, said. “She works from home and my dad doesn’t work from home anymore. I’m really scared that she’ll have a lot of trouble without us because she very, very heavily relied on my sister and I for getting around.”

Gomez was connected by her Winter Park High School counselor with Support Our Scholars, a non-profit organization in Winter Park that supports “changing women’s lives one degree at a time.”

Gomez said she wants to be a doctor and plans on majoring in biomedical engineering at Harvard in Boston. She worries about her mom who needs to have someone grocery shop and do other small things for her. That’s one of many ways SOS has stepped in, connecting Gomez’s mom with the Lighthouse Program for those with visual impairments.

SOS helps with more than just resources. The charity’s mission is “to provide financial support and promote personal development to young women from the Central Florida area while they pursue undergraduate college degrees at accredited institutions.”

Two other WPHS graduates, Alicia Cotto and Dara Parada, were also chosen this year to receive help from SOS. Cotto will attend Rice University in Texas where she will study biomedical engineering, and Parada chose the University of Florida to major in chemical engineering.

All three graduates were part of the International Baccalaureate Diploma Program at WPHS where the teachers pushed and prepared them for college. Now they’re hopeful college students who may not have had that chance without SOS.

Susan Johnson, a former small business owner on Park Avenue in Winter Park, started Support Our Scholars 10 years ago. She started the organization because, she said, she was just like these girls when in high school – in need of financial support and a mentor. Johnson said that she was “very accomplished” in school but, due to family changes, quit high school and got married. Three children later she met her mentor who helped and encouraged her.

“That gift of a mentor was life-changing,” she said.

Johnson says that the SOS program teaches the girls the valuable skill of networking.

SOS exists to “increase the likelihood that low-income students will complete college and improve the odds for financial security.” SOS will review the parents’ tax records and student FAFSA, or Free Application for Federal Student Aid, but does not use income as the only factor for acceptance into the program. The application requires three letters of recommendation and the student must include a one-page essay on why she qualifies to become an SOS scholar as well as her college plans.

Once enrolled in the program, each graduate gets partnered with a mentor who will stay with the student through college. During the first semester in college, the mentor will be in contact with the student at least once per week. SOS assigns a team of three to 12 women to each student who will become like “aunts and grandmas sending care packages, a letter, or something to show that we care,” said Lauren Allen, executive director of SOS.

Each student receives a stipend of $10,000 that SOS divides equally among the semesters. In addition, each recipient attends a “Dorm Shower” where they receive everything needed for their dorm room including bedding, towels, laundry detergent, containers, power outlets, room decorations, school supplies, and, if needed, a laptop.

Cotto said she feels supported as she leaves for college.

“I have an army behind me. I think it’s the embodiment of female empowerment,” she said. “I’m big for that. I want to show people that women can do anything.”

Cotto left for school on Saturday, June 18. As the date approached, she said college became a reality.

Cotto said that she Googled everything about Rice University because college is such a new experience for her. “They have 184 oak trees on campus,” she said with a laugh.

SOS’ help means, to Gomez, that she “won’t have to worry about anything financially,” and she will have someone helping her throughout college life.

SOS has been what Parada calls “a blessing.” She said that not only have they provided her economic help, but also they have given her “incredible guidance” with decisions.

“SOS has given me the ability to wholly focus on my education without the constant worry that my journey toward education would place my family in a harsh economic situation,” she said.

Cotto said the college experience with SOS’ help is like driving on a road for four years.

“It’s like driving across a narrow bridge, but knowing there’s an emergency autopilot programmed into the car in case we start to lose control,” she said. “It’s hard to put into words how thankful I am to have that autopilot.”

To get involved with Support Our Scholars, go to supportourscholars.org or call 407-622-4422. 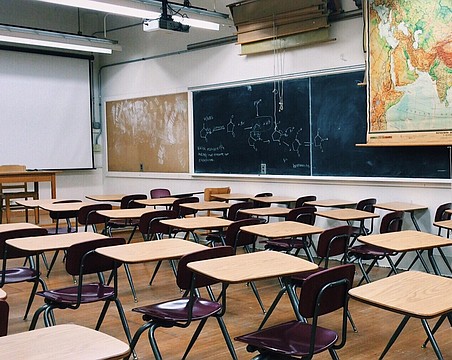 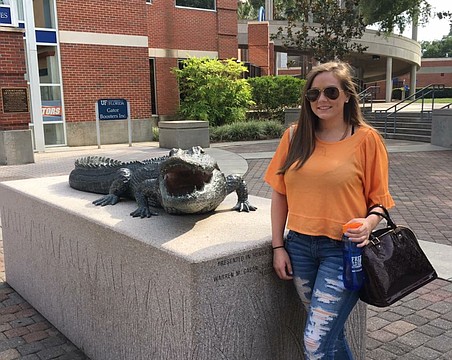 Dual-enrollment program allows Orange County students to get ahead 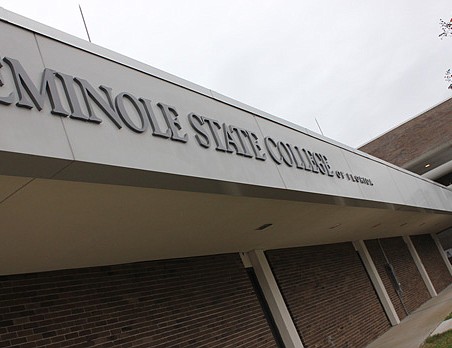 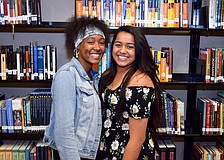 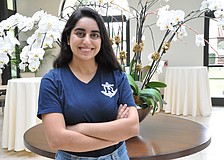 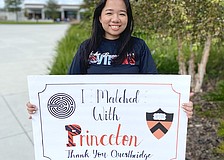 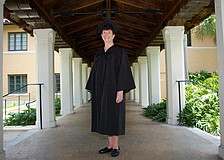 Capturing a degree at 74 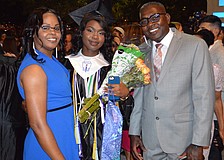