The homeless ministry, now in its seventh year, has until July 30 to find a new location for all of its programs, which includes weekly services, a preschool and a garden.

With a Saturday, July 30, deadline looming, Matthew’s Hope already is emptying shelves and drawers for an impending move.

And although it has found a short-term space for its offices at the home at 523 S. Woodland St., many of the nonprofit homeless ministry’s operations — including its Firm Foundation Montessori Preschool — are in jeopardy.

The house next door, 529 S. Woodland St., will be used for the food pantry, clothing storage and hygiene services. What they cannot do is distribute food and clothing from there, founder Scott Billue said.

In addition to the preschool, the ministry’s Tuesday programs — when up to 60 homeless men, women and children show up for a hot meal and to get a haircut, take a shower, get help with their medical and dental needs, do their laundry and work toward independence — will have to be set up somewhere else.

“For the working homeless, (the Tuesday program is) a place to get back on your feet to independence and self-sustainability,” Billue said.

“I hope we can get the people of West Orange County to understand why they don't want us to disappear. There's not someone coming up behind us to take over.” — Matthew’s Hope founder Scott Billue

The list of needs is great. But Billue is holding onto hope.

“I'm a guy who is used to facing insurmountable odds,” Billue said. “ I can't afford to quit believing that something's going to happen. … “Do I think we're going to survive? Yeah, I do,” he said. “What's that going to look like for the future? I don't know. … It's really up to the community on whether or not we are able to meet those needs.”

Since its inception in 2010, the ministry has operated from the campus of West Orange Church of Christ, on Daniels Road in Winter Garden. Church officials have said they want to lease out the land, which Matthew's Hope has been using rent-free. Its only expenses have been insurance, utilities and maintenance.

Billue was walking along a Plant Street sidewalk recently when a man sharing a coffee with another waved him over. The man asked if he was “that Matthew’s Hope guy” and then said, “I’m not sure what you have done, but it seems like all the homeless people are gone.”

Billue replied: “It’s as if they are hiding in plain sight.”

Unbeknownst to the cafe patron, the man seated on the other side of him was a homeless person, one of the thousands of people who have received assistance from Matthew's Hope, the nonprofit homeless ministry founded by Billue in 2010.

“One of the reasons Winter Garden is so attractive from the outside is they think that stuff doesn't exist anymore,” said Billue, who also is chairman of the board and president of the corporation. “We have hidden it in plain sight. The guy sitting next you is homeless. You just don't recognize it.”

Joseph McMullen, an Oakland town commissioner, has been a Matthew's Hope board member for four years. He says the homeless are a vulnerable population who need the community’s help.

“No one wants to be homeless, so why wouldn’t we do our best to facilitate them out of this situation?” he said. “Matthew’s Hope is unique, as the guests have to participate in the process that helps them.”

Matthew's Hope has some immediate needs as it works to relocate all its programs and services:

• Space for Hope Chest to repurpose and refinish furniture

• Area for Harvest of Hope Garden and hydroponic/aeroponic greenhouse

• Teams to disassemble playground, greenhouse and fencing and help with move and store

And the ministry can only exist with the community behind it.

“Matthew’s Hope will never claim to have eradicated homelessness in West Orange County; that is not realistic,” said board member Barry Altland. “But, through the tireless efforts of many generous donors, thousands of volunteers and people who simply care about people because they are people, your community looks and is as beautiful as it is today.”

Matthew’s Hope has fought for many of the individuals’ medical needs, as well. Prior to one man coming in contact with the program, he was trying to take care of a blood tumor on his shoulder by dressing it with toilet paper and water.

Nancy Pfaff, a registered nurse works at the ministry Monday through Thursday, helping the homeless get necessary medications and working on finding volunteer providers.

She said the new Florida Hospital site in Winter Garden has been a great partner, and the man with the tumor is having surgery Friday to have it removed.

“And that’s just one person,” Pfaff said. “There’s a huge amount of need out there.”

She has treated people with diabetes, heart disease and mental health. 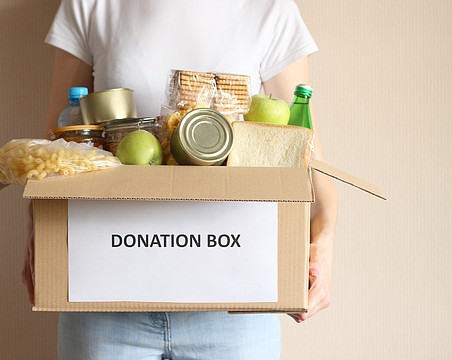 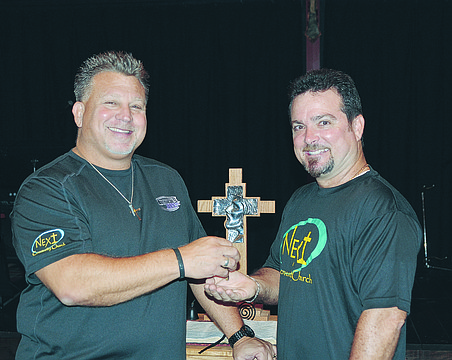 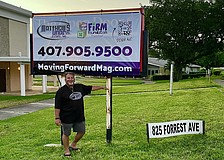 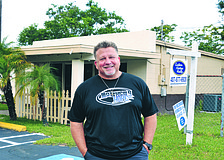 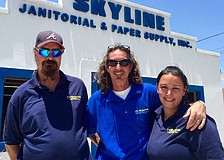 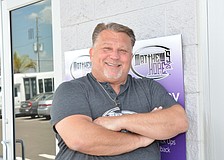 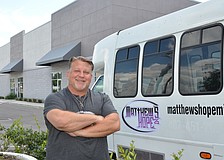