WINTER GARDEN The tale as old as time will come to life on the Garden Theatre’s stage this weekend.

Written by Arcadian Broad and performed by members of the Orlando Ballet, “Beauty and the Beast” will be showing at 2 p.m. on Saturday and Sunday as part of the theater’s 2016-17 live season.

"Beauty and the Beast"

Where: Garden Theatre, 160 W. Plant St., Winter Garden. Prior to both show, several of the cast members will be available for a meet-and-greet session.

Tickets: $28 for adults and $24 for students and seniors.

After performing the show at the Dr. Phillips Center for the Performing Arts, Broad said that the Garden Theatre also gives the Orlando Ballet performers a different kind of experience.

“We’re very excited,” said Broad, who will be filling the role of Gaston at the show. “We love Winter Garden. It’s a small intimate space and brings a whole different reaction and energy to the performers.”

When Broad took the challenge of writing and choreographing his own ballet several years ago, he decided to try his hand with “Beauty and the Beast.”

“Of course I watched the film growing up, and Disney wrote it perfectly,” Broad said. “There’s a cherished, beloved feeling people have towards it, so it was important to include those morals and charitable moments with the characters.”

Before writing his ballet, Broad studied the Disney film, the old Grim Brothers tale, a French version of the story and even a Japanese rendition.

“I decided it was OK to go dark and mix it with the happy and light,” Broad said about his version of the tale. “That’s what makes it this great show.”

When composing the ballet’s music, Broad took a different tactic. He would watch the Disney film on mute and create melodies and harmonies to accompany the characters’ movements.

The key to writing the ballet, Broad said, was getting everything to blend.

Broad’s version of “Beauty and the Beast” includes all the familiar characters - Belle, Gaston, Lumière, Cogsworth and the Beast - plus a few new faces, including Belle’s sister and two jester-like characters at the castle.

The role of Belle was given to Kate Robichaux, who said that getting to dance as Belle was a dream come true.

“It’s every little girl’s dream to be a Disney princess,” she said. “And I love Belle’s story. She doesn’t really fit in, but she has a good head on her shoulders and  such a good heart.”

Robichaux said that going from the large stage at the Dr. Phillips Center to the smaller stage of the Garden Theatre can be challenging for the dancers.

“You have to keep dancing as big as it looked on that big stage,” she said. “You have to maintain the energy.”

This weekend’s show is not the full, two-act show that Broad originally wrote. Instead he adapted it to create a shorter, hour-long show which will work better in the Garden Theatre, he said.

One of his favorite moments in the show is the moment that the Beast catches Belle looking at his rose.

“It’s the part where everything culminates,” Broad said. “There’s all this emotion he’s been feeling and her confusion. It’s his tension, and you feel bad for both of them.” 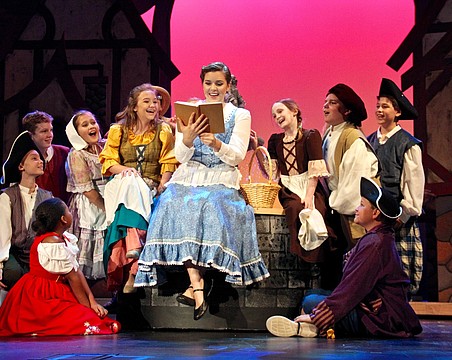 St. Luke’s thespians invite community to be their guests 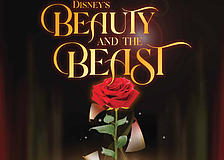