In the memory bank with Becky Sanders Holton

A former Winter Garden teller who spent 28 years with First National Bank and its successors talks about her career in the downtown bank.

Becky Sanders Holton remembers the brief interview in 1963 that landed her a job — and a 28-year career in banking — when she stood before then-manager J.S. Fairchild, at First National Bank of Winter Garden. She was referred by the manager's son, William C. Fairchild, a former employer of Holton's.

“So that was my interview,” Holton said. “It was hard to get a job at the bank. … I was fortunate to get a job there because people didn't vacate their positions. They stayed. It was their lifeblood.”

The bank was at 100 W. Plant St., now home to multiple businesses, including an investment firm, a realty company and an accountant's office. A second Winter Garden branch was built on South Dillard Street, and the two operated in the city for many years until the downtown branch closed.

Her first job was filing checks, something nearly every adult used for making purchases or getting paid. Day in and day out, all day long. This was considered the probationary period, before they decided an employee was “a keeper,” she said.

Holton, now 88, must have been a keeper, because she worked at the bank for nearly three decades, moving up through the ranks from filer to teller. The only banking job she didn't have was in the loans department.

“I worked my way up to what was then called floor walker. That amounted to … head bookkeeper,” she said. “You just kept the money flowing; no balancing, just needs. You just walked the floor. And I made all of like $3 or $4. It was enough for me personally to take care of my own needs from home, and then once in a while I would treat my two younger sisters to a movie in Orlando. And I would have to save like crazy to do that.

“That had a big influence on the rest of my career,” she said.

Holton started at the downtown branch of the bank and then transferred to the Dillard Street location.

Because she had a young family of her own, she preferred to stay close by in Winter Garden, where she and her husband, Sam, lived.

Holton is a native to West Orange County, having been born and raised on South Hiawassee Road. She moved to Winter Garden when she married in 1946.

Holton recalls the dreaded last Friday of the month when everyone stayed late and pulled by hand all of the monthly statements and balanced them.

“What we did was double post,” she said. “You did it once, and you did it twice to check your work. … It meant you were doing two days' work in one day, and then the double-check made it 12 o'clock, sometimes 2 or 3 in the morning.

“Even if they were smart enough, if they tried to speed up the procedure, they would make mistakes. It was all done by hand. … That was before the electronics, and that was a slow go.”

If there was a discrepancy, it was Holton's job to inform the customer.

“If things go awry, there has to be a reason for it, and it's either in the department or with the customer,” she said.

The lobby always backed up on Fridays, which was payday, so two walk-up teller booths were added to the east side of the building to relieve the lobby tellers.

“People would try to get to that walk-up teller, and that line would get long, sometimes to the fire station, (now the SoBo art gallery on South Boyd Street),” she said.

It was a pleasure to work downtown, she said, but people seemed to act strangely when there was a full moon.

“One of the other things that could get unpleasant downtown was Society Security time, always on the third of the month,” Holton said. “God forbid that the full moon be out during that time. People who are normally really nice people would turn into monsters.”

She spent a great deal of time working in the drive-through when it was added to the south end of the bank.

“You sent a sucker to the child, and you had a little wafer for the dog,” she said. “And you asked the customer first if you could send a wafer to the dog.”

She retired in 1991 and still lives in Winter Garden.

Her daughters surprised her for her 88th birthday last month with a lunch that included many of the people she used to work with, and even two managers, Jerry Baker and Dan Dummett.

“Both of them didn't require anything more of me than was expected,” she said. “They were laid back insomuch that they didn't pressure you. Dan was always fair. And I don't know how many mothers (Jerry) has, but I was one of them. He came to work directly out of high school.”

“I have such wonderful memories,” she said. “You know, when you work with someone for so long, they're like family.” 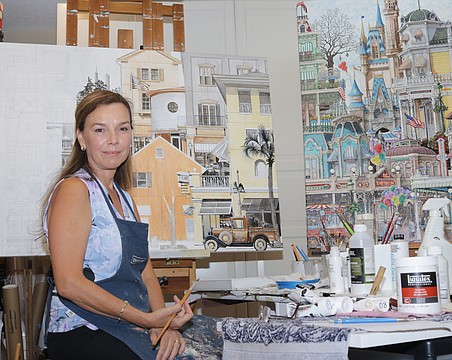 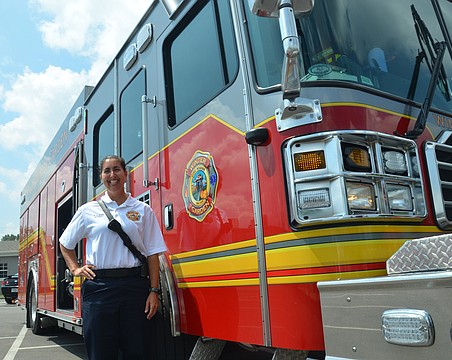 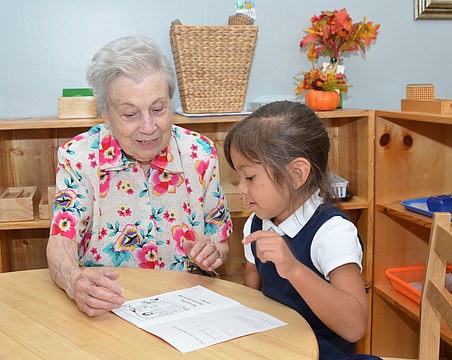 Kaufman tutors from the heart 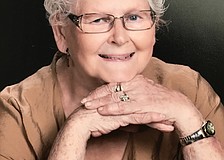 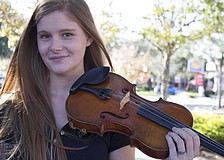 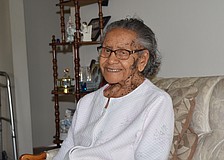 Life is good at 105 for Sally Lofton 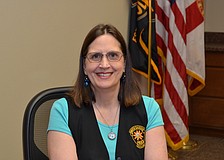 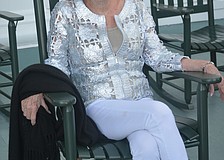