A new donation-only salon in Winter Garden is one woman’s way of giving back to the community and righting her wrongs.

Everyone makes mistakes. It’s the lessons we learn from them that help us grow.

Jennifer Grogan has opened a donation-only salon ministry in Winter Garden as a way of showing her community that people can make positive changes in their lives.

Inner Beauty Ministry occupies one of the 33 private spaces at iStudios Salons — where independent stylists rent individual salon space — in the Tri-City Shopping Center in Winter Garden. Grogan opened her business in January, and she uses this space to cut and color hair but also to hold meaningful conversations with her clients about God and the church.

THE RESULTS OF CHOICES

Grogan grew up going to church and currently attends First Baptist Clermont, but somewhere in between, her path took a different turn. She dropped out of school by the eighth grade, made some bad drug-related decisions and ended up on probation for possession of methamphetamines. When she failed to appear in court for an appointment in March 2012, she was found to be in violation of the order.

She expected to turn herself in and get in and out of jail as quickly as possible.

“My earthly father and my heavenly Father had other plans,” Grogan said. “My father had me arrested. As I was led off to jail, I spit in my father’s face. The next day, when I sobered up, I realized it was my father’s birthday. How ashamed I was.

But God had other plans for Grogan’s life.

While in jail for 63 days, she befriended a woman who gave her hope through kindness and a book called “How to Grow Your Faith.” She was initially disappointed to see that it was a Christian book, but the woman had made such an impact on Grogan that she read it three times that afternoon.

Something in her changed.

“The book talked about the parable of the mustard seed,” Grogan said. “I didn’t realize people still lived ‘knowing’ and ‘trusting’ in Him. … I started talking to God and reading my bible.”

She was able to witness and pray for another woman in the jail, and when her prayers were answered, she saw it as a message that this is the path God was leading her down. So she put her faith in God and stepped forward.

When Grogan returned home and to her little girls, who are now 11 and 9, she began giving age-appropriate testimonials to her daughters while she was giving them shampoos.

“I was telling them how Jesus washes us and cleanses us from all unrighteousness, and then I would condition their hair and say, ‘He’s conditioning us to go to heaven and seals us with his Holy Spirit,’” she said.

When separating her daughters’ hair into three sections for braiding, she talks about the trinity, about God being three persons: the Father, Son and Holy Spirit.

She said she felt called upon to open a shop and even to name it Inner Beauty Ministry. She is being the hands and feet of Jesus, she said. She filed for nonprofit status in 2015.

Prior to setting up in Winter Garden, Grogan was working at a salon in Howey-in-the-Hills.

“I asked her not to pay me and to donate the money instead,” she said.

This place is no different.

Currently, Grogan, the only employee, doesn’t pay herself. She’s searching for a stylist who is interested in donating a few hours or days to the ministry. Grogan is one of three directors; the other two are her husband, Paul Grogan, and Diana Ledford.

On average, three customers a day sit in Grogan’s only chair, sharing their stories with her.

“Sometimes, it’s a three-hour session,” she said. “It usually takes longer than we expect because we talk.”

Many tears are also shed in the small salon space.

“This woman grew her hair out to get married, and her fiancé had a massive heart attack and died,” she said. “She came in for a makeover, and we cried together.”

Grogan isn’t setting prices on her services, which include haircuts, highlighting and coloring; instead, she asks clients to make a donation. Some are single mothers who, after spending money on necessities for their children, don’t have much to take care of themselves.

“If you can donate, great. If you can’t donate, the Lord will always find someone who does,” she said.

She considers this a private space for women and children to engage in fellowship and prayer.

“We do a lot of praying with everyone,” she said. “I’ve even had people come in and pray for me. They say to put God in everything you do. This is a ministry, and I know it kind of looks like a salon, but it’s a ministry.

“I have a peace about me that people notice and a sense that as long as He is in control, everything will be all right,” Grogan said. “From an earthly father’s love to put his first-born daughter in jail to a heavenly Father’s love to bring her out.” 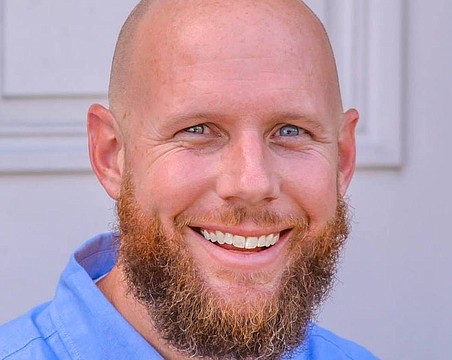 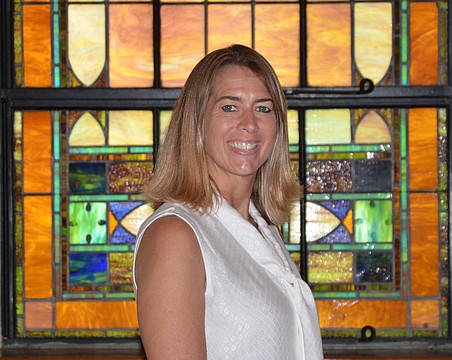 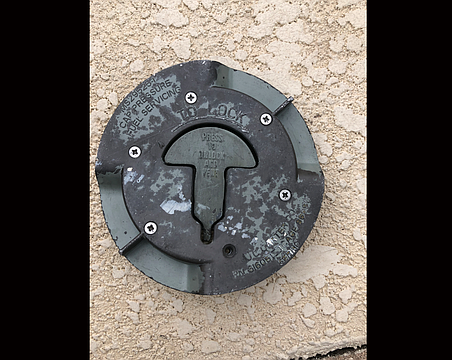 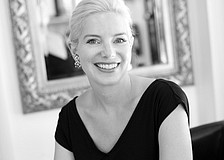 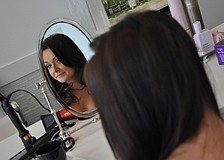 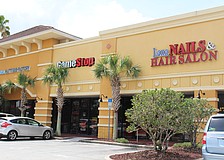 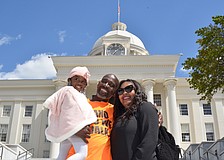