The beloved Winter Park restaurant has been in business for a decade.

The Ravenous Pig marked 10 years of business with a special dinner event Sunday, Oct. 8 — reflecting on a decade of delicious food that has come and gone.

It was a night to stop and celebrate all that has taken place over the restaurant’s run so far — and the camaraderie among their staff and other local chefs coming together.

“It feels great to hit 10 years, but the more exciting part (is) the people who are here,” James said. “They’re the ones who have really made it the way it is. They inspire me. I’m a competitive person and they’re competitive, so it makes everybody better.”

“We’re so busy and we just keep going, so it almost hasn’t really absorbed yet,” Julie said. “But I think tonight we really felt it as we look back and see everyone that’s been with us for 10 years.”

A lot has changed at the beloved Winter Park restaurant since it first opened its doors Oct. 7, 2007, at 1234 N. Orange Ave.

The eatery has grown in both square footage and following, now sitting at the old Harper’s Tavern property at 565 W. Fairbanks Ave. The building is also the former site of Cask & Larder — a Southern-inspired concept opened in 2012 by James and Julie, now located at Orlando International Airport.

The couple’s vision continues to grow. The two opened Swine & Sons Provisions next door and The Polite Pig in Disney Springs. The Petrakises also have been consulting partners at DoveCote, a French-inspired brasserie in downtown Orlando.

“We started out as a true neighborhood place, and I think it’s evolved past that at this point,” James said. “We never really expected that. When we started it was just ‘Hey, let’s serve out neighbors and make sure they’re having a good time.’”

The origins of The Ravenous Pig go back to when James and Julie met at The Culinary Institute of America in New York. Despite growing up two miles apart from each other in Winter Park and attending the University of Florida at the same time, the two had never met previously.

The couple married in 2005 and dreamed of starting a restaurant. They wanted a local, seasonal place to eat that was comfortable and casual.

“We went to London and explored the gastropubs, and we liked that,” Julie said. “It was such a laid-back atmosphere. You could eat a delicious dinner and not have it be pretentious.”

That atmosphere in London is exactly what helped inspire the name as well, Julie said.

“We kind of joked around about it,” Julie said. “‘Ravenous Pig? We can’t do that.’ We wanted to have a sense of humor, so people wouldn’t take it too seriously.”

Although much has changed at The Ravenous Pig in 10 years, many classic menu items remain from day one.

Dishes such as its famous shrimp and grits, burgers and pig tails continue to come out of the kitchen on a regular basis.

James and Julie have received great notoriety and praise for their culinary work at the Winter Park restaurant over the past decade. They have received multiple James Beard Foundation nominations, and renowned culinary minds such as Food Network star Alton Brown have stopped in for a taste.

The Ravenous Pig has become synonymous with Winter Park dining, and James and Julie couldn’t be more thankful.

“When we look back, we feel so lucky, because it was at a time when there weren’t a lot of independent restaurants,” Julie said. “We just went for it and had a lot of talented people that wanted to do the same thing. We just happened to be at the right place at the right time. A lot of people told us, ‘This location is doomed, and you’re never going to make it.’ … The people of Orlando were ready for it.”

James said he and Julie are working on a new concept in Winter Park, although the details still remain a delicious mystery. 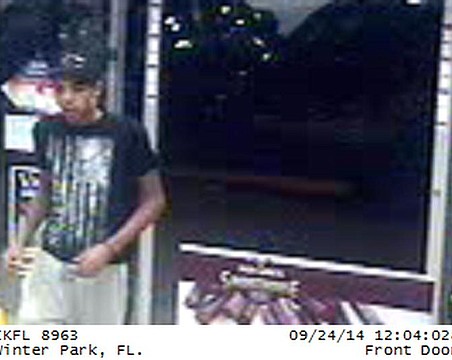 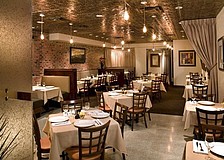 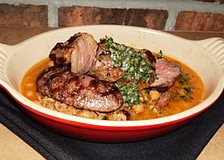 From the corner table 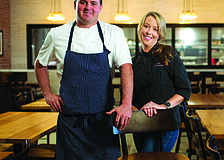 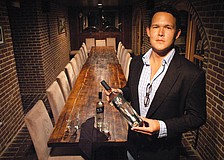 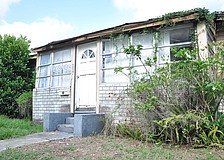