Parents and board members from Ocoee Little League voted July 9 to transition the league from operating under Little League to Babe Ruth Baseball, where it will now be known as West Orange Babe Ruth.

Speaking to the gathered parents and board members at the Tom Ison Center in Ocoee July 9, Tom Hardy did not mince words when describing the health of Ocoee Little League as it stood following the spring 2018 season.

The participation numbers for the league were in decline, having gone from 278 kids in the league in spring 2017 to just 150 kids this year.

“It’s not a pretty picture,” Hardy said. “My heart says that, if we do nothing, in two years, there will be no Ocoee Little League.”

There will, in fact, be no Ocoee Little League in two years — or even as soon as this fall — but that is not because of inaction.

Rather, Hardy and the board of the former Ocoee Little League utilized the meeting to present a case for a big change: transition the league to Babe Ruth Baseball instead of Little League.

Hardy’s presentation was followed by a question-and-answer session and, ultimately, a formal vote. The result was overwhelming — by a reported vote of 53-1, it was decided Ocoee Little League, which has operated in the community under that name since 1962, will transition to operation under Babe Ruth.

The move also comes with a name change — the new league will be known as West Orange Babe Ruth, to reflect its new, broader borders for participation.

Afterward, Hardy reflected on the decision to take a significant measure under dire circumstances for the league.

“The direness is we’ve watched, year-over-year, to the point where we barely have enough kids to make teams and be competitive,” Hardy said. “The advantage with Babe Ruth is we’re able, under the ‘West Orange’ blanket, to reach out to kids in Winter Garden and Windermere.”

Indeed, the new borders for the league — which has been granted tentative charter approval by Babe Ruth — include all of Ocoee proper, Winter Garden, Windermere, Gotha, Orlo Vista and MetroWest, Dr. Phillips, Pine Hills, Oakland and even Apopka.

“The direness is we’ve watched, year-over-year, to the point where we barely have enough kids to make teams and be competitive."

That new area from which to draw children will provide a contrast from the league’s border while in Little League.

Those borders roughly followed State Road 50 going east from its intersection with State Road 429 to Hiawassee Road, making up the southern border. The eastern border went north from that intersection to its northern border, which ran along Clarcona-Ocoee and McCormick roads. That border would meet back up with the 429, traveling south to form the western border.

At the meeting, Hardy lamented the existing borders, which did not extend to cover the entirety of the Ocoee’s city limits, as well as Little League’s policy that students who attend school outside of their Little League boundaries can play for the league in which that school is zoned.

An example would be that students in Ocoee who attend Hope Charter, which is west of State Road 429, could play for Winter Garden Little League instead of Ocoee. This could be a popular choice, because most players want to play with their classmates.

It was also the position of the former league’s board that travel ball had become an obstacle to participation in a local league — as it has more broadly for leagues around the country. The COBRA program offered by Babe Ruth, which operates as version of travel ball within Central Florida Babe Ruth leagues, was also cited as a possible aid to increasing participation.

“We lose kids to travel ball, and with Babe Ruth, we now have that travel-ball option, under the Babe Ruth umbrella, locally,” Hardy said.

The process for this change is just beginning. Hardy acknowledged much of the heavy lifting for the transition — and starting a new entity — is still to come. West Orange Babe Ruth will join other local leagues under Babe Ruth in Altamonte Springs, College Park and Winter Park, among others. The new league will be in Florida Babe Ruth Baseball & Softball’s Southern Florida District 12.

Despite the name change, Hardy said the new league will still have the support of the city of Ocoee and be able to use its fields as it had as Ocoee Little League.

Representatives from Florida Babe Ruth Baseball & Softball championed an increased degree of flexibility for individual leagues to make decisions and also what they said is a simpler registration process as compared to Little League. Hardy said the new league will try to keep its costs low but said costs for the fall season and beyond are still to be decided.

“We have to figure some stuff out — we want to try and keep it competitive,” Hardy said. “We also want to be very transparent about our costs. … If you look around, historically, we’ve always been one of the cheapest costs.”

There is no rest for the transition team, either, because the league hopes to have transition fully in time for the fall season. Although success is far from guaranteed with the changes, the hope is a larger umbrella for the new organization will create opportunity for more local children to play ball.

“There’s a tremendous amount of kids we have the ability to reach out to in this area to play baseball,” Hardy said. 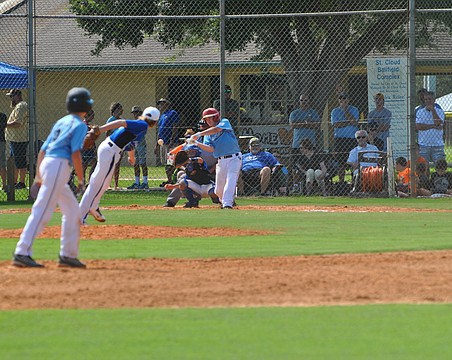 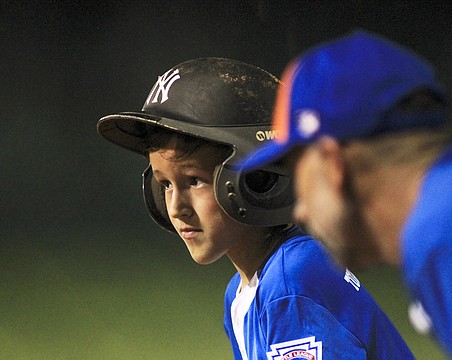 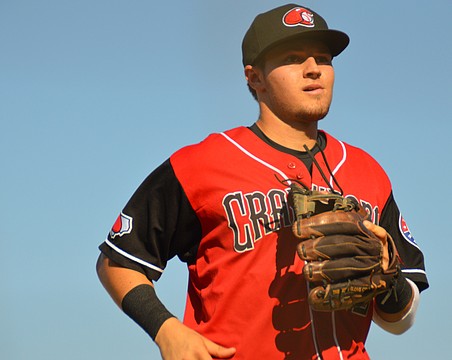 Kole Enright journeys through the Minors 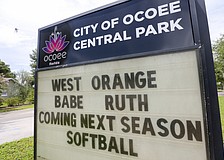 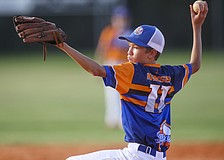 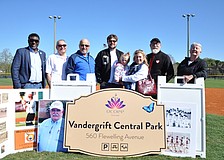 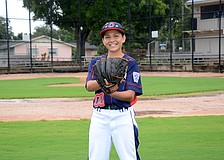 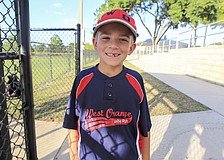