The artist's work titled "Ripples" has found a permanent home at the facility.

One Winter Park artist now gets to see one of her creations every time she hops on a flight out of Orlando.

Sculptor Barbara Sorensen recently had one of her works hand-picked and installed at the Orlando International Airport. The installation gives travelers a piece of art to examine and enjoy as they arrive and depart.

The art hangs from a wall not far from one of the security screening areas, in a hallway that leads to the airport’s recently constructed automated people mover complex and a future south terminal.

“I’m honored to have it in here,” Sorensen said. “It’ll be here for posterity, so my children will always remember Orlando as their home with this piece. It’s almost like a commemorative piece for my family.”

The sculpture, titled “Ripples,” is made up of several aluminum pipes that were cut in half, twisted and bent into wavy shapes, and painted white on a wooden board.

Sorensen said the work, which was originally on display at the Mennello Museum of American Art last fall, was inspired by the way water in a lake or an ocean “dances” on its own.

“One of the things I see is that Orlando is scattered with lakes and water,” Sorensen said. “My piece addresses the gorgeous water we have. When I look at the surface of water, I see movement. I see action. I see dancing on top of the water.”

The art, installed in late October 2017, continues the theme in the Orlando International Airport of works that are inspired by Central Florida.

Sorensen’s piece is one of the latest out of hundreds of original creations that hang from the walls at the facility.

But there’s more that goes into choosing art for an airport than one might think, said Carolyn Fennell, senior director of public affairs with the Greater Orlando Aviation Authority.

“The key is, one, celebrating local artists that fit the theme, that have a national reputation,” said Fennell, who saw Sorensen’s piece in the Mennello Museum and thought it was a perfect addition. “It’s also calming. We use art for way-finding, for anxiety reduction and for just a sense of value and culture to highlight the region. We use art in many ways.”

Sorensen has been creating art since she was 20 years old and studied art at the University of Wisconsin. She has a history of working with clay and ceramics, but recently began to incorporate other materials such as metal and wood. These materials have a far more permanent quality that appeals to her, she said.

“This, for me, was just a natural transition to new material,” Sorensen said. “I really treated this very much like clay. This particular metal that I chose has little lines in it. … It somehow emphasis the form and the shape more. You can see the swoops.”

It’s wonderful to see the city’s local airport embracing the arts and putting it on display, Sorensen said.

“By honoring art, it introduces people to Orlando and gives a sense that we are a cultural community,” she said.

Sorensen said she plans to create more works similar to “Ripples” in an ongoing series. 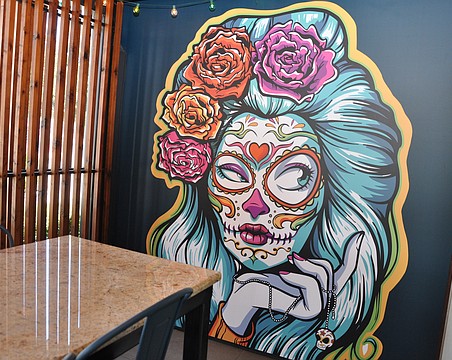 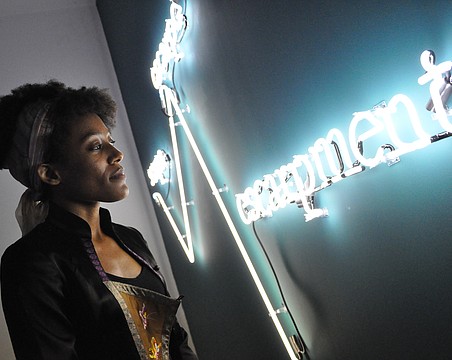 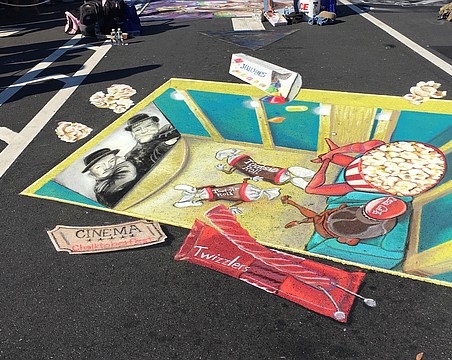 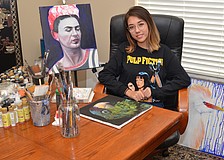 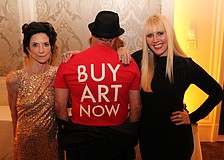