Windermere resident and Disney show director Ken Malquist is combining his creative passion with his faith at the Follow the Prophet Florida Devotional event at the Amway Center.

Ken Malquist is a storyteller — but now he gets to play a part in sharing what many call the greatest story ever told.

“Imagine getting a call saying that Moses or Noah or Abraham was going to come and speak to people, and you’re being asked to help set that experience up — that’s the level, that’s the joy and the humbleness that we have and the reverence that we have for our modern-day prophet, just like we read in the Bible,” Malquist said. “That’s the magnitude of this.”

Malquist is no stranger to putting on a spectacle. In his day job, he gets to tell stories with The Disney Event Group as a show director, working with companies that come to Disney to host private events.

“We use all of our creativity, storytelling and technology innovation to help tell their stories — to help them achieve what they’ve come to do, whether it’s a sales meeting or whether it’s an incentive meeting,” Malquist said. “We can provide anything and everything for them, from audiovisual to entertainment to the room decor to special experiences in all the parks.

“What we found is when you engage all of the senses and all of the emotions, the storytelling is deeper and people have a tendency to listen and retain more,” he said.

Malquist uses technology, fabrics, color palettes and music to immerse an eventgoer in an atmosphere to help send a message. In the past 20 years working for Disney, he also has helped bring to life numerous elements in the parks, resorts and on film and television, including fireworks displays, shows and other attractions.

“I came here to help get Epcot ready for the millennium celebration with all the entertainment and experiences for the guests,” he said.

Malquist has had a passion for the stage dating back to his days in high school in California — back when he stood in the spotlight himself as an entertainer.

While attending Brigham Young University as a student, Malquist performed in traveling singing and dancing groups that spread the message of The Church of Jesus Christ of Latter-day Saints. He later became interested in the production side of shows and graduated from BYU with a degree in film and television production in 1989.

Around that time, Malquist was chosen for an internship with Disney back when Disney’s Hollywood Studios first opened as Disney-MGM Studios. Malquist spent a few years working there in film production before heading back to California. He eventually returned to the company though in the late ’90s and has been in the Orlando area with his family ever since.

The Windermere resident may work for Disney — the place where dreams come true — but getting a call from his church to be a part of the prophet Russell Nelson’s visit is a true once-in-a-lifetime opportunity, Malquist said. It’s a chance for him to combine his faith with his creative passion as he transforms the Amway Center into something spiritual, he said.

“This is a house for the Lord — this is the house of learning and instruction, and when you have a prophet coming to speak to you, you want to be open to the spirit, to listen for the message from God,” Malquist said. “Trying to create this arena that normally houses all of these sports experiences — and I was just there for my daughter’s graduation, and they did a wonderful job with that — we need to transform this through the colors, through the music and through the setting and through the visuals that are all on the screens to turn it into an extension of one of our churches or one of our temples. 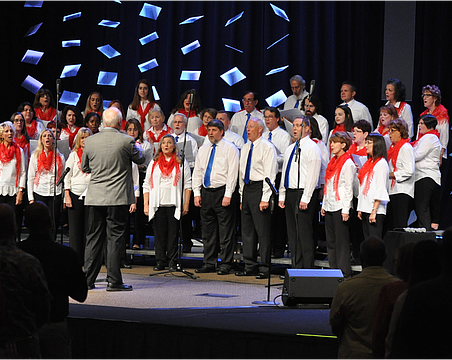 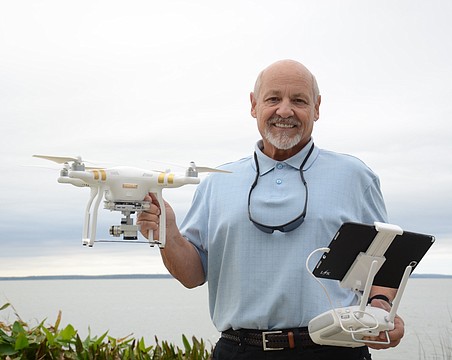 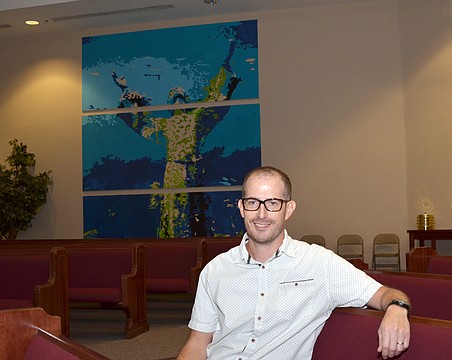 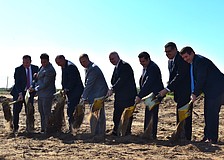 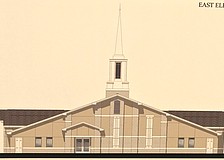 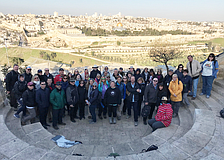 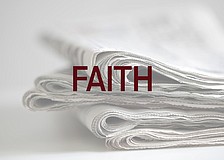 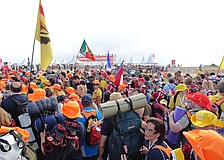