Eislinn Gracen’s piece, “Wolf in a Concrete Jungle,” was featured in a table reading during the Be Original Theater Festival.

Rowen is a senior in high school, and she can’t wait to leave her little town of Ithaca, escape her neurotic father and become a veterinarian. But things get complicated when she tries to navigate the realities of being a werewolf.

Such is the premise of West Orange High School theater student Eislinn Gracen’s play “Wolf in a Concrete Jungle,” recently selected as a winner in the Be Original Theater Festival Contest. The competition was sponsored by New Generation Theatrical and was open to playwrights. Sixteen winners were selected to have their work performed, either as a table reading or a simple staging, in front of an audience at the festival, which was held Oct. 4 through 6 at the Dr. Phillips Center for the Performing Arts.

At 15, Eislinn is the youngest competition winner. Her play was presented as a table reading twice that weekend.

“It was so surreal,” she said of the experience. “I was just doing this to get feedback because this was my first play, and they really liked it.”

Eislinn said several groups have reached out to her to further develop the play into a staged reading or workshop.

“My main goal is to get this sucker published,” she said. “That would be a dream come true; just to spread the message of this show. I feel like it’s really needed.”

She said the wolf is a metaphor for mental health or any other “burden” in one’s life. And she likes the play because it has a strong yet flawed central female character, which she said needs to be more prominent in modern writings.

Eislinn started writing “Concrete Jungle” in the spring during one of her freshman classes. She rewrote it three times before submitting it into the contest.

“You write something, and people read it out loud, and it makes you cringe,” she said. “I wrote that. … And then you see people in the audience smiling; they like it. … I’m so thankful for the people who came and reacted the way they did.”

A Florida Theatrical Association Award was presented to Eislinn at the conclusion of the program.

With one win under her belt, she’s eager for more. She already has written another play she plans to submit for the District V theater competition. “Gallarium” is a comedy about four pieces of art that live in a museum, two of which — the modernist expressionism work and the older Victorian painting — don’t get along.

“It’s about the relativeness of art and what defines art,” Eislinn said. “That’s my pretentious work; every writer has at least one. I’m trying to do something different with this one. … I’ve never let anyone read it yet, and no one will until districts. It’s that whole cringey thing.”

Rounding out the characters are a Renaissance statue and a Van Gogh surrealist piece. Eislinn envisions it with a minimal set and performed in an actual art museum with the actors standing behind windows to represent the art.

Eislinn fell in love with musicals at a young age. She can remember car rides with her mother included music from shows such as “The Pajama Game,” “Hair,” “Hairspray” and “Baby.”

The teen’s current favorites are “The Last Five Years,” “The 25th Annual Putnam County Spelling Bee” and “Hedwig and the Angry Inch.”

Not only is Eislinn knowledgeable in the performing arts, but she is skilled at it, too. She is no stranger to the school stage, having attended magnet programs at Howard Middle and Dr. Phillips High schools before transferring to West Orange this year. She has performed with the Orlando Repertory Theatre, as well.

Most recently, she took on roles such as fading film diva Jessica Cranshaw in West Orange High’s “Curtains” and Mammy Yokum in the Rep’s summer performances of “Li’l Abner.”

“I’m really into those character roles,” she said.

After high school, Eislinn wants to study theater in college, maybe New York University or Ithaca College. She lately has become interested in skit improv comedy along the lines of “Saturday Night Live.” SNL actresses Kate McKinnon and Kristen Wiig are her inspirations.

Her ultimate goal, though, is to perform on Broadway.

But, for now, she still has two and a half years of high school and knows she has plenty of time to snag more stage performances and perfect her theatrical craft. 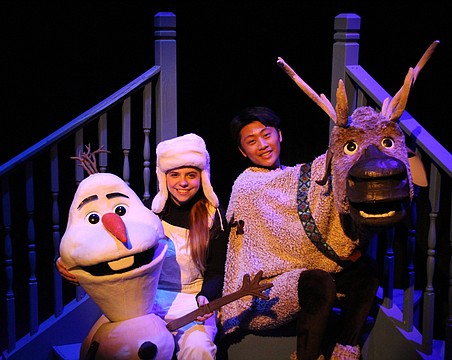 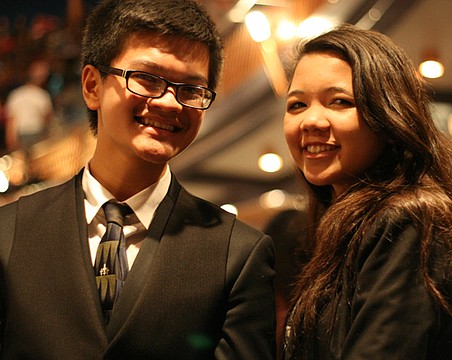 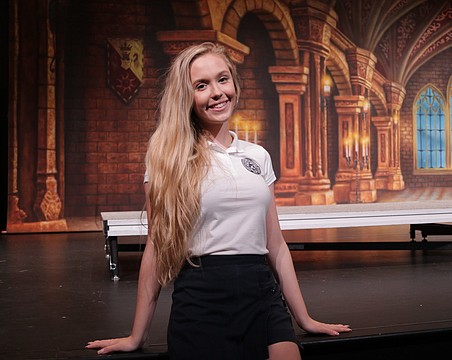 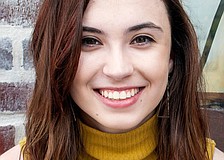 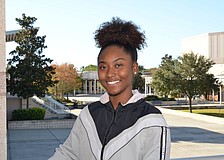 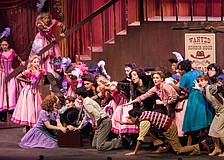 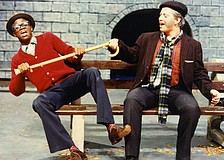 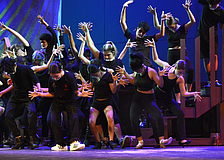