The four-day festival is showing its selected films virtually this week.

Kim Polo put the finishing touches on her new documentary — “Don’t Forget Them” — in January and was applying to film festivals when the coronavirus pandemic resulted in societal lockdowns around the world.

The world premiere for “Don’t Forget Them” is June 3 through 6 at the virtual Orlando International Christian Film and Music Festival. The film, produced by a West Orange County company, features a local doctor who travels as a volunteer on a medical mission with the nonprofit organization Love for the Least to help with the ongoing refugee crisis in Kurdistan.

The film is one of 54 documentaries selected for this year’s festival.

To watch the locally produced film, as well as other chosen documentaries and feature films, visit internationalcff.org. Tickets can be purchased for individual or multiple movies.

The West Orange County writer and producer was disappointed, as were two other people deeply involved in the project meant to raise awareness of the refugees in the overflowing United Nations camps in Kurdistan. But she took the news in stride, and it ended up being just what she needed to get more eyes on her film and more awareness for the refugees.

“This festival … has decided to go virtual,” Kim Polo said. “We went from showing in one theater, (and) now we have a four-day worldwide opportunity. It’s incredible, it’s amazing.”

FROM DOCTOR’S VISIT TO DOCUMENTARY

Kim Polo supports Love for the Least, a nonprofit organization that share’s Christianity with people who are “unreached,” according to its website.

She said she was seeing photos and hearing the stories of the dozens of refugee camps in Kurdistan, a semiautonomous region of Iraq.

“The stories are heartbreaking, the images are shocking, the people are so kind, and I just thought, ‘This story needs to be told,’” Kim Polo said. “More people need to see it. I felt many people didn’t know what was still happening.”

When her husband, Dr. Jose Polo, learned doctors were needed for a medical mission, he expressed an interest in volunteering his time and sharing his medical knowledge at the camps.

“I thought, ‘Let’s film it, and we’ll put together a documentary,’” she said. “‘We’ll film the trip, who you meet and what you see so other people can see what it’s like.’”

“I said I would love to go and see what (this is) about,” Jose Polo said. “We hear a lot of things, and, when I went there, I was very welcome; the Kurdistan people love Americans.”

Jose Polo, a Colombian doctor who practices medicine in Orlando, spent nine days in Kurdistan in April 2019. He and another doctor went to two of 30 refugee camps, each with about 30,000 people living in close quarters. The number of refugees seeking shelter is staggering, Kim Polo said.

Kim Polo said the camps are filled mainly with women and children, as many of the men were killed. As the stories unfolded in the region, news coverage was plenty, she said. But when the story died down, she said, these people still were stuck in the crowded camps waiting for asylum.

“If they don’t have papers, if they ran from ISIS, they don’t have their documents, or they were kidnapped or released, they don’t have a safe place to live,” Kim Polo said. “They don’t have money because it was stolen from them, or they don’t have a way of creating a living for themselves. The organization we were working with — they focused on trauma care, mental health counseling, English classes, trying to work on education, normal life, as well as basics, food, water, jackets (and) winter shoes.”

Mark Sweeney, a West Orange County resident, is chairman of the board for Love for the Least — Middle East Division and has been to Kurdistan three times. His nonprofit goes to regions in conflict such as this after the United Nations sets up the camps following a catastrophic event.

The producer said she hired a Kurd living in the United Kingdom to meet her husband there to do the filming.

Afterward, she said, “I got the footage and put together the images, the story, got it all edited and the music added, and then we finally completed it about January 2020.

“We started applying to film fests, it was a small budget, and then coronavirus hit,” she said. “Since we’re a small budget and we’re looking to show as many people as we can, even the small festivals are an opportunity … for people to see it and want to help.”

“A lot of what my film is about is activism and support for the people who are on the ground working,” she said.

“You feel connected to Dr. Jose, the people he talks to, the kids — you feel for them, and it puts an emotional connection on it,” she said. “It’s really about the people that are left there trying to make a living and find hope and a future and rebuild, and I just want people to see that.”

Jose Polo hopes to see the film create awareness of what’s going on, “not only what’s going on with the Syrian refuges in Kurdistan … but the refugees around the world,” he said. “We have to turn our sight to them, we have to look for them. … All these Kurds, they don’t have enough doctors and nurses to help. Even though some governments are willing to help, they don’t have enough people for it. The money is there, the food is there, but there aren’t enough people to help. We need more people in the medical field.”

As soon as he is able to travel again, he plans to return to the area to continue giving medical service to the camp residents.

He said Kim Polo did an incredible job of sharing his organization’s message in the film.

“We’re thrilled,” Kim Polo said of the nomination for Best Documentary. “It’s a small budget, it’s a small group of people, and we’re just trying to make the biggest impact that we can.” 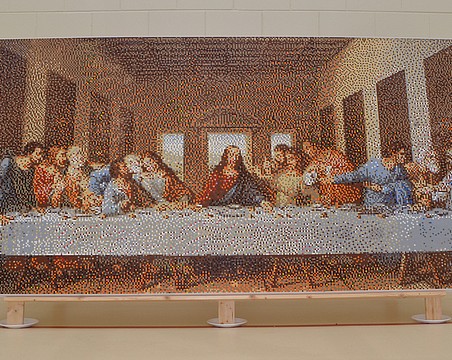 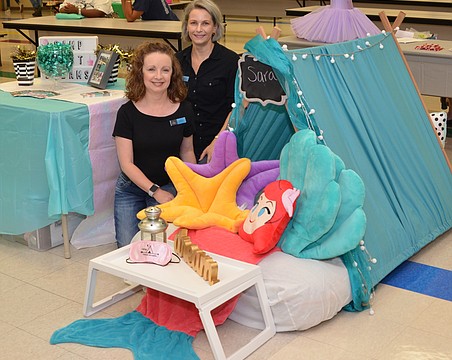 Camp Sweet Dreams brings the slumber party to you 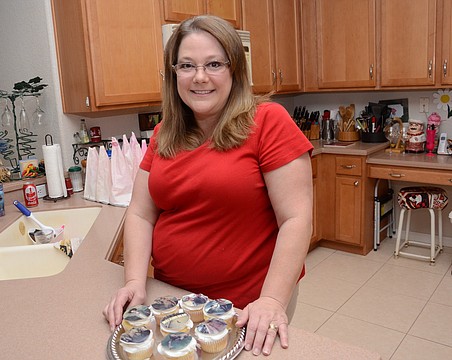 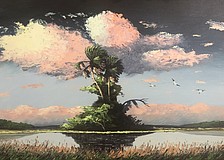 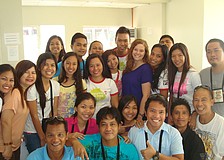 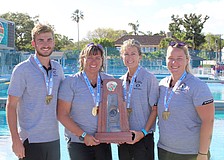 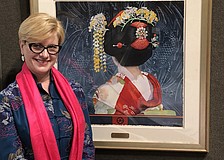 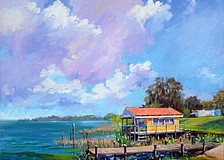