These are the names, faces and places of yesteryear in West Orange County.

Work on the new Winter Garden Theater was progressing rapidly under the direction of C.M. Biggers, owner.

Mr. and Mrs. C. Frederic Mather-Smith entertained this week with a series of parties at their winter estate in Oakland. Their Monday dinner guests were Mr. and Mrs. G.S. Hall and Mr. and Mrs. C.W. Irrgang Jr.

Walker Field on Park Avenue is being improved with an additional 540 new seats, and 180 of them reserved. The total seating capacity is 740.

Orange County schools received word that because of the danger of mosquitoes carrying the St. Louis encephalitis virus, all outdoor, nighttime activities were canceled in all public schools until further notice.

Ruth Hawk was named Disciple of the Year at the First United Methodist Church of Winter Garden for her selfless work in the church and community.

West Orange Habitat for Humanity celebrated the dedication of a new home in Ocoee for the Gray family.

This advertisement in The Winter Garden Times used a tongue-in-cheek way to promote National Newspaper Week. Before the invention of the internet, West Orange County residents got most of their local news each Thursday in the community newspaper. This was the best way to learn who was engaged, who got married, who gave birth and who passed away in the previous week.

“If it’s in print it stays there,” the ad reads. “It can be checked and double-checked. It forms a permanent record. It’s not chatter, in the air, loose talk.”

Automobiles got ready for participation in the Tildenville Carnival parade in October 1966. The lead vehicle heralds the opening of the carnival, followed by an antique car carrying members of the Para-Medics Club. Winter Garden photographer B.P. Hannon took the photo, found in an envelope labeled “Miss Annie Connell” in a large collection of his work. Connell was principal and taught at the Oakland-Winter Garden School, which later became Tildenville Elementary.

If any of readers can share more information about Tildenville Elementary carnivals, call the Winter Garden Heritage Foundation at (407) 656-3244. 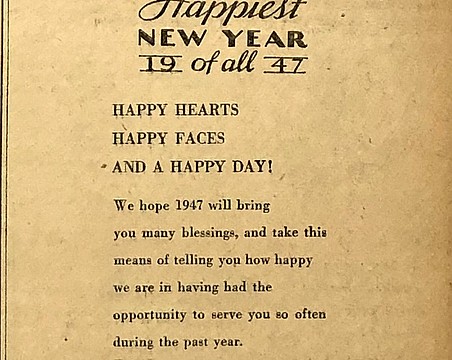 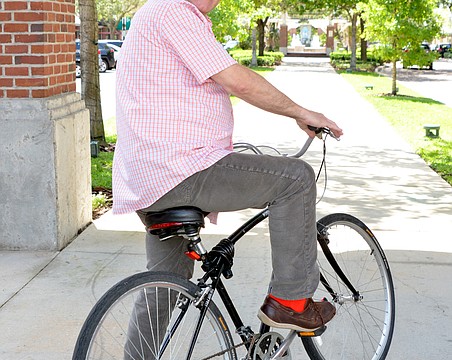 Pedal back in time with Jim Crescitelli 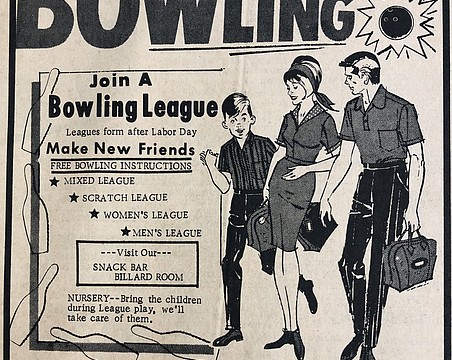 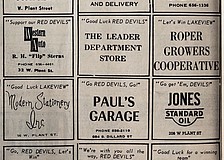 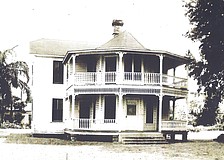 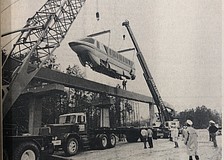 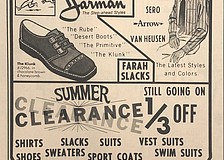