Despite not having a usable track on campus, the Lakers track and field team is finding success thanks to dedicated coaches and athletes.

Toward the back of Windermere Prep’s campus, the school’s track and field team sets up for a normal afternoon practice.

Standing off to the side of the school’s concrete track, Simone Facey — who coaches the sprinters — marks up the grass for her sprinters and the others. This is one of the biggest challenges the team has to face, said Devin Bennett, who coaches the track and cross country teams at the school.

“The track surface is too hard, so we choose to run on the grass — on the perimeter — and we can’t really train or compete on our surface,” Bennett said. “We have the perimeter precisely measured and marked to basically serve as a track, so 100% of our training is on grass.”

Running on grass presents challenges. It slows down the runners and also gives them a different feel from what they would experience at meets.

However, being forced to train on grass has its perks, too. It offers more stability, often leads to fewer injuries, and with the extra friction and energy absorption of the grass and soil, it often will make a runner stronger and faster, Facey said.

“I try to explain to them: Being on the grass is not a bad thing,” Facey said. “I ran on grass my whole life when I was a junior athlete, and I see the result I got from training on the grass. So I know they’re going to do very well — I’ve already seen the result from the grass training.”

In Facey’s case, her training in grass fields in her home country of Jamaica helped her win several gold medals as a junior athlete before going on to win medals at the Pan American Games, World Championships and a silver medal in the 4x100-meter relay at the 2016 Olympics in Rio de Janeiro.

The former Olympian joined the staff at Windermere Prep before the start of last season — which was shortened by COVID-19.

“It was an easy transition — I didn’t even know how easy it was until I literally went to my first training,” Facey said. “I was like, ‘Wow, it’s so much different to be on the other side with the whistle and the stopwatch.’”

Facey’s natural ability behind the whistle was immediate, and it was something that Bennett noticed, he said.

“She showed up to practice and just kind of took over the sprint team like she had been coaching there for 10 years — she literally just showed up and didn’t miss a single step,” Bennett said. “And the kids trusted her as if she was a coach who had been there for 10 years.”

On the sprint side of things, the boys 4x100m team — comprised of Zavien Williams, Wade Martin, Vishan Patton and Rafael Betancourt — is a ragtag group that features just one track-focused athlete. Regardless of track not being the first sport for three-fourths of that unit, Bennett said he believes the team could make a serious run at states.

In addition to the sprinters, both the boys and girls teams have made significant strides this season — the teams have set eight school records since February. For a program that has only been in existence for 12 years, this has been a tremendous season of growth, Bennett said.

“(It’s) consistency from the coaching staff,” Bennett said of the program’s success. “Obviously, I was kind of green when I first started, but as a coach, if you can convince the kids you know what you’re doing, if you can show — through the competitions — that they’re improving, if you give them a time and you can get them to believe that they can beat that time, that’s essentially how you build a program.” 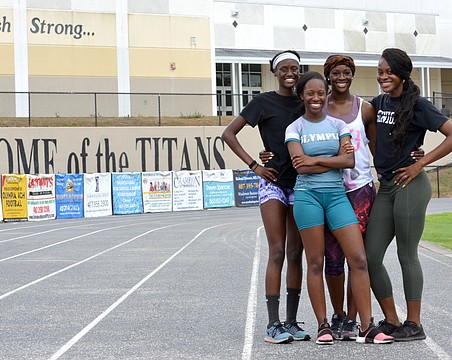 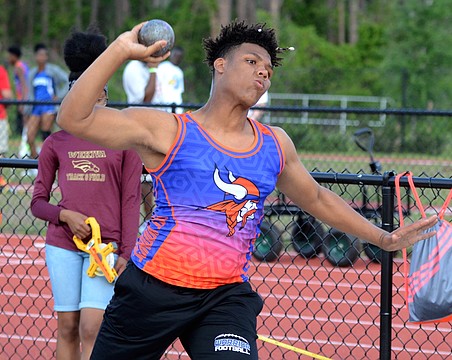 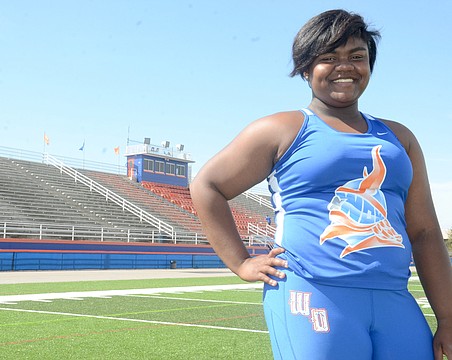 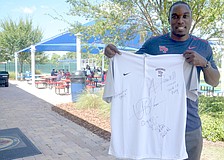 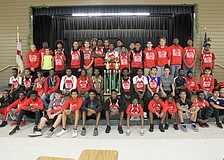 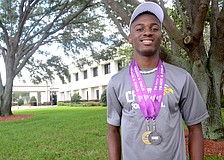 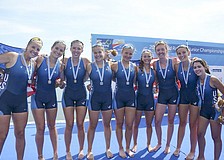 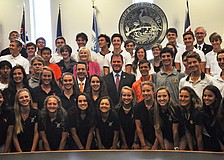