The Windermere actor revels in the chance to be someone new with each film or stage character.

David Raizor acts out a scene with his co-star in “Sandpaper,” in which he portrays an eccentric carpenter.

David Raizor acts out a scene with his co-star in “Sandpaper,” in which he portrays an eccentric carpenter.

David Raizor portrays a hobo in “The Show Must Go On.”

David Raizor portrays a hobo in “The Show Must Go On.”

David Raizor plays the judge in "You Can&#39;t Take My Daughter."

David Raizor plays the judge in "You Can&#39;t Take My Daughter."

When the movie began Friday night at a downtown Orlando theater, David Raizor was curious to see how much time he would spend staring at his own face on the big screen. The Windermere stage and screen actor was attending the premier of “The Waiting,” a “horror suspense rom-com,” he calls it, in which he had a small role.

It turns out he — and everyone else in the theater — would watch him portray Sean Davis in four scenes — three or four minutes total.

This is hardly the first time he has watched himself become someone else.

SEND IN THE CLOWN

Raizor has been featured in a supporting role as a judge in a Lifetime Channel television movie called “You Can’t Take My Daughter,” which also starred Kirstie Alley; eight leading roles and 17 supporting roles in film; and many more commercials, including one for St. Joseph’s Hospitals/BayCare Health System with his golden retriever, Lexi. He has had multiple voiceover gigs; plenty of theater and live-performance stage presence at SAK Comedy Lab and in murder-mystery shows; and once had his own show as Magic the Clown.

He was voted Class Wittiest in high school, but clown school is where his passion for receiving attention surfaced. He studied the art of clowning at Fun World Clown Alley in Orlando before heading to Virginia for even more advanced clowning lessons. He trained and performed with some of the great Ringling Brothers clowns, which included Frosty Little, one of only four Ringling Master Clowns.

He even ran his own clown school.

He took improvisational classes at SAK Comedy Lab in Orlando and at Valencia College. And all of this practice has paved the way for Raizor’s acting career. He can be seen in several movies that have made their way onto Amazon Prime, including “Dolphin Island,” “A Brilliant Monster” and “Sandpaper.”

The movie is set near Sugar Mountain and is based on a true story, he said. It was filmed in the actual house where the events of the movie actually took place.

“You pour your heart and soul into this, and then to be nominated, it’s like validation,” Raizor said. He was up against three other actors, including Richard Thomas. Raizor portrayed Howard, an eccentric local carpenter who builds a deck for a newly divorced woman. As the movie continues, Howard’s behavior grows more and more complex and his devious personality becomes a threat to the woman.

“I did like playing this carpenter in ‘Sandpaper,’” he said. “He’s a little bit out there. I liked him a lot.”

“Dolphin Island” was released last week, too. He filmed this movie in three weeks in the Bahamas last year, right before the pandemic started.

“It just so happens that you do these films over the course of the years; and I’ve had three come out in a few weeks,” he said.

Raizor gets his character roles and commercial auditions through an agency.

Just last week, he was auditioning for a role in a commercial.

“I’ve worked with casting directors before, and you never know why they choose one person over another.”

COVID-19 has put a halt to in-person auditions, and actors now must record themselves. He and his wife, Susan, are empty-nesters, he said, so they converted one of their bedrooms into a studio.

“We’re just a couple of old white guys; we kind of bump heads because we’re all the same age,” he said.

In 2009, Raizor was diagnosed with neuropathy and was forced to retire from his job as a real-estate broker. He said when he told his neurologist he didn’t want to take the medication anymore, the doctor said he needed to find a hobby. So he returned to clowning.

He also did murder-mystery shows for a time, and the traveling troupe went all over Florida and into Alabama.

His performances soon morphed into film and television work.

“I love investigating new characters and becoming new people; that’s so much of the thrill of it,” Raizor said. “My wife will be driving along, and I’ll start mumbling. She’ll ask who I am. ‘I’m a psycho priest, or I’m a homeless guy.’ It’s such a thrill to bring these people to life, and now I’ve started writing my own stuff.”

He has written several shorts and an episodic he hopes will be filmed around Winter Garden. He has penned 12 episodes and has several actors in mind to play the characters. Eager to get started, Raizor was meeting this week with an acting coach and the main characters in the first episode.

“Theater is instant gratification,” he said. “You do the piece, and at the end the people applaud or they throw tomatoes.”

By contrast, sometimes it takes years to see a film to completion. His latest three films were filmed over three years.

He has tackled many different roles, including a murderer several times, but there are characters he won’t play — those who are racist in nature and those who abuse children.

Everything can be used as experience: lessons, classes, auditions, readings, roles one might pass on.

“I take acting lessons,” he said. “It’s like any craft, if you think you’re the best, you’re not.”

And he takes all roles that appeal to him. He just finished shooting scenes in Miami for a romantic comedy in which he portrays a married man raising a godchild and helping him “get the girl.”

He has played the cool spy, and he has been the man who lost his family to the apocalypse and gets to be the guy who gets revenge.

He said the most fun character probably was a silly hobo.

If given the chance to have a dream role, Raizor said he would love to see a remake of “On Golden Pond.” He also has a story in his head that involves a destitute old man who needs to reconciliate with his family before it’s too late.”

He said he has never been one to hold out and waiting for the pie-in-the-sky role.

“Someone said there’s no small part just small actors,” he said. “I’ve gone to some (screenings) where I had 45 seconds of acting and it was cut to three seconds. Some of my best acting ended up on the cutting-room floor.”

However, his acting career had had one unintended consequence: It brought out his wife’s critical eye, affecting her ability to sit back, relax and take in a flick without scrutinty.

“My wife at first said I have ruined her for watching television and movies,” he said with a laugh. “ ‘That cup wasn’t there; oh, now it is. The seatbelt was on, and now it’s off.’ She sees the (lack of) continuity.”

David and Susan Raizor have been Windermere residents since 1996. He considers himself a down-to-earth fellow.

“We’re like any other family,” he said. “My daughter was raised with a young lady across the street, and she still calls Susan and I mom and dad. She saw the (promotional) billboard and stopped the car and screamed and took a picture.”

For a complete list of Raizor’s credits, visit imdb.com. 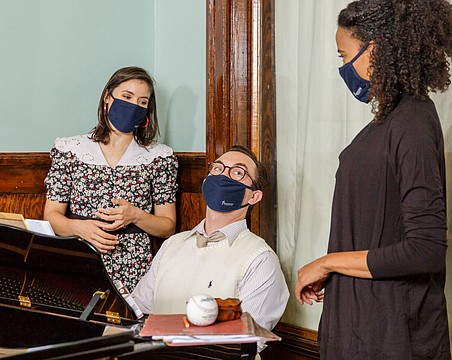 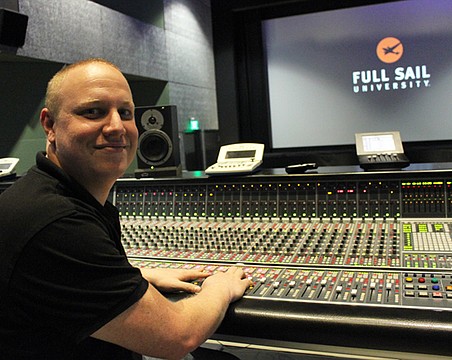 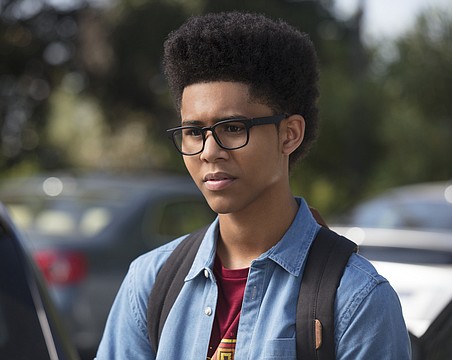 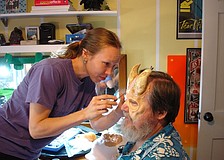 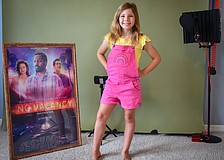 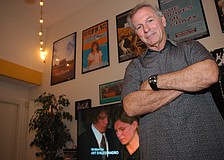 Living in the script 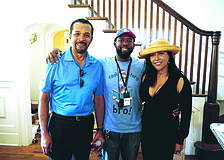 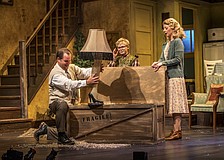