OBSERVED: We said, ‘Never forget.’ Time to mean it.

On this, the 20th anniversary of 9/11, take the time to be authentic and honest about what happened that day.

About a week ago, we asked our Facebook followers to share their “Where were you on 9/11?” stories.

And like anyone old enough to have one, the dozens who responded can recall, in riveting detail, every second of that morning. They remember where they were, whom they were with and the emotions they tried — futilely — to control.

“I had a weird feeling and begged my then boyfriend (now husband) not to go into work that morning,” Katie Holmes Leccese shared. “I had never felt that before — nor have I since. He headed off to Manhattan, and an hour later, I received a call from a friend crying and urging me to turn on the news. I immediately tried contacting him and couldn’t reach him for hours. ... He ended up being stuck on the bridge watching the plumes of smoke and chaos, and never got all the way into the city. ... It was a terrifying experience, but we were some of the lucky ones. Never, ever forget.”

Kristie Greenberg wrote: “I was in the Air Force at Davis Monthan Air Force Base in Tucson, Arizona. We were hours behind the East Coast — and I had just gotten up to start my day. I couldn’t begin to fathom what I was seeing. The next thing I knew,  the base went to Threatcon Delta. We were on lockdown. And C-130s consistently circled the perimeter of the base. The low buzz that would get louder and louder. So scary.”

As I read these and the dozens of others we received, the words pulled me back into that day. That horrific, unyielding day, when the country seemed be drained of its color. That day, when every American saw the world change before their eyes.

MY 9/11 STORY
I was with President George W. Bush.

In 2001, I was a year out of college and a staff writer at our sister paper, the East County Observer, near Sarasota. Bush had been in town to promote some of his education reform initiatives, so I had signed up to cover his speech at Emma E. Booker Elementary School.

That morning, I walked through a single metal detector, and someone handed me a mint-green press pass.

That’s all it was supposed to be.

The first report: A Cessna has hit the World Trade Center.

Strange, we all thought.

But then, calls kept coming. No, not a Cessna. Something bigger. A commercial plane.

By 9 a.m., we all were huddled in a storage room where the school kept its audio/visual equipment. There was one TV on.

And for the next 30 minutes, we watched — over and over again — that first plane. Then the second plane. It looked fake — like something out of a Michael Bay flick. The planes simply disappeared into the building and an orange fireball. The room, crammed with at least 40 people whose profession is communication, was silent.

At 9:30 a.m., Bush emerged to take the podium. The school had assembled a backdrop of students and teachers — all of whom seemed unaware of what was happening.

“Today, we’ve had a national tragedy,” Bush said, his hands folded atop the podium. “Two airplanes have crashed into the World Trade Center in an apparent terrorist attack on our country.”

With my left hand, I held up my tiny digital point-and-click, firing shot after shot as quickly as it would allow. With my right hand, I steadied my notepad on my knee as my pen attempted to capture every word.

Bush was in and out in less than five minutes.

By that afternoon, I must have seen those buildings collapse thousands of times. That day was relentless. All I wanted was for it to be over. I thought the sun would never set.

TAKE THE TIME
In 2001, there was no Facebook (Mark Zuckerberg was 17 years old), no Twitter. No one retreated to their pocket-sized screens to tell them how to feel. We all were left to endure the slings and arrows of this dark day, to suffocate under the weight of our world forever changed. We rallied around the cry, “Never forget.”

And we were better for it.

In the days, weeks and months that followed, the attacks galvanized a spirit of patriotism I had never felt before. We honored our heroes — the ones doing good, the ones Mr. Rogers called “the helpers.” There existed a thread that connected every one of us, an understanding and appreciation for our fellow Americans. There was a shared view that all the differences we had paled in comparison to the similarities we shared.

You could see it in strangers’ eyes.

Oh, how I wish we could untether our lives from social media — and all its artificial intelligence, counterfeit controversies and damaging deception.

We’ve become an America that is incapable of taking the time to dwell in it. We want our answers too quickly — even if they are incorrect. And during the pandemic, it has become soberingly clear that we’ve become an America fractured along insignificant and, in some cases, fabricated lines.

And most importantly, take the time to share your story with your children. It is imperative we make good on our promise to “never forget.” Twenty years later, that means ensuring our future generations know and understand the reality of 9/11. Don’t know how? Check out this story, where some local educators share their tactics and advice.

In a time when the so-called news of the day flies by as fast as a finger can swipe through a Twitter feed, I implore you: Do not let this anniversary pass without the attention it deserves. Honor it. Feel it. Remember it. 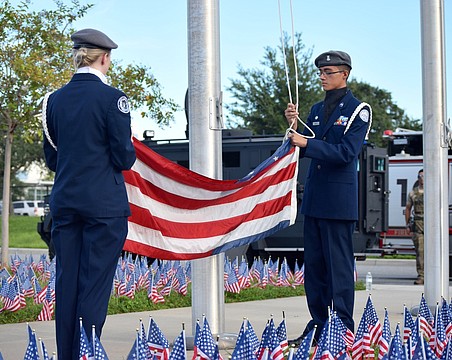 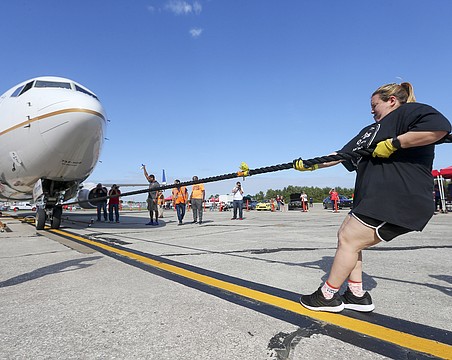 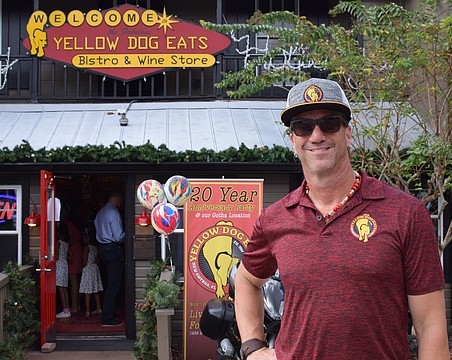 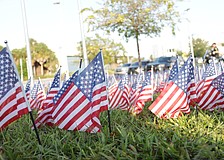 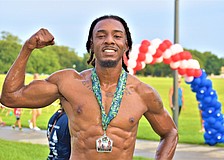 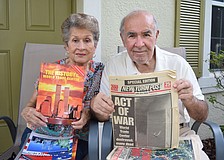 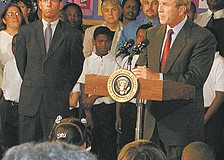 OBSERVED: Reflections on the day that changed the world 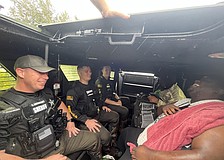