Baker, Willey, John Masingill and Chris Muller are the four members of Kobalt 27, a four-piece rock and alternative rock alliance band that plays throughout Orlando.

The band draws its sound from rock from the 1970s to the 1990s. Members cite Rush, Led Zeppelin, Pearl Jam, Rage Against the Machine, Foo Fighters and Alice In Chains as influences

The band has performed at Dexter’s in Lake Mary, Post Time Lounge and Cafe in Longwood, Daytona Beach Bike Week and many others. Some of their upcoming performances will be at Tin Roof on International Drive and The Drunken Parrot Saloon in St. Cloud.

Kobalt 27 formed during the onset of the pandemic from two separate bands — Room 2 and Judi Behave.

Willey says the tribulations of the pandemic were challenging, and two of the five members from Judi Behave went their separate ways. However, Willey, Masingill and Muller wanted to continue to play and started the search for a new lead vocalist.

Baker was unable to at the time, but things changed five years later.

Muller had been renting a practice room in the Discount Music Center near Millenia Mall for almost 26 years with a variety of different bands in which he played. The newly formed group began to practice together once a week.

One day in 2020, Baker says he was learning “Times Like These” by the Foo Fighters when he realized how much the words applied to the situation the pandemic had created.

Baker looked at the liner notes at the bottom of the song; they read, “Kobalt Music Group.” Out of curiosity, he looked up the name because he thought it was interesting the group was spelled with a “K” and not a “C.”

That’s when the group realized the true nature of the name.

Cobalt is an element made up of rock and metal, similar to the band the four were forming, and Baker had the idea to add on the element’s atomic number 27, forming the band’s new name, Kobalt 27.

In addition to being able to fuel their passion, the men also say music plays a big part in their stress relief.

“Everyone needs a hobby; everyone needs some kind of outlet outside home life and work,” Masingill says. “Some people have book clubs or poker night or bowling. For us, this is our outlet, and it’s kind of cool we can make money in the process.”

Although some would think the members would be unable to dedicate their time to the band with families, children and professional occupations, the men shared that’s exactly the reason why they need the music.

“This is like the best stress relief of the week,” Baker says. “It’s kind of a necessary thing.”

“It’s almost like I need to play as much as I need to eat,” he says. “It’s a great break from the daily stresses of life, and it’s something we all love to do.”

“Being in a band with great friends is the awesomest thing,” Baker says. “The closest thing I can think of is it’s like the ultimate team sport. Everybody has (his) job to do, but when it comes together as a collective and it’s good, it can be really amazing.”

Bio: Baker has performed in Orlando for almost a decade as a singer and bassist after moving from Los Angeles. There, he performed in several cover and original bands and took the stage at famous venues such as the Whiskey-a-Go-Go, Viper Room, House of Blues Sunset and the El Rey Theater. He has opened for national acts such as the B-52’s, Smithereens, Steel Panther, Rooney, Powder and the Drills, and he has recorded professionally at famous Sunset Sound studios in Hollywood.

Bio: Willey has played lead and rhythm guitar across Florida for the past 20 years. He has worked with cover and original bands, playing notable venues including Stephen C. O’Connell Center in Gainesville and the Orpheum in Tampa. He has shared the stage with national recording artists Buckcherry, Fixer and Boyce Avenue. Not only does he cover, but also he records his own original music. Willey gigged in Alabama with fellow bandmate, Masingill, for four years before returning to Orlando in 2013.

Bio: Masingill is known for his musical versatility and diverse music experience. He has performed in several cover and original bands spanning from country to hard rock and hip hop. He has performed at the Oasis Bar in Birmingham, Alabama, and Iron Horse Saloon, in Ormond Beach, and has shared the stage with Uncle Kracker. One of his secret talents are his hidden rap skills.

Bio: Muller has been a part of the Orlando music scene for the past 28 years. His original projects have received national attention. He has worked with Andy VanDette, mastering engineer for Rush and Bowie, and was the drummer for Robert Hannon, who went on to win a Grammy for engineering Outkast’s “Hey Ya.”  He has performed across the Southeast, with notable appearances at Hard Rock Live. He continues to hone his craft with master classes from experts across the globe. 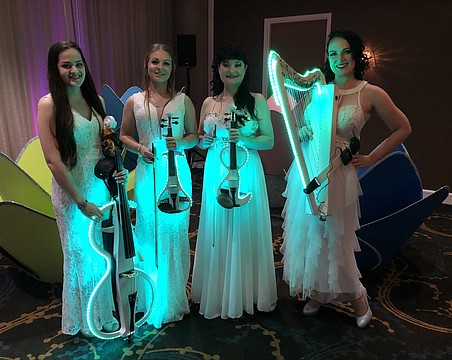 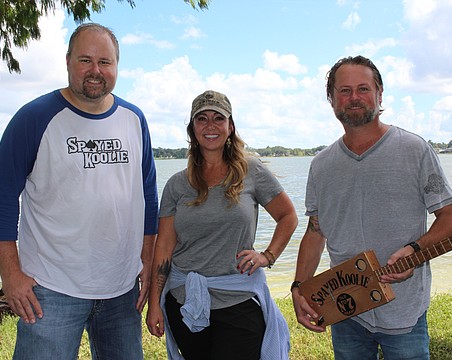 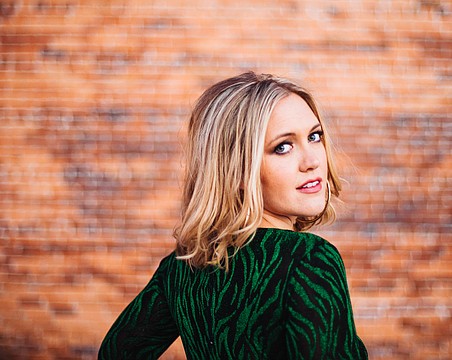 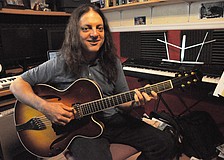 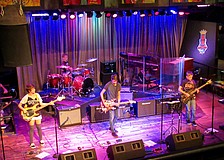 School of Rock opened its new school in Dr. Phillips 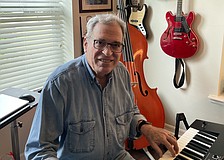 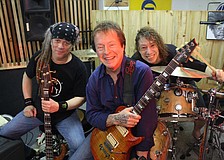 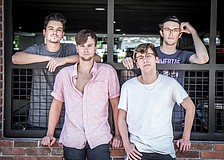