The bakery in downtown Ocoee sold out of the Chocolate Lover’s Donut concocted by fifth-grader Caleb Reid.

DG Doughnuts had a special sweet treat in its display case the weekend of Dec. 9 through 11 — the Chocolate Lover’s Donut — created by a fifth-grader at Foundation Academy.

Caleb Reid, an honor student in Heather Graziotti’s class, was tasked with a persuasive writing assignment, and he chose to write about why his chocolatey doughnut should be sold in the bakery in downtown Ocoee.

“They all were great, but Caleb’s just stuck out to us,” she said.

Caleb’s doughnut featured chocolate fudge icing, Oreos, chocolate chips and hot fudge drizzle, and it was selected for the store for a limited time.

I think my donut is the best donut because of the creamy hot fudge in the middle, Oreos on top and the yummy chocolate chips.

OK, now everybody likes hot fudge. The warm hot fudge in the middle will be mouth-watering. Its rich and pure taste is awesome.

Also, Oreos are the best! Once they taste the Oreo, their mouth will say, “I want more.” They will also taste the nice crunch of the Oreo.

Lastly, on top there is nice pure chocolate chips. Trust me, they go perfectly with the hot fudge and Oreos.

So this is why this donut is the best for your store.

How did Caleb come up with the idea for so much chocolate?

“I love chocolate, and so I bet other people would like chocolate too,” he said.

It turns out quite a few people were eager to try the sugary goodness too because the special doughnuts sold out every day of the promotion.

“It was just on a whim, and it was fun,” Garrett said. “We took some to their class, and we sold his doughnut for an entire weekend — and we sold out every day. It was a great experience for everyone.”

Two dozen Chocolate Lover’s Doughnuts were made each day.

Caleb’s mother, Jessica Reid, said she wonders if DG Doughnuts will offer Chocolate Lover’s Donut again in the future because it was so popular.

“They were really good,” Reid said.

DG sent a few home with Caleb, who said his dad ate most of them.

“He said it was the best doughnut ever,” Caleb said.

The Reids, who are chocolate lovers, made a visit to DG Doughnuts that weekend to buy more. Caleb said it was exciting to see his name on a sign with the chocolate doughnut. He liked going behind the counter to take a photo with this concoction too.

Students in Graziotti’s honors class, as well as some of the teachers, were able to try Caleb’s creation when the bakery provided doughnuts to the school. 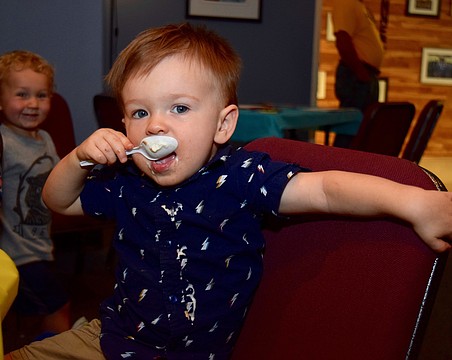 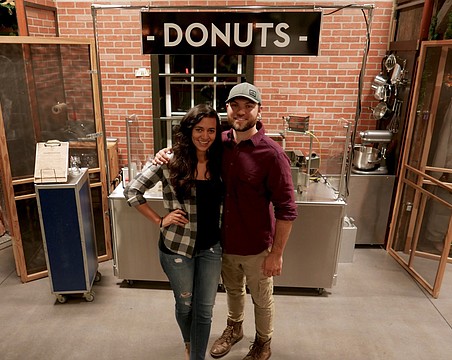 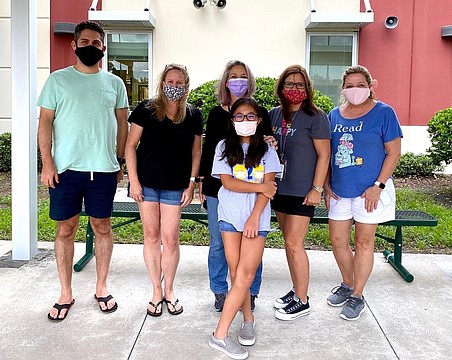 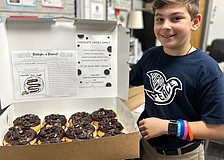 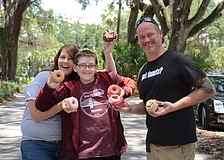 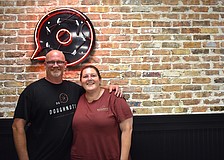 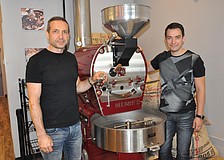 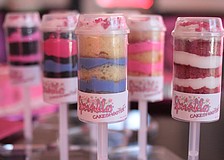