ROAD WORTHY: Ocoee resident completed his goal of running every single street in the city

Brandon Kari has run every street in Ocoee — his beloved hometown. Now, he is already working on running the streets in Winter Garden and Clermont.

Ocoee resident Brandon Kari set the goal for himself a few years back — without any specific timeline — to run every street in his hometown.

Every street around his house was marked red on his map before streets that were farther away, but eventually, every street in Ocoee was highlighted red, meaning Brandon Kari had finally achieved his goal.

“I’m very much goal-oriented,” he said. “I set goals and try to get them. … I had smaller goals (with running) and they progressed and progressed, so I continued to set goals to stay active, and that’s how the streets came to be.”

It was when he met his wife, Lauren Kari, in 2006 that he truly began to enjoy the sport by bringing into it his love for nature.

“It’s helped me to be more engaged with nature, and I think that as a person, that is important,” Brandon Kari said. “It gets you that nature mindset even in the city. When you are running out there, you see all these different places that you don’t normally see when you drive. … When I run around Ocoee, I’ve seen places I hadn’t seen in 20 years. I see the little things.”

The Karis have three children: Jackson, 12, Ryder, 10, and Dakota, 7, and currently, the couple is working on adopting Baby C, 16 months.

Every morning, during school drop-off time, Brandon Kari decided to go out on a run around town with Baby C, who has become a loyal companion and enjoys the morning strolls with Brandon.

“He doesn’t make a peep in his runs,” Lauren Kari said. “He loves it.”

As the owner of Brandon Kari Productions, Brandon gets to travel quite a bit during the year and uses those work opportunities to set foot out the door and run the streets of wherever he may be in that moment.

“I like to explore, so when I travel I go running around and explore and see the city,” he said. “Everywhere we are I try to do a little bit (of running).”

The Karis travel a lot during the summer and have set a family goal — to visit all the national parks in the country. So far, they have been to 41.

“Any kind of nature is good and inspiring,” Brandon Kari said. “We are Christian, so we feel connected to God in the places that we go — when sitting on top of a mountain or seeing a sunset, it’s pretty hard to deny that connection.”

In 2018, Brandon Kari ran the Florida Iron Man in Haines City. He trained a year or so for that event between two to six hours a day.

“He inspired me to do a half Iron Man,” Lauren Kari said. “At the end, you start losing momentum. … I had someone who had planned to come run with me for my last three miles but, because she is a mom, she couldn’t make it. Brandon didn’t bring running shoes (but) … he had someone take our kids and ran with me for the last five miles, encouraging me.”

Despite his involvement in the Iron Man, Brandon Kari said he would not register for another race.

“I’d rather pay, instead of an entry fee, an airplane ticket to go somewhere really cool and explore and do a run,” he said.

During the family trips, and even at home, the Karis go on runs as a family, because they are trying to instill in their children the passion Brandon Kari has for nature.

“We wanted our kids to be connected to that, too,” Lauren Kari said. “We wanted them to feel in awe of something and feel small, too … show them there’s more to life.”

This year, Brandon Kari set another goal, to run every day of the year and run 1,000 miles. So far, he has only missed two days and has run 968 miles.

As a solo runner, Brandon Kari either listens to a book, a podcast, some music or just prays, depending on his mood. However, when running with his family, he enjoys talks with his 10-year-old son and works on motivating his children to finish the run and make it enjoyable for them, as he wants to inspire them to challenge themselves.

Brandon Kari has begun to run streets in Winter Garden and Clermont. He takes advantage of driving his children to extracurricular activities to get the daily run in — which may vary from three miles to 12 depending on the day. 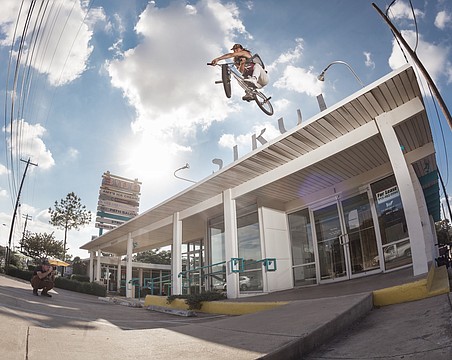 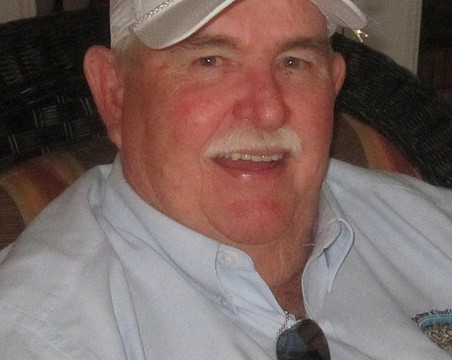 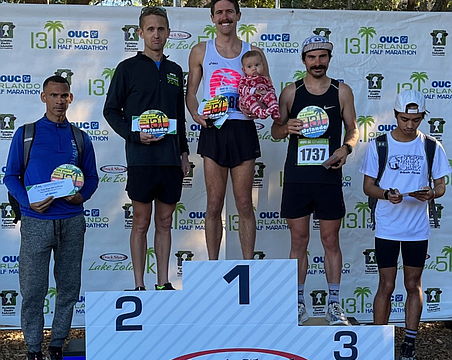 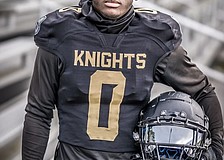 A NEW KNIGHT: Ocoee High School football team has a new running back 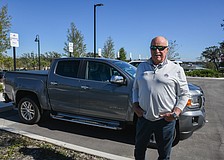 FORECAST: A day in the life of Rusty Johnson 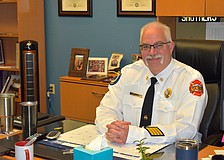 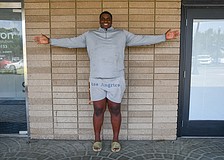 Dr. Phillips four-star offensive tackle Payton Kirkland has committed to the University of Texas at Austin 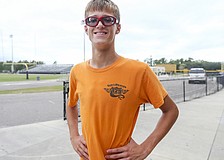