ATHLETE OF THE WEEK: Tyler Blanchard

The DP senior looks to lead the Panthers to another district championship and possibly a state title.

Tyler Blanchard is a senior pitcher for the Dr. Phillips baseball team. As a junior, he led the team in ERA and tied for first in wins during the 2021 season with a minuscule 0.91 to go along with five wins. He was a key reason for the Panthers going all the way to the district championship before losing to Osceola in the state playoffs. As a Georgia native, Blanchard is a big Atlanta Braves fan; his favorite Braves player is first baseman Freddie Freeman.

How much does baseball mean to you?

Baseball is one of my passions. I’m excited to play all the time, excited to be out here with my teammates. I’ve had a pretty good bond with them recently, especially the new kids coming in. It’s exciting all-around.

How did you start in baseball?

I was 4 when my dad got me a glove for Christmas, but it turned out to be the wrong hand since I’m a natural lefty. We started throwing, then he put me in T-ball and Little League. From there, I moved up to travel ball, won a couple of NITs with some good teams, then I moved up to high school.

What made you want to play for Dr. Phillips?

The meaning behind the name of the school. A couple of family members are alums, and the whole program itself has gained a lot of respect over the years since the state championship in 1996. There were also other state runners up and district titles, as well, so it was a good choice for me to play for them. I believe I represent the name well.

I’m not velocity-dependent, because I’ve had to work on some of my arm motion due to some soreness recently. I’m sitting around 81-82 mph on my fastball right now, so I tend to mix in off-speed pitches and movement as much as I can. I’ll get ahead in the count, throw in some breakers, changeups low and away — anything to get the batter to swing whenever possible.

Who is your favorite pitcher after whom you try to model your game?

Chris Sale. The way I learned my arm motion was through Chris Sale by watching him pitch. I base my mechanics around his pitching style and his whole technique.

Clayton Kershaw. As many Cy Youngs as he’s won, he throws a similar curveball to what I throw. I used to throw just like him with my windup being exactly the same, but I’ve changed it up to my own style.

What are some of your goals for your senior season?

Taking it game by game, play by play, and pitch by pitch, as well as navigating the bumps in the road. The goal is to make it to districts and win that again; go to regionals and win that; then states finally. As a senior, I want to make one last run to states to see if I can win it.

Oliver Marmol, a DP guy, was named the manager of the St. Louis Cardinals. What was that like for you to hear a DP guy is managing in the big leagues?

When I first heard that, I knew we had a good program from the start. Since he came around, we’ve gotten better and better as time has gone on. Our coaching staff, players, what motivates us and such. One of the biggest motivators is beating Olympia, so we always put all our effort into the game.

What is your favorite pitch to throw?

My curveball. During counts, I’ll throw one curveball a certain way with a certain group and then another to get a different depth.

“Million Dollar Arm.” As a pitcher, I like it, because I like seeing someone work their way up to the big leagues. What I like most about it is seeing the adversity the two pitchers go through and yet they still make it. That shows determination and hard work can get you far.

Three things you’d have with you on a deserted island.

Dumbbells, a baseball and my baseball glove. 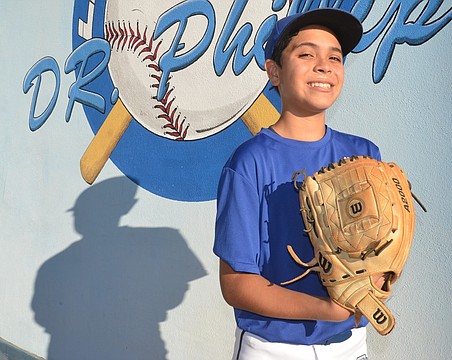 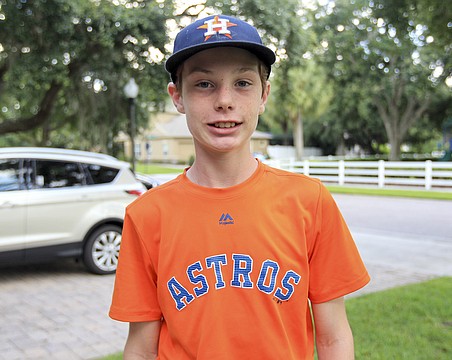 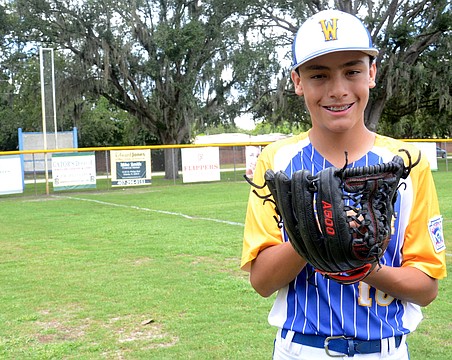 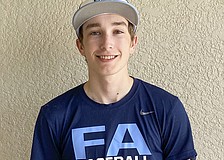 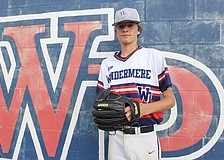 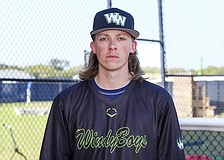 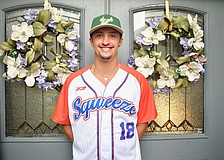 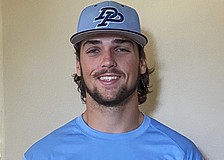