The documentary unmasks the truth behind deadly hospital protocols, illustrating not only Myers' personal experience with her late husband, Tony, but also the stories of others across the country.

It’s a day she will play over and over in her head forever.

“I always tell people I’m fine, but literally if I did not have God … my faith gives me such hope that I will be with him again someday,” Myers said. “I still feel like he is with me and God is helping me through this. It stinks. It is hard. My life has changed, all of it has changed. When your partner dies, it’s like losing your arm, your leg. … Your daily routines, it’s all different. My faith is the only thing that keeps me getting up to fight every day and not just lying in that bed.”

Now, Myers is using her love for her husband and others to fuel the fire to continue on.

Through her documentary, “Making a Killing," Myers hopes to unmask the truth behind deadly hospital protocols, illustrating not only her personal experience with her late husband but also the stories of hundreds of others across the country.

“I feel like what I know today and what we’re saying in the documentary…I think he would be alive today if I knew what I know today. …He was trying to stand up, and now I have to as well, so that no one goes through what we’re going through,” Myers said.

Tony Myers was the assistant basketball coach, and the two met in math class, where he asked Patty Myers to help him study.

“He got an ‘A’ and I got a ‘C,’ which is something we always joked about,” Patty Myers said.

One Sunday, Tony Myers pulled up in his old powder blue Camaro and offered Patty a ride.

“He was just always full of life,” she said. “He was always joking, funny and talking, and he invited me to his mom’s for a meal. I barely knew the guy, and I would never normally do something like this … but it was just Tony … I don’t know how to explain it. I said yes, and that day, we spent together until 10 or 11 at night, and then that was it. We got married three years after we first met.”

Patty Myers said her husband talked to every stranger, had a serving heart and was always cracking a joke. He loved people and even created a garden at the family’s Windermere home where he put a hook over the neighbors’ fence with a basket to put fruit and vegetables over when they had extra.

The couple owned a therapy company in South Florida and had a condo in Kissimmee for a few years. Whenever they visited Disney, it seemed like they always passed through the Windermere and Winter Garden area, and Patty Myers said they ultimately decided they wanted to raise their family in the area.

Around the same time, Charlie Myers was diagnosed with autism, a diagnosis that inspired Patty Myers to become a behavioral analyst.

As part of developing the men’s supportive living home, the couple decided to construct their house in Windermere to turn it into a housing location and move to a smaller place in Winter Garden while they figured out what comes next.

It was supposed to be the week when the couple started their empty nesting together. Patty Myers called their new home “The Cottage” and decorated it with a beach theme.

The two would never get a chance to enjoy their new home.

FOLLOWING THE PROTOCOLS
Tony Myers was admitted into Orlando Health — Health Central Hospital Sunday, Aug. 15, 2021 — one day before the couple was set to move to their Winter Garden home.

He was diagnosed with COVID-19 the previous weekend and was experiencing aches, fevers and coughing. A few days in, he started to have shortness of breath and called the doctor, who prescribed steroids. Patty Myers said she had COVID-19 at the time, too, but only felt sick for one day.

On that Sunday, Patty Myers told her husband they should call the doctor again and see what they could do to help. She said the only knowledge she had that day was a gut feeling telling her not to go to the hospital and to try treat it at home.

“That’s when I drove him to the ‘death chamber,’” she said. “He didn’t want to go, and I didn’t want him to go either, but he felt desperate.”

At the time, Patty Myers said the doctors told her husband everything looked normal.

The next day at 5 a.m. the hospital prescribed remdesivir, and within a 24- to 48-hour span, Patty Myers said it was a steady downfall.

According to the National Institute of Health, “Intravenous, remdesivir is approved by the Food and Drug Administration for the treatment of COVID-19 in adults and pediatric patients aged ≥28 days and weighing ≥3 kg. In high-risk, non-hospitalized patients with mild to moderate COVID-19, remdesivir should be started within seven days of symptom onset and administered for three days. Hospitalized patients should receive remdesivir for five days or until hospital discharge, whichever comes first.”

In a study published by the NIH in May 2022, the department discussed the drug, which was “initially developed for the treatment of the Ebola virus. Although remdesivir performed well in preclinical studies, it did not meet efficacy endpoints in a randomized trial conducted during an Ebola outbreak.”

Patty Myers said she was desperate and began to research alternatives.

According to hospital records supplied by Patty Myers, Tony Myers’ kidneys started to fail around day five to seven — although it was never mentioned to her — and there was a push for him to be placed on a ventilator.

According to the American Hospital Association, guidelines in the Coronavirus Aid, Relief and Economic Security Act include provisions such as a Medicare add-on payment of 20% for both rural and urban inpatient hospital COVID-19 patients.

That same day, she learned of ivermectin.

According to the NIH: “Ivermectin is a FDA-approved anti-parasitic drug used to treat several neglected tropical diseases, including onchocerciasis, helminthiases and scabies. For these indications, ivermectin has been widely used and is generally well-tolerated. Ivermectin is not approved by the FDA for the treatment of any viral infection.”

Patty Myers said multiple nurses and doctors told her there was no use in asking for the medicine; it would not be approved.

It was Day 10 in the hospital when Patty Myers said she finally had a doctor agree to ivermectin. That day, she said her husband could not sit up, talk or eat.

Only three days later, Tony Myers was down to six liters of oxygen and set to go home in a few days. He had shaved, was sitting up and even asked his wife for Chipotle.

Just as things were beginning to look up, Tony Myers took a drastic turn in the morning.

The hospital immediately moved her husband to the Intensive Care Unit and revoked the ivermectin, saying it had made things worse. She said the hospital began to push about the ventilator.

“It all happened so fast,” Patty Myers said. “It was a life-sucking death place. It felt hopeless. The nurses would tell us horror stories about other patients. They were so negative; they even told him that he wasn’t going to make it. I know they were tired too and understaffed … but they broke him down. They broke him down to nothing.”

Patty Myers said her husband even emailed Gov. Ron DeSantis in an attempt to fight for his own life.

“I have been at Health Central Hospital in Ocoee with COVID-19 for almost three weeks now,” that email read. “This hospital works in a protocol box and basically says that they have used everything to treat my COVID. Is there any way that you can help me get the antibody treatment? There is no reason to just stop treatment. Steroids aren’t doing the trick. I feel like I’m lying here getting weaker and weaker, and I’ve seen too many body bags bass by my room for comfort. Please help me!”

Patty Myers was with her husband in his last moments.

“I am grateful for that, because patients across the country have been on their own, by themselves, with no family,” she said. “We never talked about dying, because we were always like, ‘We’re gonna do this,’ but he always said to me, ‘Please don’t ever leave me.’”

Although Orlando Health officials said they cannot comment on this patient, the organization said its evidence-based treatment resulted in the highest survival rate for COVID-19 patients among peer hospitals in Florida, Georgia and Alabama.

“Orlando Health’s dedicated team of health care professionals saved many lives during the unprecedented COVID-19 pandemic,” hospital officials said in a prepared statement. “Our patients were provided effective clinical care, including respiratory management and approved medical therapies. COVID-19 has caused more than one million deaths in the United States. Orlando Health mourns with the families, friends and communities impacted by the deadly virus.”

FIGHTING FOR CHANGE
Patty Myers started working on her documentary in July, with the help of friend and owner of Inspired Films, Derek Sanchez. The film premiered Friday, Nov. 4, at Family Church Lakeside Campus.

The movie shares the stories of three patients and includes interviews with a doctor and two senators.

Patty Myers tells her husband’s story through their text messages and phone calls, the only form of communication she was allowed outside of her short visits.

Patty Myers wanted to make the documentary not only to educate and raise awareness but also to use her experience and story to help others.

“I hate that he suffered,” she said. “This is the United States of America. This is Florida, one of the freest states, and they didn’t care for Tony, generally speaking. I dropped him off to get support and help, and they basically gave him things to kill him.”

Patty Myers said the documentary seemed like the right thing to do — and what her husband would have wanted her to do.

She said her faith in God has kept her strong, even in the hardest moments.

“I’m mad and I want to see change,” Patty Myers said. “I know I’m just a wife in Winter Garden making a documentary, which I had no idea how to do, but I’m trying to figure it out. If I feel like I’m supposed to do something, then I’ll find a way. I’ll make it happen.” 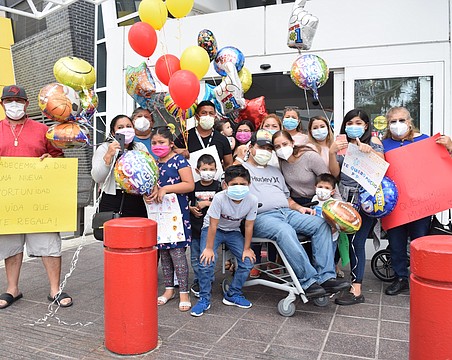 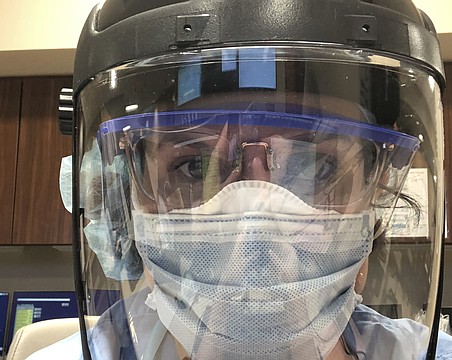 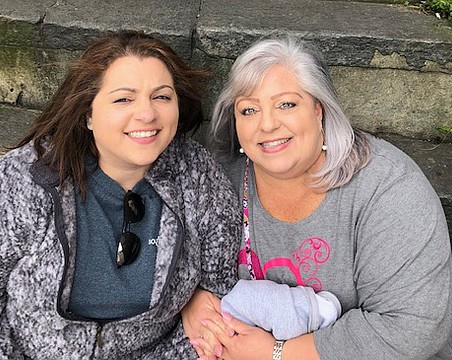 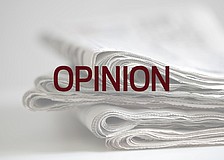 The battle for ivermectin 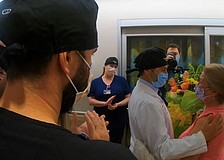 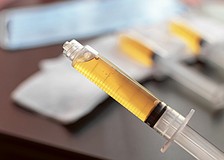 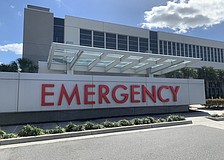 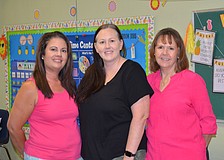