When she’s on the volleyball court, Madison Smith steps into an alter ego. And Warrior fans love it.

Madison Smith found her inspiration to play volleyball in her friend, Taylor Head.

Madison Smith found her inspiration to play volleyball in her friend, Taylor Head.

Madison Smith has been leading the Warriors as their captain for three years.

Madison Smith has been leading the Warriors as their captain for three years.

Since she was 6 years old, Smith has been playing indoor and beach volleyball.

Her dedication to the sport has taught her that everything in life comes with sacrifices.

Her commitment to Gardner Webb University in North Carolina to play DI volleyball at the collegiate level starting next fall came because one of those sacrifices — missing a previous engagement she had to play in a club tournament.

“Last year, I couldn’t go to an event … and, by making those sacrifices for something you love, you are going to have a good outcome in the end,” Smith said. “If I wouldn’t have gone, those coaches would’ve never seen me.

“North Carolina is really beautiful; I fell in love with it, everything about it was amazing,” she said. “(The coaches) weren’t even thinking about coming to my court, but then they just saw me, and they were like, ‘We want that girl.’ … When I went on my official visit, nobody had really told me that kind of story, it’s kind of an ‘I found you’ story, and I knew that (Gardner Webb) was going to be my home for the next four years.”

In addition to sacrifice, the game of volleyball has taught Smith the art of communication.

“(It) taught her to understand you have to communicate; you have to trust your teammates,” mom Jill Smith said. “You’re not going to like everyone on your team, but you figure out a way to be successful and make others on your team successful and you never quit. Madison is amazing at always having high energy on the court.”

Madison Smith has been named team captain for the Warriors in her sophomore, junior and senior years — a testament to her skills and the trust she has earned from her teammates.

Madison Smith’s father, Brian, gave her the nickname that has become her on-court persona for 11 years.

“Maddog is just a nickname that we started calling her when she was younger playing volleyball, and it just stuck,” Jill Smith said. “Her dad was always called the ‘Big Dog’ growing up, and it is a play off of that. It’s her ‘beast mode’ name. When she hears her peers in the stands call her Maddog or other volleyball parents whom she has known for years at tournaments call her that in games, it gets her fired up.”

“(My dad) was the one that always believed that I would do something big in volleyball,” Madison Smith said. “He would always come to my games and say, ‘That’s Maddog swinging the ball as hard as she can.’”

These days, Madison Smith sees her nickname as an alter-ego of her persona — especially when she’s on the court.

Madison Smith also is the vice president for the Student Government Association and the Fellowship of Christian Athletes at school — two student organizations that have helped shape her into an individual with prioritizing skills.

“I have been in the SGA since my freshman year,” she said. “I knew that when I was a senior, I wanted to be a part of that and help with my school. I know I could help incorporate so many things into the school and help it be better. It’s tough to do, but I do put my priorities — everything has its day and everything has its time for it, so it doesn’t really interfere a lot. I feel I’ve been really good with knowing how to balance all of them.”

Madison Smith also has been a part of FCA since eighth grade.

“I’m a Christian, so it’s always been a priority in my life,” she said. “I always knew that it would take just a lunch period to have all these people get connected and have all these Christian athletes to be in a room and learn about Jesus and eat some pizza. It’s really fun. … I’ve learned from my mom, especially because she does so much, that everything has a balance and that you obviously can’t do everything. But you find your way to be able to do that, and it’s just from here that I am able to do everything.”

The hardest move for Madison Smith to learn was one that former head coach Felix Hou taught her.

“It’s looking in one direction and just swinging as hard as you can at the ball,” she said. “So if I want to go hit line across and bang the ball on, my body is hitting that way, so it looks like I’m going to hit across. But then I turn and bang the ball. It’s a skill that took a lot, and it helps your body a lot — not using your whole back, using your shoulder, elbow and wrists to bang the ball and confuse the other team a little bit.”

Madison Smith is excited to finish her last indoor season with the Warriors, especially with the group of girls who are part of her team this year.

“You are playing for the person next to you,” she said. “We are obviously having our struggles, but I think just coming together as a team — from all these girls that have come from different environments and different teams, we just haven’t clicked yet. We are going to get there.” 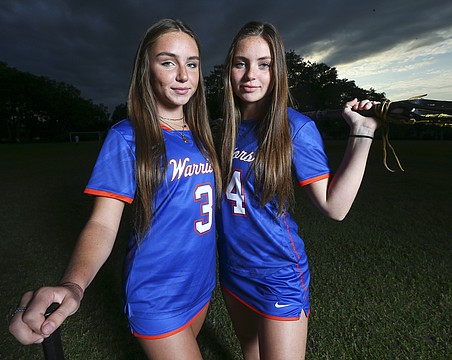 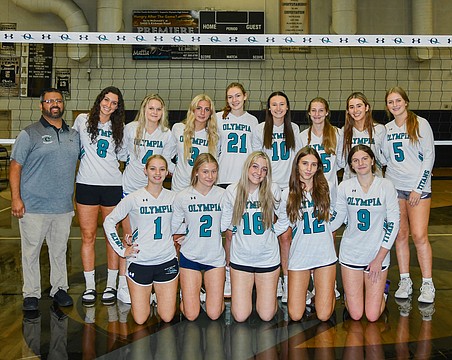 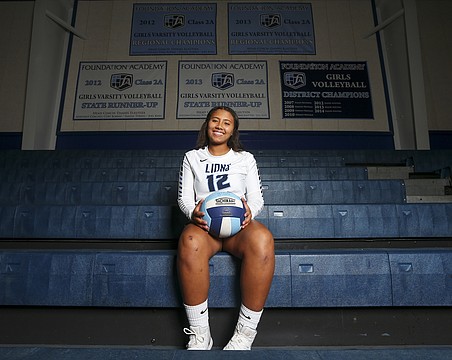 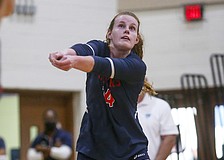 A legacy of Work: Natalie Work's volleyball career comes to an end 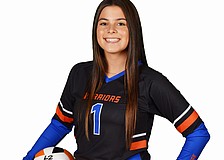 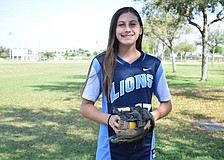 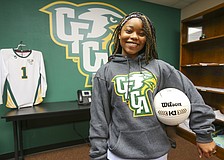 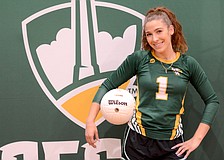