Here's what we learned from Week Nine of the 2022 season.

WARRIORS OFFENSE STANDS OUT
The West Orange offense continued to shine in the Warriors' 37-14 win over Olympia Thursday, Oct. 27. Quarterback Trever Jackson went 13-of-23 for 219 yards, two touchdowns and one interception. He also carried the ball seven times for 51 yards. Nathaniel Worrell had nine carries for 53 yards and one touchdown, while Thomas Jones had eight carries for 59 yards and one touchdown. Wide receiver Jordyn Bridgewater had five receptions for 136 yards and a touchdown. On the defensive side of the ball, both Dominic Madrid and Noah Nixon had 10 tackles apiece. Tavarrius Powell-Chestnut had six tackles and one sack forced fumble, while Nico Marti, Chris Ficka and Javarrius Powell-Chestnut each had one sack.

HORIZON HAWKS STRONG ON THE GROUND
Despite a 47-14 loss to Jones High School Friday, Oct. 28, the Hawks still showcased a strong running attack, totaling 178 on the ground. Of those, Trei Ginn racked up 166 yards on 16 carries.

LATE-GAME MAGIC LIFTS LIONS
Foundation Academy fans were treated to some late-game heroics on Senior Night as the Lions took care of the West Oaks Academy Flame Friday, Oct. 28, at Foundation. With nine seconds to go and Foundation down 36-35, Lions kicker Braedyn White drilled a 23-yard field goal to give the home team the 38-36 win. In addition, running back J.T. Bronaugh set the school record for rushing yards in a single game after carrying the ball 29 times for 318 yards and four touchdowns. Linebacker Sam Zagame led the defense with nine total tackles, while C.J. Bronaugh snagged two interceptions. Mathew Austin had a couple of plays that were really impactful offensively and defensively, including a 45-yard touchdown reception on fourth down and a total of five tackles. In addition to his late-game field goal, White was a perfect 5-of-5 on PATs.

ROYALS REMAIN STRONG
TFA showcased both its offense and defense in a 39-0 thumping of the Akelynn's Angels Christian Academy Friday, Oct. 28. Quarterback James McGinn went 7-of-11 for 119 yards. The defense accumulated a total of 53 tackles in the game, with Julian Anderson leading the defensive line with 10. 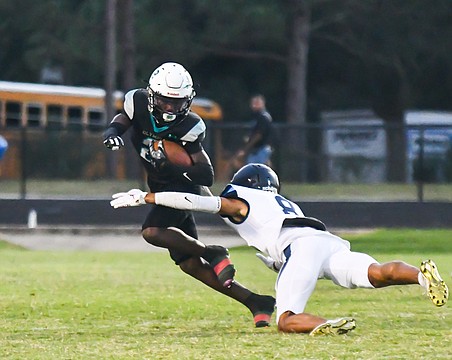 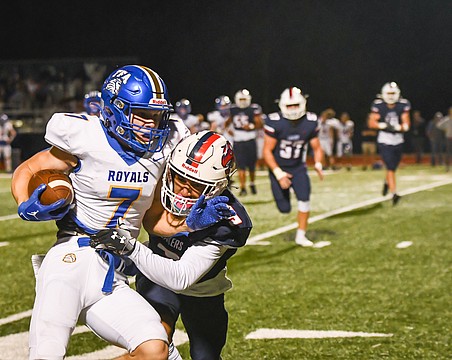 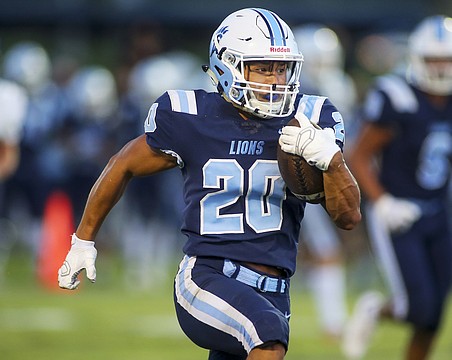 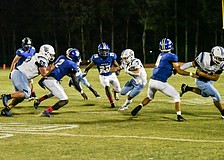 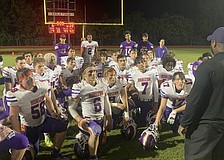 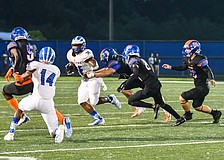 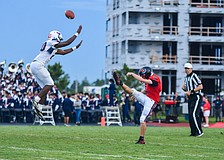 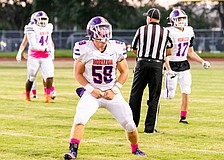