Founded in 2016 and franchising since late 2019, the DRIPBaR focuses on helping people obtain their best physical and mental health using intravenous therapies.

Dr. Mitzi Bell was born with a passion to help others.

She believes she was born with a gift to aid and educate the community, even from a young age, where she would pretend to be the nurse taking care of her younger cousins or even lining up her stuffed animals around her room to treat and give them medicine.

Now, the Orlando native is sharing those talents with the community she lives in, with the opening of the franchise business the DRIPBaR in Baldwin Park.

Founded in 2016 and franchising since late 2019, the DRIPBaR focuses on helping people obtain their best physical and mental health using intravenous therapies.

The DRIPBaR takes a unique approach to the health and wellness business, helping people feel good through IV therapies and IM Quick Shots.Visitors can choose from a wide variety of services that can help an individual to feel better quicker than taking nutritional supplements through eating or drinking.

Dr. Bell, an experienced clinical pharmacist, says this is because of the digestive process, which takes time and breaks down many helpful nutrients before the body can absorb them. However, IV therapies bypass digestion entirely and give visitors a quick and effective boost.

When searching for a franchise in health care, this opportunity captivated her immediately.

“I liked the concept; I liked the model of IV infusion, because it’s administered directly into the bloodstream bypassing the gut where it’s metabolized and broken down where you don’t end up utilizing 100% of what you put in,” she says. “When someone receives IV therapy, it has 100% availability in the bloodstream.”

Baldwin Park’s DRIPBaR opened May 28 and offers IV vitamin therapy, IM Quick Shots, Red Light Therapy and a Halotherapy Sauna. In addition, the Baldwin Park DRIPBaR also offers mobile services for group convenience for a variety of events such as wedding parties, sports activity recovery, birthday parties and more, where treatment is provided with a limited menu. Before anyone receives a drip, he or she must meet certain criteria which is checked by medical history and then completed by a consent form. Visitors can choose to be part of a membership program, select from individualized packages or just walk in.

Those who do not have time for a full vitamin infusion also can give their body a boost in just five minutes with an IM Quick Shot.

Dr. Bell says the family and friends event she held in May was memorable.

“I got to share my opening with people (who) have supported me from the start of this venture,” she says.

In addition, Dr. Bell has established a few business partnerships, with more planned for the future.

However, the journey hasn’t been all smooth sailing. Dr. Bell still is working as a consultant pharmacist to support her family while she launches the new franchise.

“It’s hard, but I know if I can get through this period, it will all be worth it,” she says. “I’m proud of myself that I made that leap and that step.”

In the future, she would like to open another location somewhere, maybe taking the business international or to an unconventional location such as a resort or an airport.

Dr. Bell attended Florida A&M University in Tallahassee and received her doctoral degree in pharmacy. She worked in South Florida as a consultant pharmacist before relocating back to Orlando. She also worked as a clinical pharmacist for AdventHealth.

Although her career was stable, Dr. Bell, a divorced mother of three active children — Dominic, 16, Isaiah, 11,  and Naomi, 9 — was ready for a change in her career. After her father died and the COVID-19 pandemic, she realized the time had come to try something new.

“I was constantly exhausted and overwhelmed,” she says. “I didn’t have health issues, thank goodness, but I could see how it could lead to that, because you’re just burning yourself at both ends.”

She began to explore the possibility of opening a franchise, knowing she wanted to stick with health care.

Working at a pharmacy, Dr. Bell often dealt with individuals who already had health issues and wanted to explore possibilities to get ahead of the problems. That’s when she discovered the DRIPBaR.

As far as selecting Baldwin Park as the area for the franchise, Dr. Bell was hesitant at first, thinking her own neighborhood would be too close.

“Then I thought, wait, but I have an amazing neighborhood!” she says. “I love it, I mean, they’re health-motivated, people are always out walking around the lake, riding their bicycles, skateboarding, and it’s kind of an affluent neighborhood, so they can utilize the service. I thought it just made sense.” 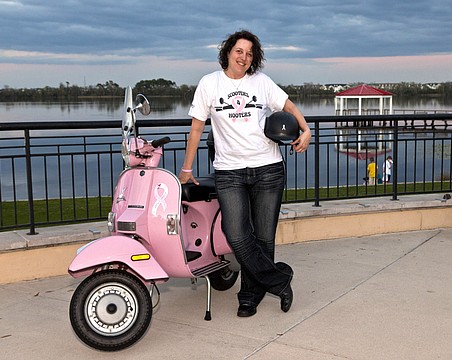 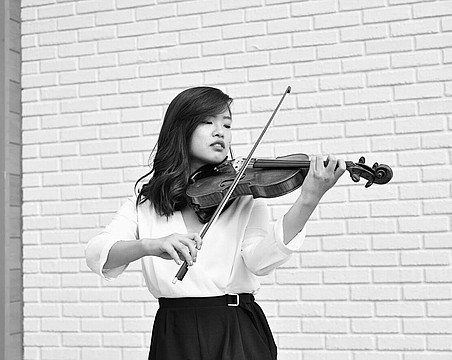 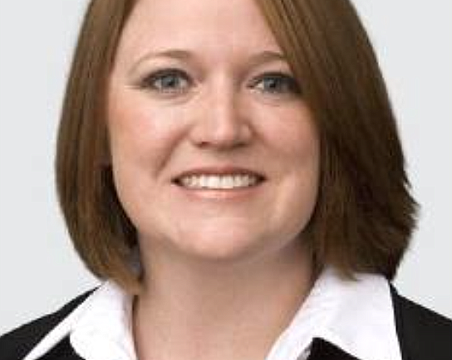 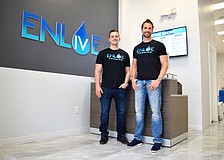 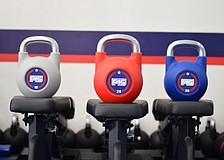 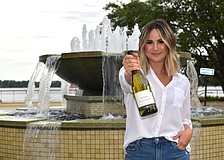 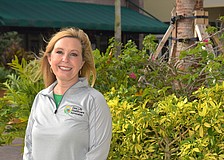 In times of need 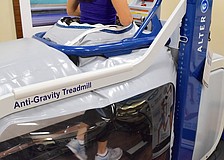