ATHLETE OF THE WEEK: Maddie Heald

Tell us about the Lake Buena Vista Invitational.
That’s the (highest) I’ve ever placed in a cross country race, so it was really exciting. I was racing against a lot of great other athletes, so it just felt good to be able to place that high among other talented athletes.

Tell us about your years as an athlete.
I’ve been running since elementary school, when I did Girls on the Run. But I didn’t seriously run until cross country in high school, but I did track in middle school, as well.

What do you like about being a part of the cross country team at your school?
I like the team itself, and I just like to be able to track my improvement. It’s really easy with running more than any other sports, because you can see it in your times.

What do you love most about competing?
I like being able to see the hard work paying off in the times and then just the feeling after races getting a time or place that you wanted and then seeing improvement.

What are some things that are unique to your running style?
I usually start out my races trying to go out faster, and then definitely the adrenaline and nerves — because I get really nervous before races (and that pushes) me to go faster. But I just usually settle into the race after.

What’s your favorite time of the day to run?
I like running in the morning, because you get the run early when is not quite as hot. Then, you have the rest of your day.

What’s your favorite type of practice?
I like the long runs, because they are usually easy paces, and they are fun to do running with my teammates. We’ll have conversations and stuff. But I also like the track workouts, because it’s kind of fun to go faster sometimes.

What’s your favorite movie?
“Captain America: The Winter Soldier.” I think it’s a really entertaining action movie, and I like the characters.

What TV series are you watching right now?
I’m watching “The Office.” I like Jim; I just think he’s funny.

Who is your favorite superhero? Why?
I like Hawkeye, because he doesn’t actually have a superpower himself but still manages to do as much as the others do.

If you had a superpower, which one would it be and why?
Probably having super speed, so I can be even better at running.

What’s your favorite hobby?
I like penpal-ing. I write to pen pals all over the world. I have a pen pal in Singapore. I started during quarantine. I saw stuff about it online and thought it was really cool. So I signed up on a website, and now I’ve got pen pals. With school, it’s harder to find time for it, but sometimes I work at it for hours at a time — depending on how many letters I’ve got to respond to.

What are three places you would like to visit?
I’d like to go to Greece; Argentina, because I have family from there; and Iceland.

Any thoughts about where you’d like to go to college?
I’m still not fully decided. I might want to run in college, but I’m not completely sure yet — especially if I want to go to a bigger school. So, I’m not sure yet, and I have to put a lot more thought into it. 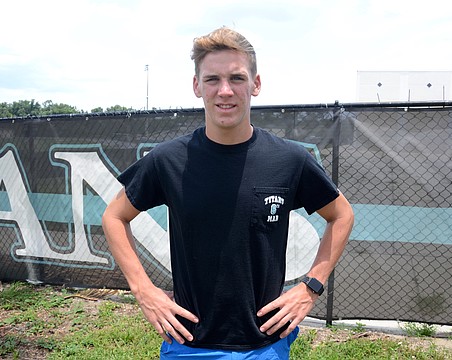 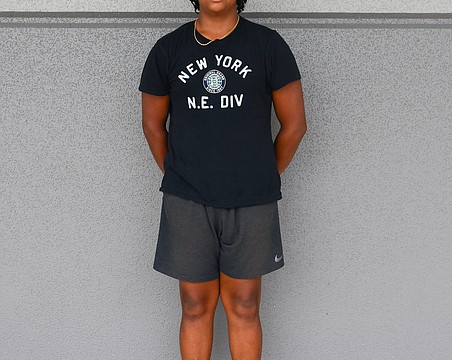 ATHLETE OF THE WEEK: Juan Gainous 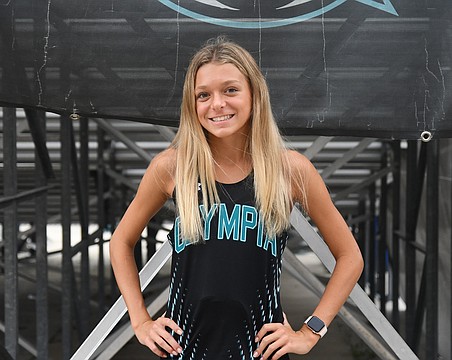 Athlete of the Week: Emily Knopfle 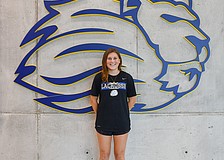 ATHLETE OF THE WEEK: Matti McGinn 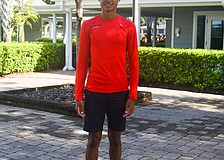 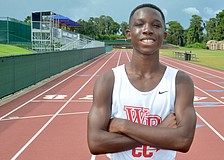 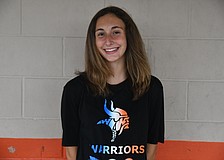 Athlete of the Week: Ella Klyce 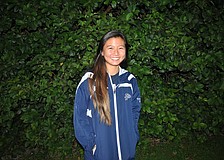 ATHLETE OF THE WEEK: Annika Sison