Currently ranked a top kicker in the nation, Horizon High kicker Daniel Case Melo Porto is one of the Hawks’ most potent weapons.

Daniel Case Melo Porto is looking forward to the rest of his last season as the kicker for the Hawks.

Daniel Case Melo Porto is looking forward to the rest of his last season as the kicker for the Hawks.

For Hawk, every day is leg day. Courtesy photo.

For Hawk, every day is leg day. Courtesy photo.

Due to Hurricane Ian, the football games originally scheduled for Thursday, Sept. 29 and Friday, Sept. 30 have been postponed. The new dates for the games are yet to be announced.

In just its second year, the Horizon High Hawks are 4-0 — one of only two undefeated teams in the West Orange and Southwest Orange coverage area.

It also doesn’t hurt to have one of the top high school kickers in the country.

Senior Daniel Case Melo Porto, 17, has become a potent weapon for the Hawks. Most recently, Kornblue Kicking ranked Case Melo Porto the No. 3 kicker in the nation.

“I started playing football my freshman year; I played soccer, too,” he said. “What really got me into football (was) walking into the football field and (seeing) the crowd, the cheerleaders and the band playing. Something about that got me really excited — especially when I got moved up to varsity.”

Case Melo Porto arrived to the United States in 2019, from Recife Pernambuco, Brazil. His dad, Bruno Porto, encouraged him to try football; he had played previously when he was an exchange student in Colorado in the 1990s.

“At first, I thought it was going to be easy, because you see on TV all those NFL guys with a lot of years of practice kicking the ball,” Case Melo Porto said. “But then, the first practice the ball didn’t even come off the ground. (But), once you get into it and you get into a routine and training, you get used to it.”

As both the placekicker and punter for the Hawks, Case Melo Porto has become an equalizer for his team.

“He’s big,” Thomas said. “There’s three phases of football — offense, defense and special teams. He is the centerpiece of our special team. … (He equalizes) field position for us.”

One of the hardships Case Melo Porto encountered when he initially started playing football was understanding how to properly execute the motion of kicking a football.

“The follow-through is when you kick the ball, and you have to go with the ball,” Case Melo Porto said. “(Because) I played soccer for a long time, I would kick and stop, and that would cause the ball to not go as far. I think I got that down a few months ago, to be honest. That’s what I’ve struggled with the most.”

Currently, Case Melo Porto is working to improve his consistency.

“I can hit a ball really far,” he said. “But sometimes, when you ask me to do it again, I won’t be able to. So, right now, I’m working on doing the same thing over and over again.”

Case Melo Porto also has implemented a new footwork drill into his routine. It consists of walking on a straight line with the knee bent with the plant foot — left foot in this case — as he kicks with the right foot.

To improve his kicking skills, Case Melo Porto has been working with a few coaches outside of school that have helped him with his technique — Dan Lundy, Stephen Yaffe, Brandon Kornblue and Adam Tanalski.

“I like his work ethic — even though he’s not there yet, he’s still trying,” Case Melo Porto said. “He’s always posting videos and stuff, and that’s what I try to do. He’s always working, waiting for the opportunity.”

Every day at practice, Case Melo Porto focuses on practice his kicking technique — one kick a day for about 45 minutes to an hour.

“For kickoff, you have to put more power into it, because you want the ball to go farther away; you are just smashing it,” he said. “I don’t do that during the week; (only) on Friday when I really need to.”

Case Melo Porto likened kicking to golf. You can’t kick the football too hard. you have to kick it with good and proper form, so it can fly farther.

In his two years kicking for the Hawks, Case Melo Porto also has noticed growth emotionally.

“Before, I used to get nervous, and when I missed a kick, I would be so mad,” he said. “The next kick would also be a miss because of that. So, I’ve been able to control my emotions more.”

As a senior, Case Melo Porto is currently training a younger kicker — sophomore Kyle O’Rourke. And, in addition to solidifying a replacement for Horizon, Case Melo Porto also has dreams of playing college ball in Florida and eventually in the National Football League.

The Hawks are excited to continue playing this football season. They have seen all the hard work they have put into the off season training pay off. 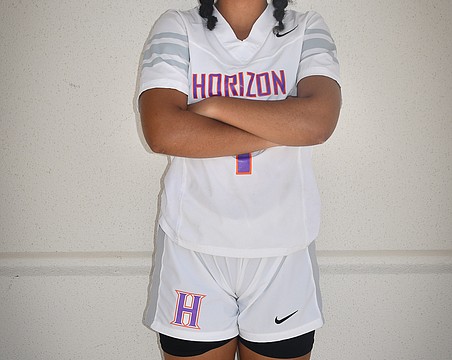 Athlete of the Week: Dominique Johnson-Floyd 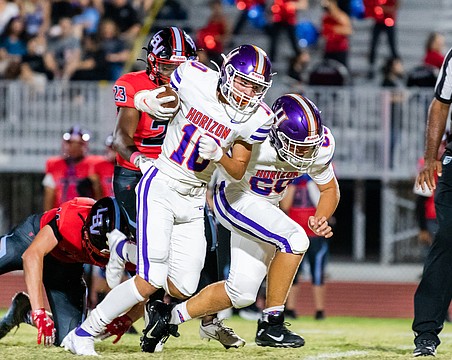 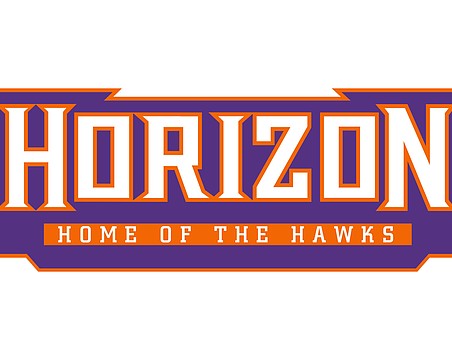 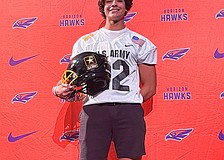 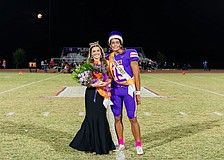 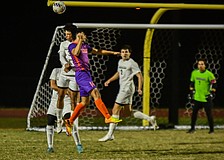 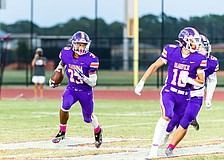 Horizon High football adds another win to their season 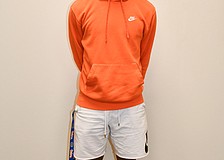