The new dessert shop in the Winter Garden Village offers a variety of sweet treats with a cool vibe.

Move over, chicken and waffles — there’s a new combination in town!

Amit and Sabina Maini have opened The Dolly Llama, an ice cream and waffle dessert shop, in the Winter Garden Village at Fowler Groves. Their grand opening was Jan. 7, and people have been curious about “the llama” and the shop’s concept.

“I would love for the locals to come and try it,” Sabina Maini said. “It’s definitely something we haven’t had here before in Florida, and they’re going to enjoy that. I can bet you that. … It’s fresh waffles, it smells so appetizing.”

The bubble waffle is baked fresh and made to order, she said.

She said the menu can be overwhelming with all of the options, but it’s broken down in an easy-to-read fashion. The menu includes signature waffles in two styles: the typical OG Liege flat waffle with the ice cream and toppings on top, and the cone-style bubble waffle with the goodies inside. There are 16 ice cream flavors and more than 25 different toppings and sauces.

Guests can get creative and customize their dessert, too, with a “build your own” waffle with toppings such as Cinnamon Toast Crunch and Fruity Pebbles cereals, peanut butter, candy, cookies, fruit and nuts — or they can indulge in ice cream sandwiches, hand-blended milkshakes, a mini OG box with six or 12 waffles and a selection of toppings, a simple scoop of ice cream, or just a waffle.

“You can pretty much customize,” Sabina Maini said. “People who want to get creative and try out whatever they want, they can do that. If they want to stay safe, they can staff with the premade recipes.”

Amit Maini said his favorite is Dolly’s Dream, a best seller with its Ultimate Cookie Monster ice cream, strawberries, brownies and Nutella sauce. Sabina Maini’s go-to is the Party Animal, created with salted caramel ice cream, brownies, dark chocolate and animal cookies; and the Sugar N’ Spice with cinnamon and vanilla. Other menu items include the Llama Gone Nuts waffle experience or milkshakes with names such as CinnaLover, Coffee Snob and Snow Storm. There are express and children’s options as well.

Sabina Maini said she and her husband were visiting family in California and were attracted to the eye-catching llama outside a dessert shop. Inside, they discovered the wonderful smell of fresh waffles, the taste of savory ice cream flavors — and an opportunity to re-create the sensation in Central Florida.

“We saw there were franchise opportunities, and we hadn’t seen this in Florida before, let alone Orlando, so we wanted to bring this to Orlando,” Sabina Maini said. “Ice cream is always a go in Florida, and we just jumped right in.”

The Mainis have lived in West Orange County since 2005 and love the close-knit community. They wanted to open a shop that would appeal to a young crowd and families.

The Dolly Llama was founded by real estate leader Eric Shomof and Samuel Baroux, a European entrepreneur and restaurateur who wanted to bring his passion for food and dessert to the states. The name was inspired by a real llama Baroux encountered on a farm in the South of France.

The Dolly Llama is hosting a “Build Your Own” photo contest in honor of International Creativity Month, and the winners will receive a gift card for up to $100.

Guests can post an interesting and fun photo or video on Instagram for a chance to win one of the top prizes. Participants must include #thedollyllamacontest, tag and follow @thedollyllama_us and geotag the location they visited. 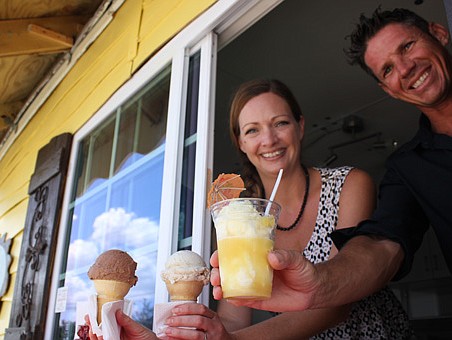 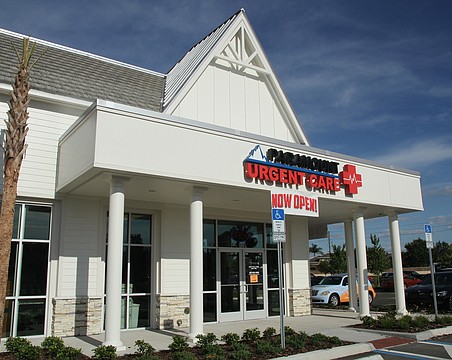 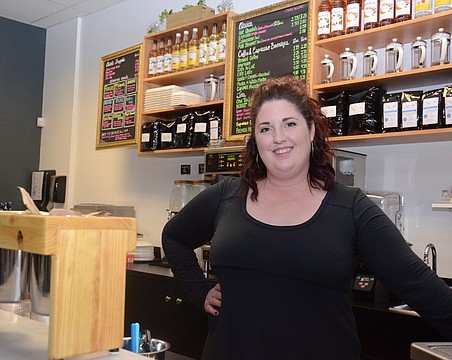 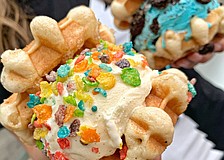 The Dolly Llama set to open in Winter Garden Village 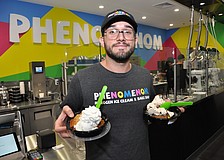 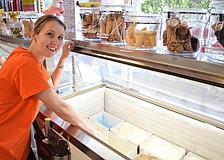 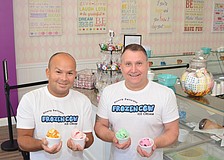