For the first time in Royals history, the cheer squad brought home the regional champions title in the Extra Large Non-Tumbling Division.

With 22 girls in the cheer squad, TFA competed in the Extra Large Non-Tumbling division. Courtesy photo.

With 22 girls in the cheer squad, TFA competed in the Extra Large Non-Tumbling division. Courtesy photo.

Every skill learned this year was new to the lady Royals, as it is the first time the team has done competitive cheer in recent years. Courtesy photo.

Every skill learned this year was new to the lady Royals, as it is the first time the team has done competitive cheer in recent years. Courtesy photo.

The First Academy cheer team was crowned Class 1A Region 2 champions Friday, Jan. 13, in the Extra Large Non-Tumbling Division for the first time in school history.

“I am just so proud of these girls for how hard they have worked, and we are blessed that the work is paying off,” head cheer coach Adrienne Pilz said. “It feels amazing to be making school history with our regionals win.”

This is the first year in a long time the Royals have had a traditional competition team. In previous seasons, the girls had been competing within the Gameday cheer category — which mostly consists of dancing and chanting.

Because gameday cheering is not a state-sponsored sport through the Florida High School Athletic Association, the team took the leap — alongside Pilz, who joined the Royals family at the beginning of this academic year.

“I was very lucky the girls wanted it and were all on board,” Pilz said. “I didn’t have anybody resisting my ideas, because they were all excited with doing competition. (But) for 99% of my squad, this is a brand-new style (of cheer). … My girls are the hardest working girls I’ve ever coached, so they are all about it and willing to put in the work to get to the place we needed to be in order to compete and to be able to be competitive against other teams.”

“More than half of the team had never cheered before this year.”
— Mackenzie Rearden

“The oldest person on the team is 7 years older than the youngest one on the team.”
— Britney Evans

“We got to pie coach Pilz after winning one of our competitions.”
— Chloe Monde

“A lot of the girls are younger, and we are a lot bigger of a team. … We are 22 (girls), so we make extra noise, and we have been able to improve (using) our voices because we are able to benefit from that on the score sheet.”
— Hadley Miller

“This is the most bonded our team has ever been, since I’ve been here, at least.”
— Rain Miklos

“I don’t want to be cliche, but these girls are really good at being silly and goofy. … We had a football game at University Christian, and we stopped at Buc-ee’s on the way back, and you would’ve thought they were celebrities! People were taking pictures with them, because they walked in like they owned the place, and they weren’t doing anything bad or wrong, but they were being so goofy and loose and fun.”
— Coach Adrienne Pilz

The Royals’ main pillar is faith.

“I am so thankful that God has given us this ability to do this, because the girls who were here last year wanted this and took steps to have this at the school so they know the sacrifices (that had to be made),” Pilz said. “And (grateful) for the talent that God has given us, because if it wasn’t for Him and His abundant mercy, we wouldn’t be doing this. … Everything on top of that is just the icing on top of the cake. We get to do all this because of Him.”

With five seniors on the squad, Pilz has had help when it comes to guiding the younger members of the team.

Now in her fifth year as a cheer squad member, Mackenzie Rearden, 17, is one of the seniors who has helped lead the little ones this season.

“I (like) to encourage and really take time with each of the little girls individually,” she said. “It’s kind of the main thing I do as a leader — individualize the time with each person rather than doing it in a big group and not really helping each of them in what they may specifically need.”

This leadership came in handy when the girls were learning new stunts. Every skill the lady Royals have learned this year has been new to them, including the elite-level ones.

“That’s what has made this so amazing and why we are so thankful,” Pilz said. “ When we started over the summer, we were struggling to put up a half, and the girls never gave up and never quit. We do have some elite-level stunts such as our second pyramid — we call it a one-man — is a single person underneath, and then they do a switch. So as they are driving the girl into the air, she actually switched feet. So there’s a moment where she is kind of weightless, because her feet aren’t in the (base’s) hands, so that’s a high-level stunt. We make sure that we are able to hit those elite-level stunts and hit them clean. And (with) our other stunts, we just try to make them as sharp and clean as possible.”

Preparing for regionals was no easy task. Pilz placed a banner in the gym that read “Regionals,” where the girls were encouraged to write their goals and how they would achieve them on Post-it Notes.

“I’ve hung it up every day in our practice space this week,” she said. “That really helped, because it made (the girls) see that it is easy to say, ‘For regionals, I want to hit every stunt.’ So I asked them ‘OK, what is the work you have to do to do that?’ Putting it on paper helped the girls realize what they had to do at practice. … So if (they) get tired, I want (them) to go over to the banner and re-read (their) goals.”

The team also has worked hard to sharpen its collective discipline.

“Discipline and reality-checking ourselves that we are more successful this season than we thought we could be,” said senior Hadley Miller, 17. “So not to take advantage that we have won three (now four) competitions in a row, but being hungry for more. … We still have to improve in every practice, (because) it is not over, and we have to keep trying.”

And even though the team has been successful this year, the girls had to overcome some obstacles along the road, such as the age gap between the members of the team.

“The younger ones are not really used to the (competitive) environment, so they have had to get used to in a really tight limit of time,” senior Chloe Monde, 17, said. “If we have practice today and (a competition) tomorrow, (we) have to work today and get the work done before you can goof off.”

During regionals, the Royals put their abilities to the test, as they encountered the highest number of teams they had seen in a single competition — and a new opponent in Satellite High School.

Senior Britney Evans, 17, was excited to compete at regionals and leading her fellow Royals on the floor.

“I’m really good leading everyone in competitions and getting everyone focused and in the right mindset,” she said. “Helping (my teammates) get rid of those nerves, especially those who had never competed before.”

‘I AM BECAUSE WE ARE’

An important saying the team has this year is “I Am Because We Are.” This has guided the girls all through their season and has allowed everyone in the team to realize that winning is a team effort and that no individual can perform without the girl standing next to her.

“My little girls are only able to do so much without the help of the older girls (and vice versa),” Pilz said. “It’s helped keep us all focused on the team rather than just one individual.”

“Going to states and winning … that would be nice,” she said.

The Royals now are preparing to the State Championship tournament Friday, Feb. 3. Because of their win at regionals, the girls qualified to go straight to finals. 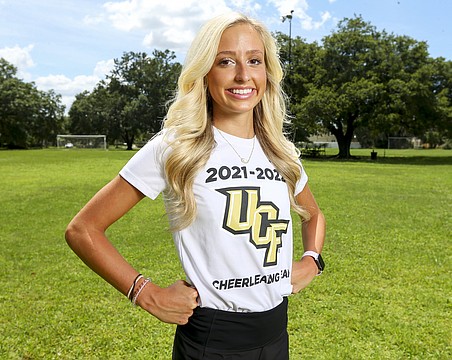 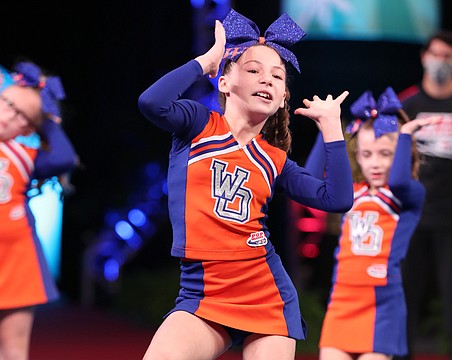 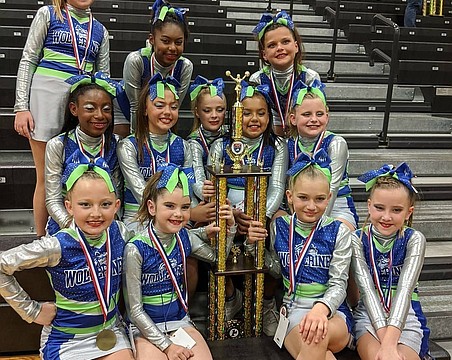 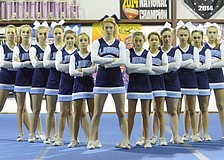 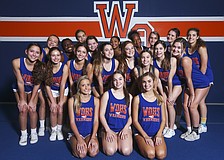 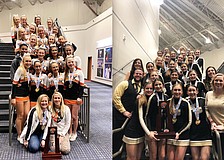 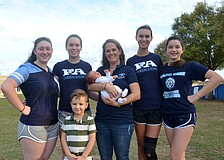 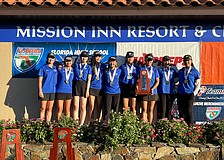