Ocoee officer moonlights as a singer

If you’re driving around the city of Ocoee, chances are you’ve seen police Officer Duane Hunt on his motorcycle patrolling the streets and keeping the community safe.

If you’re driving around the city of Ocoee, chances are you’ve seen police Officer Duane Hunt on his motorcycle patrolling the streets and keeping the community safe.

Hunt has been a member of the Ocoee Police Department since 2007 and serves currently as an essential member of the traffic homicide division.

However, what most people are unaware of is Hunt’s hidden talent — his voice.

The sound of Frankie Valli’s “Can’t Take My Eyes off You” echoed throughout the halls at the assisted-living facility HarborChase of Dr. Phillips.

Hunt’s strong voice enchanted the seniors, who watched from chairs and wheelchairs, singing along to the words they remembered and swaying to the tune. Hunt’s visit is a favorite for many of the HarborChase residents, and the music brings back a flood of memories and feelings.

Hunt performs at the facility every Thursday with Sara de Revere, his singing partner for more than a year.

De Revere has experience performing on the Disney Cruise Lines, Princess Cruise Lines, was a lead singer in a jazz performance band and the voice in Disney’s “Finding Nemo” the musical at Animal Kingdom.

The pair makes the performance fun and mixes in famous songs from Broadway and Disney with classics from Frank Sinatra.

“Duane is wonderful and easy to work with,” de Revere said. “He is a talented musician and spreads his joy of singing popular songs and the American songbook to the seniors. He makes their faces brighten as they mouth the words of the songs.”

Hunt met de Revere through mutual connections from Pilars in downtown Winter Garden, where he and his wife visit Thursday nights for the open mic.

When Kriss Harris, the original Ariel in Hollywood, heard Hunt sing at Pilars, she asked him if he would be interested in performing through a collaboration with Central Florida Community Arts.

CFCArts had given out a grant before the onset of COVID-19 for a few performers to go around to local retirement homes and sing. When the pandemic hit, the grant dried up, so it was on the performers to continue to reach out to the community if they wished.

The pair performs at many other locations in West Orange, such as the Ocoee Senior Center and The Blake in Hamlin. Hunt also performed a three-hour gig on a Friday night at Pelican’s SnoBalls in Ocoee, a memory he refers to fondly as a bucket-list item.

Hunt shared the two goals he shoots for when he gets on stage include the initial shocked face from audience members when he stands up before he sings and the head tilt when they do hear what his voice sounds like.

Hunt began singing in his hometown church choir at age 12. He was led by choir director Guy Shepherd, who became a major inspiration and influence.

“His music ability and his ability to teach were on another level,” Hunt said. “He’s so advanced with music that when he hears it, he sees color. He could take anybody — and I mean anybody — and work with them to get them up in front of a crowd to perform. My music foundation is him. He’s a perfectionist. He demanded a lot, and I think he demanded even more from people who he thought had talent.”

Over the next 15 years, Hunt sang in several ensembles, including a men’s quartet called Cornerstone and a mixed Christian contemporary group called Living Sacrifice. He also performed as a solo artist and in a duet.

Some of the highlights from his church choir career include touring Florida during the summer months and performing Easter sunrise services on Fort Lauderdale Beach.

One of his proudest memories is the connection he formed with Shepherd’s son, Joshua, who looked up to Hunt. Hunt played the violin since second grade and took Joshua Shepherd under his wing to teach him before he started professional lessons.

Joshua Shepherd went on to earn a doctoral degree from the University of Miami before making his way to Broadway. He can play several instruments, including violin, viola, cello, guitar and piano. He was part of the orchestra when “Spamalot” opened and was an understudy in the orchestra for “Phantom of the Opera.” He is now a conductor for a symphony orchestra in Nashville.

Although he still performed with the church, Hunt also started his own music ministry called Code 3 Ministries, in South Florida. It was named after the Code 3 police radio code for emergency lights and sirens.

When the family moved from South Florida, Hunt was not singing at all but quickly began to miss the music.

His mom, who Hunt fondly refers to as his second biggest fan after his wife, Paula, bought him a music system, which he set up at the house.

When the city of Ocoee was searching for someone to sing the national anthem for an event, Hunt jumped at the chance.

“Down south, that was the one song that I had always wanted to do but never had the opportunity to do,” Hunt shared.

After Hunt sang it once, the city fell in love with his abilities. Since then, Hunt has been asked to perform the national anthem multiple times at different venues across the area, such as annual memorials, ceremonies and services and even for the International Association of Chiefs of Police.

Hunt, 51, was born and raised in Fort Lauderdale, where he excelled in a multitude of extracurriculars, including baseball, football and music.

He got married to his first wife out of college, and the pair had their first son, Ricky.

Although he had a chance to play football at West Virginia Wesleyan College and received a scholarship to play baseball at Palm Beach Atlantic, the young father turned both opportunities down to provide for his family.

Hunt worked as a janitor at the same school he received the baseball scholarship to for two years before he decided to put himself through the police academy in 1993 in South Florida.

“Growing up, I was baseball, football, music, which sounded great, but I had no tangible life skills,” Hunt said. “I couldn’t fix anything. I couldn’t build anything. I didn’t have anything that I could take out in the real world.”

Hunt worked in the area as a cop for 11 years at both the Oakland Park Police Department and the Broward Sheriff’s Office.

He started with Ocoee PD in 2007 and said he loves the small-town vibe the department has formed with the local residents.

“It’s steady,” he said. “I don’t think the crime is out of control, but what’s nice as far as the officers and command staff, we all get along really well, and I like the strong community connection the department makes a priority. Being a motorcycle cop, while yes most times people see us doing traffic stops and traffic crashes, but what’s nice about it is that we also get to go out in the community, visit the local schools, interact with the people, attend frequent events and even work with other local departments.”

Although Hunt always liked motorcycles, he was not familiar with them until he started his police work.

“I always liked traffic, and I loved motorcycles,” he said. “I was never allowed to ride a motorcycle growing up, so the first time I ever got in a motorcycle was the Friday before I started motor school on Monday down in Fort Lauderdale at the Broward Sheriff’s Office.”

Hunt takes his job seriously and is proud of his record. In the past year, the department has had more than 30 traffic homicides, and he hasn’t lost a case yet. However, it does not come without consequences.

“These traffic homicide cases aren’t cases that are over in a week or in a month,” he said. “These are families that are going through a traumatic loss, and I want to be available to them as much as possible, but it does take a toll. I would use Disney as my escape. Music has become that now. It’s not just the music though. Too many who are Disney or Universal performers, these little gigs may not seem like much. But to me, this is my stage. I get to perform, and I’m learning as I go.”

Hunt is also 11 years cancer free. He was diagnosed before he turned 40 years old.

Although he is still working on his stage presence, Hunt said it’s been a blessing starting music performance so late in his life, because he still enjoys it as a hobby without the stress of it being a full time career.

Hunt’s dream is to one day be able to perform at Disney as a Liberty Singer.

Music has reaped a multitude of benefits for Hunt, and he said he’s grateful he can do the same for his audiences. 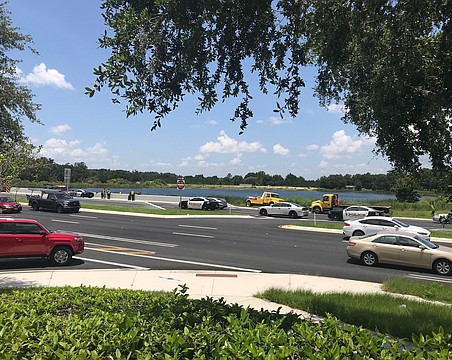 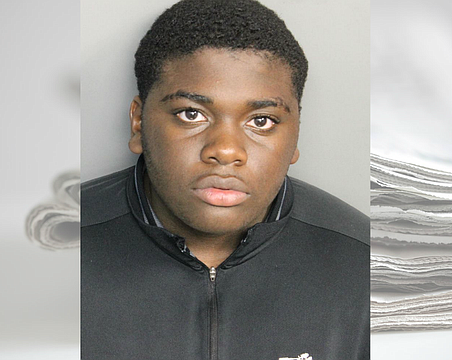 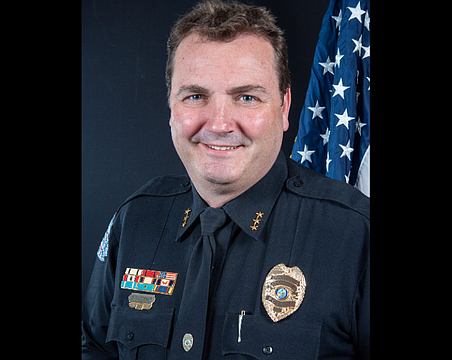 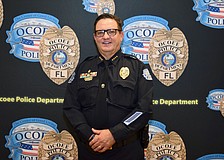 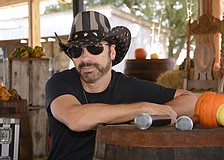 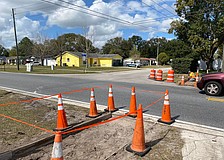 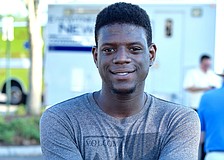 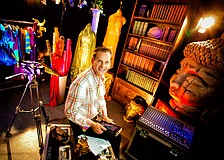