Judy Appleton Procell, who was diagnosed with breast cancer in April 2009, was still getting used to the new appearance that comes with treatment, especially not having hair. One day, though, that changed. Two years ago, despite being barely 36 hours out of surgery, with a pink scarf wrapped around her head and wheelchair to support her, the always-tough Procell headed to the Susan G. Komen Race for the Cure. That sunny day, while surrounded by other survivors, she felt a confidence she hadn’t since she lost her long black hair, and her scarf came off for the first time.

“I felt the strength of the women around me,” Procell said.

But strength wasn’t something Procell was a stranger to. Since her diagnosis she’d been a fighter, levelheaded and decisive from the start, even though finding the cancer had come out of a family crisis.

When Procell’s husband was laid off from his job, Procell went the route she always did in the face of trouble: She faced it head-on. In a week she would be without health insurance, so she headed to all the annual appointments she would have gone to in a few months, including one for her pelvic and breast exam. And that’s when the nurse practitioner found a marble-sized lump in her breast. It was cancer.

It was an indescribable feeling, she said, to find out she’d been walking around, thinking she was perfectly fine, with cancer.

For more information about how you can help with the fight against breast cancer locally, visit the website for the Central Florida affiliate for the Susan G. Komen for the Cure at www.komencentralflorida.org

But Procell, an Oviedo resident, tackled the diagnosis with determination, hope and, most importantly, education. A notepad full of questions greeted each doctor she spoke to, a bookshelf full of educational material still stands in her living room and she attended every conference, seminar and meeting she could get to.

She battled and won against health insurance companies when they refused to pay, and she faced financial hardship. For Procell, though, there wasn’t an option to break down, and her life had to go on, especially for her two teenage daughters.

“I couldn’t be weak — my children were counting on me,” she said.

Her approach to the disease was no surprise to those close to her.

Today she’s cancer-free, after enduring four surgeries and chemotherapy in eight months. And throughout her treatment and recovery, Procell has used her story and the knowledge she’s gained to help other women fight the disease. Procell said breast cancer reaches almost every person she’s met, and considering the statistics, it’s not hard to see why. The chance of a woman having breast cancer in her lifetime is about 12 percent, and there will be about 230,480 new cases in the U.S. this year, making it the most common cancer for women in the U.S.

“Those are staggering numbers,” Procell said.

Now she fights the disease, and heals herself, by sharing her story with other survivors, family, friends and curious strangers wherever and whenever she can. She represents strength and survival for the Central Florida affiliate of the Susan G. Komen for the Cure foundation at local events where she speaks.

“She captivates people,” said Stefanie Steele, mission manager at Susan G. Komen for the Cure of Central Florida. “When I bring Judy with me … it becomes real to every single person there.”

“I think people connect most when you share your story,” Hannah Procell said. “There’s power in that.”

And when Procell tells her story, you see true mental and emotional toughness at work. She’s warm, but matter-of-fact — there are no tears when she speaks about her experience. Her knowledge seems endless, and her passion for education is clear.

“I always knew I was a strong woman, I just didn’t know how strong I was,” Procell said.

Though her times of triumph outnumber them, there were moments when she felt scared and overwhelmed. One was when her husband got a job in Alaska and had to leave a week after her last surgery.

“I was frightened,” Procell said. “I was still in stitches and bandages driving him to the airport.”

But her community, temple congregation and family were there to support her. For her daughter Hannah, this was a big turning point in life. She learned what not many young teens always do — to appreciate her mom.

“Suddenly I was needed, and you can’t walk away from that,” Hannah said.

Now the mother and daughter have teamed up, going beyond the races and conferences. Hannah and Procell have designed pink “Roar for the Cure” shirts that Hannah is selling at Oviedo High School, where Procell graduated from and her two daughters Hannah and Sarah currently attend. At the Friday, Oct. 21, home football game they hope the crowd will “pink out” the game by wearing their roar shirts.

Steele is always awed with the work Procell does for the cause, and said without her their mission wouldn’t be as strong.

“She is by far one of the most amazing women I’ve ever met,” Steele said. “She inspires me every day.” 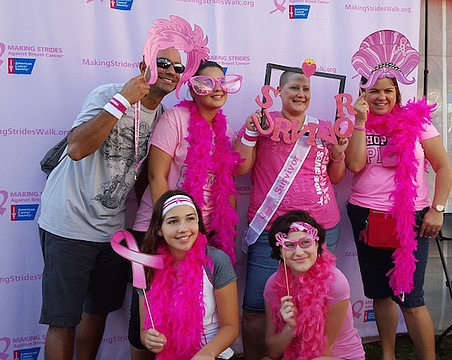 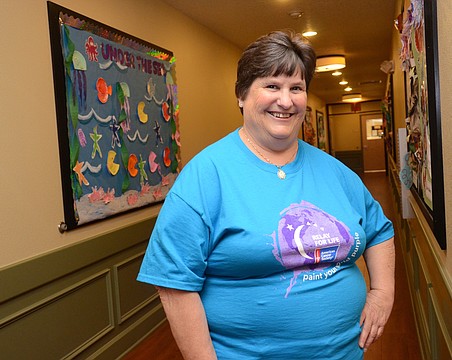 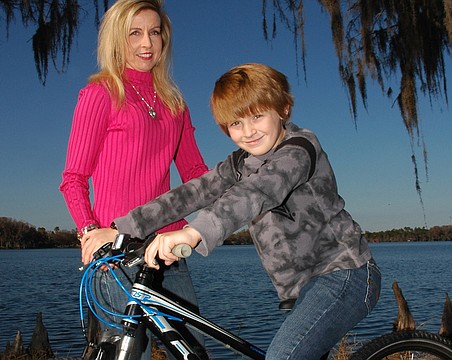 Pedal toward a cure 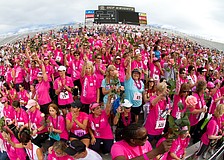 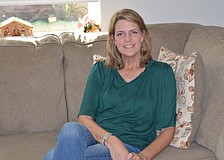 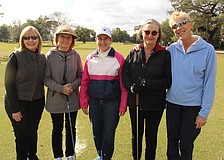 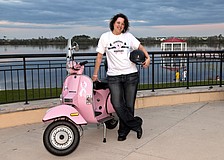 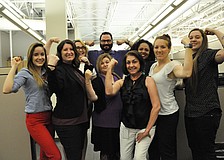