Kayaks and running shoes are rarely mentioned in the same sentence. But in Casselberry that odd combo is becoming an annual tradition.

The annual RunYak race sponsored by Travel Country and the City of Casselberry might be better named ‘the little race that could.’

Part running, part paddling, all fun, the race with a goofy name has a small, but loyal following of outdoor enthusiasts and weekend adventurers who prepare every year to duke it out on the lakes and parks of Casselberry.

This year’s race is on Aug. 23 at Secret Lake Park.

Patty Milliron and her husband have competed in the RunYak for the last two years. Both competitive runners, they find this is a nice break from the highly competitive world of 5Ks and marathons.

“It’s a fun race,” Milliron said. “One that we look forward to each year.”

The race takes off on land for a 2.3K run, followed by a 3K figure eight shaped paddle skirting two portions of Triplet Lake, then another 2.3K run to the finish line. But that doesn’t mean it’s a leisure cruise in the middle.

“I always say I’m going to take it easy on the paddle portion,” said Milliron “but then I end up paddling as hard as I can. By the time I get to the second running leg, my legs and arms felt like Jello and I had to take a minute before I set off.”

It would seem that racing against her husband and the couple’s friends brings out her competitive spirit.

The entire event is characterized by a spirit of friendly competition, said Ian Ogilvie, Manager at Travel Country.

“The general mood is light and fun,” he said. “The best part of the day is getting to see all the nicest parts of Casselberry by water.”

Because the race is mostly for fun, no one really spends a lot of time preparing, Milliron said.

“We just spend a little time here and there paddling and that’s about it,” she said.

The race is for all levels from beginner to seasoned pro, and is a family event.

Those with canoes who want to race as a team can enter as a tandem, with one teammate running the first leg, both paddling together and the second teammate finishing the last leg on foot.

The oddball nature of it, along with the scenic location, might make it a more ideal spectator sport than 5Ks.

“There is plenty of room in Secret Lake Park for spectators to watch, there is a playground for kids and there are benches to watch the entire race from,” said Lynn Hoppes, Special Events Coordinator for Casselberry.

Most competitors will be bringing their own kayak or canoe, but there will be limited numbers of each available for rent on the day of the event.

Don’t have a kayak or canoe, but you just got a sweet paddleboard? Sign up! You are welcome to race as well.

Racers can sign up online at RunYak.com, with the entry fee of $30 including a race T-shirt, a swag bag from Travel Country and the chance to take home cool raffle prizes like heart rate watches, headphones, hats, shirts and more.

Entry is open to participants ages 13 and up.

Top male and female competitors will take home a $50 gift card from Travel Country and the top tandem team will receive a $100 gift card.

Always in competition with each other, Milliron and her husband will be giving it their all again this year.

“I was not a good canoer when I was a kid,” Milliron said. “I was always ending up in the water, but I’ve never tipped the kayak yet, so I’m doing pretty good.”

“This is really such a fun race, I’d love to see it grow,” she said. 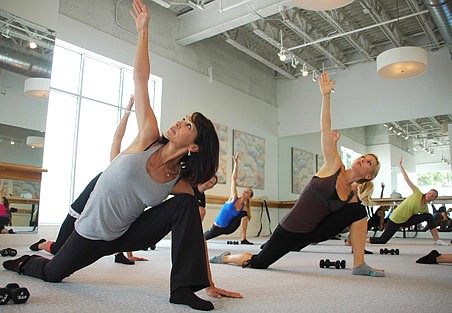 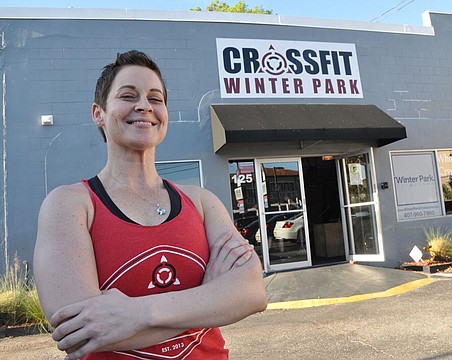 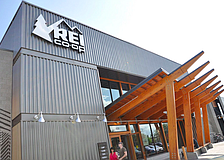 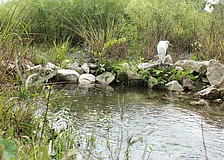 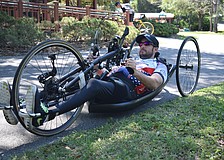 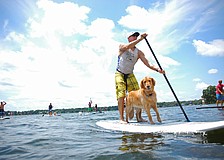 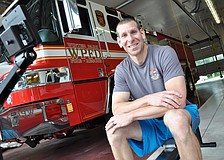