The Lewises purchased Front Row Sports Bar and Grill, in Ocoee, in 2019 and Winter Garden Restaurant in 2021.

Winter Garden Restaurant is the kind of place where the regulars are so comfortable they will venture into the kitchen if they arrive in the morning before their server. And that’s just the way owners Charles and Ann Lewis want it.

“I’m on my way to work at 5:30 in the morning,” Ann Lewis said. “Some of our regulars, the locals, have been coming here for years. … They come in the door, and the server might not be here yet, and they come in and start making their coffee. They have their tables and their routine.”

Charles and Ann Lewis built a successful restaurant in Ocoee, and they are doing the same in Winter Garden.

Ann Lewis has a passion for the food industry. She has worked at the Kona Café at Disney’s Polynesian Village Resort since 2003, and she is part owner of Front Row Sports Bar and Grill, in Ocoee.

The Lewises bought the Winter Garden diner, a staple at the corner of Dillard and Plant streets, one year ago and have put a great deal of money and time into bringing it up to their standards.

They own the diner with their two children, Jordan Lewis and Jenna Lewis — it’s a true family affair.

The four had to replace everything in the building, they said, including a new air-conditioning unit.

“We built it from the ground up,” Charles Lewis said.

What didn’t change was much of the staff, which is like an extension of the Lewis family.

“The kitchen manager was here from the very beginning,” he said. “I wouldn’t trade (Leah Francis) for anything.”

“Rossy (Aguilar) just recently had a baby,” Ann Lewis said. “She’s not quite ready to come back, but she wants to come back to her customers.”

Another employee, Danielle Perez, dined at the restaurant as a child with her grandmother.

“These people have just really opened their arms to us,” Ann Lewis said.

When the Lewises bought the diner, they took a look at the menu and decided it was too large and the choices needed to be pared down.

Most of the menu items remain, and even dishes like liver and onions, which isn’t on the menu, still can be ordered.

• Winter Garden Special – Two eggs, choice of meat and choice of half biscuit and gravy or pancakes or French toast

New to the menu are gluten-free bread, mimosas, more flavored teas and a greater variety of vegetables.

“We opened up the menu to (serve) both ends of Winter Garden,” Jordan Lewis said. “You have these new people with new tastes, views … progressive — but you want to stay traditional.”

“We have to have (plenty of) hamburger for Meatloaf Monday, and we’re known for our beef tips on Fridays,” Jenna Lewis said. “And everybody loves beef tips.”

“It’s good food for a good price,” Ann Lewis said. “Ours is freshly made, and we do specials every day.”

Jordan Lewis likened the restaurant to a good Southern diner. Charles Lewis thinks people will find they don’t have to spend close to $100 to eat well.

“We found that if you go (downtown) here at night, some of the restaurants are either packed or they’re very, very pricy,” Ann Lewis said.

The Lewises would like to add to the dinnertime offerings and expand the restaurant hours at some point. The diner is open from 6 a.m. to 2 p.m. daily, and the owners want to extend the hour through the dinner hour — once staffing and supply-chain issues are resolved.

Charles and Ann Lewis wanted to make sure they provided enough financial security for their children and grandchildren, so they leaned on Ann’s expertise in the food industry and bought Frank’s Place, a sports bar in Ocoee, about five years ago. Charles Lewis had been working there prior to the purchase and jumped at the chance when Frank Ruperto announced he was retiring and selling the establishment.

It was a fitting investment; the Lewises actually met at a bar.

They said they made dramatic changes, including improvements to the building, a smaller menu and a new name.

“We wanted to make it where a guy could take his girl out,” Charles Lewis said. “More friendly, family-oriented.”

“I think it’s the best decision they’ve ever made,” Jordan Lewis said. “Them bringing me up in the restaurant, it helped me find focus in my life. My father is my mentor, and he still has so much to teach me.”

“Every day I learn something new,” Jenna Lewis said.

The Lewises have divided the responsibilities: Charles and Jordan run Front Row, and Ann and Jenna run Winter Garden Restaurant. But they all pitch in when help is needed at either restaurant.

“Front Row’s got some amazing food,” Ann Lewis said. “People are like, ‘Why can’t you bring that over here (to Winter Garden)?’”

She said she makes it clear to people that the two restaurants have their own atmospheres and menus and it’s going to stay that way.

Charles and Ann Lewis and their children said they are committed to the two communities and will continue their events and programs. Front Row holds bingo games every Monday night, with earnings going to the West Orange Babe Ruth League, and participates in a backpack drive in the fall hosted by Ray Peeples Ministries. They said they will conduct the backpack drive in Winter Garden, as well.

They are embracing West Orange County as their own, too. Ann Lewis said she grew up in Altamonte Springs and had never stepped foot in Ocoee until her husband took the job at Frank’s Place. They now live in Ocoee, and their home is five miles from each restaurant.

“We love West Orange County, and we are embracing it,” Jenna Lewis said.

The support of the community is crucial to the restaurant’s success.

“Those 5:30 a.m. guys, they’ll be back here for lunch,” Ann Lewis said. “There are some people who are here several times a day. They might just order a tuna sandwich and chips and their bill is $5 — but they’ll be back the next day.” 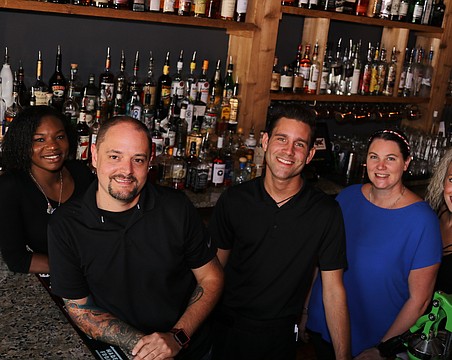 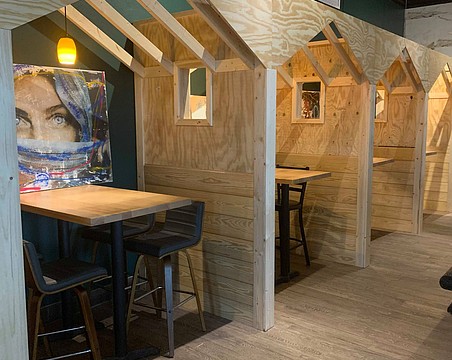 Feather and Quill floats into The Grove Orlando 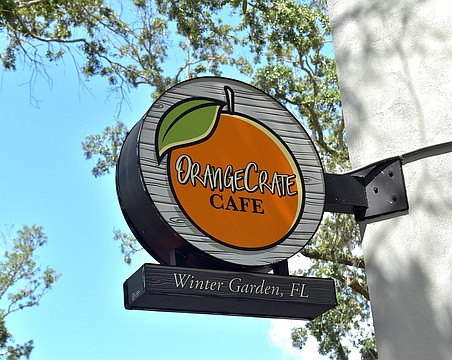 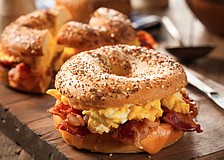 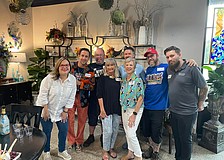 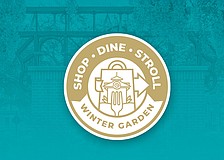 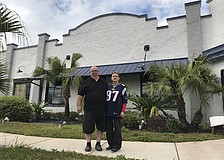 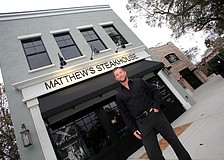