WWII hero graduates from Citadel 78 years after his death

Hometown hero George Bray McMillan, who grew up in Winter Garden, was a member of the Flying Tigers and was shot down and killed on his 53rd mission in 1944.

Bristol and Wyatt McMillan and their parents, Bray and Leslie, traveled from Winter Garden for the ceremony.

Bristol and Wyatt McMillan and their parents, Bray and Leslie, traveled from Winter Garden for the ceremony.

Many relatives of George Bray McMillan traveled to South Carolina to participate in the Citadel ceremony.

Many relatives of George Bray McMillan traveled to South Carolina to participate in the Citadel ceremony.

The McMillan family was given George Bray's Class of 1938 ring.

The McMillan family was given George Bray's Class of 1938 ring.

A World War II hero from Winter Garden has been recognized as a graduate of The Citadel — nearly eight decades after he was killed when his plane was shot down in combat.

Lt. Col. George Bray McMillan was posthumously honored in a ceremony Friday, Sept. 9, at the Charleston, South Carolina, military college. His family received his undergraduate diploma and Class of 1938 ring. This is the first degree the school has issued after a cadet’s death.

McMillan grew up in Winter Garden, graduated from Lakeview High School and spent one year at Marion Military Institute before transferring to The Citadel in 1935. He was six credits shy of earning his degree when he accepted a position in the Army Air Corps Aviation Cadet Program.

He decommissioned to join the American Volunteer Group, commonly known as the Flying Tigers, to assist the Chinese Air Force in its war with Imperial Japan.

When recruited by the American Volunteer Group, McMillan resigned as first lieutenant in the U.S. Army Air Corps at Orlando Field in Florida. He sailed on the Dutch ship Bloemfontein from San Francisco July 24, 1941. After stops in Honolulu, Batavia, Brisbane and Singapore, he arrived in Rangoon, Burma, aboard the Penang Trader Sept. 15. Throughout his AVG experience, he wrote letters to family members detailing his daily activities.

In Burma, McMillan served as a flight leader with the 3rd Pursuit Squadron, scoring four-and-one-half aerial victories while flying a P-40. During the Christmas Day 1941 encounter,

McMillan’s plane received heavy enemy fire, and he was wounded in his left shoulder and hand. He crash-landed his badly damaged plane in a rice paddy about four miles away from the nearest village. After procuring a horse and riding for eight miles, he was met by local authorities who transported him to Mingaladon Airfield for treatment of his wounds.

McMillan was recommissioned in the U.S. Army Air Force with the rank of major and returned to China in 1943, flying once again under Maj. Gen. Claire Chennault. He served briefly in the Chinese-American Composite Wing and the 51st Fighter Group, before taking over as commanding officer of the 449th Fighter Squadron.

He attained the rank of lieutenant colonel and scored four more aerial victories, flying a P-38 fighter aircraft, before being killed in action southeast of Pingxiang, China. He died June 24, 1944, while on a strafing mission. After being hit by groundfire, McMillan attempted a forced landing, but the plane’s engine exploded and he was killed instantly. It was his 53rd mission upon returning to China.
Local villagers buried McMillan behind a temple, 100 yards from where his plane crashed. After the Japanese surrender, his body was reburied at the American Military Section of Hungjao Road Cemetery in Shanghai, China. His body now is interred with fellow Flying Tigers at Arlington National Cemetery.

McMillan officially is listed as an Ace by the American Fighter Aces Association, taking into account his four-and-one-half aerial victory credits with the AVG and four credits with the 14AF in the CBI during WWII.

After returning home a hero, he rejoined the Army Air Forces and served as the commander of the 449th Fighter Squadron before being shot down and killed June 24, 1944, near Pingxiang, China, on his 53rd mission. He was 28.

McMillan family members traveled to The Citadel for the ceremony, including Bray and Leslie McMillan and their children, Wyatt and Bristol, and Bill, Mary Beth and Nick Asma, all of Winter Garden; and Charles and Janet Alford, of Vero Beach. Others were there from South Carolina, North Carolina and Georgia.

The family, as well as Citadel staff and alumni, gathered in the Daniel Library to pay tribute to George McMillan.

“It was nice to see that he is being recognized and remembered,” said Leslie McMillan, whose husband, Bray, is George McMillan’s great-nephew. “In the library, we got to see pictures and some of the artifacts. They had a model plane of the type of plane that the Flying Tigers flew. There was a picture of him and a writeup … They had some old newspaper articles. Our kids are 10 and 8. They were really able to appreciate what it was.”

A Citadel official spoke of the Long Gray Line and the class ring’s importance before it was presented to the McMillan family:

“Long Gray Line — a real physical place, not just a metaphorical one — one without age difference, without class distinction, without gender, without skin color. A place where all are ready, willing and able to look beyond self and to support each other and our beloved Citadel. We have a Long Gray Line like no other. It is fitting indeed that George McMillan will have that same ring, the same ring as all of his brothers and sisters in arms who have left this hallowed place to fight for freedom from 1941 through today — and into tomorrow.

“It is a ring owned by no woman or man. It is a ring that can only be possessed in temporary stewardship by those who follow and embody the ideals of duty, honor, respect and country.

“McMillan family, if I may have permission to be so bold: George, it’s been a long time coming, you have always been with us in spirit, let’s make it formal. And let us do so with the same words that were used for your classmates 84 years ago: Sir, Mr. McMillan, sir, and members of the Class of 1938 — welcome to the Long Gray Line.”

“It was such a sad thing, and it was really hard on the family when they lost him,” Janet McMillan Alford, a niece, said.

This program meant closure for the McMillan descendants, she said.

“It was bittersweet but really kind of a full-circle experience,” Alford said. “It kind of completes his journey. Because my father always told me that George always wanted to come back and finish his degree. Daddy had made a few inquiries, but we didn’t push it over the years, and there were some … alumni from The Citadel that thought it was very fitting. They let me know they were working on it. This one fellow who was championing it, he said it took five years.

“They’re Citadel Bulldogs, they never give up,” Alford said.

It read, in part: “Every person, young and old, in Winter Garden has grown up learning about George McMillan, a dedicated and honorable man. It would be a great honor to our city to have you bestow a degree to Lt. Col. McMillan from The Citadel, a most reputable institution of higher education that meant so much to him.”

This is the first time in The Citadel’s 180-year history it is presenting posthumous degrees to two former cadets who left the college before graduating. The second will be presented Nov. 11 to the family of Medal of Honor recipient Christopher Celiz, whose name will be added to the Class of 2008.

“With their names engraved in The Citadel War Memorial, Lt. Col. McMillan and Sgt. 1st Class Celiz are forever part of our campus,” said retired Marine Corps Gen. Glenn Walters, Class of 1979. “Now, with degrees and class rings, they will eternally be part of our alumni. It will be an honor to welcome their families to campus and celebrate the life and legacy of these two Citadel graduates.”

“It is a privilege to have an opportunity to honor two American heroes, both of whom we are proud to welcome fully into The Citadel’s Long Gray Line of alumni,” said Col. Dylan Goff, Class of 2002 and chair of the Board of Visitors. “Both Lt. Col. McMillan and Sgt. 1st Class Celiz — on campus six decades apart — thoroughly represent the service and sacrifice we work to instill in those who join the South Carolina Corps of Cadets.”

“We knew it was a big deal going into (the ceremony), but then to hear them speak about him, none of us had ever met him, but you could tell he was well respected as a patriot and a member of The Citadel and a resident of Winter Garden,” Alford said. 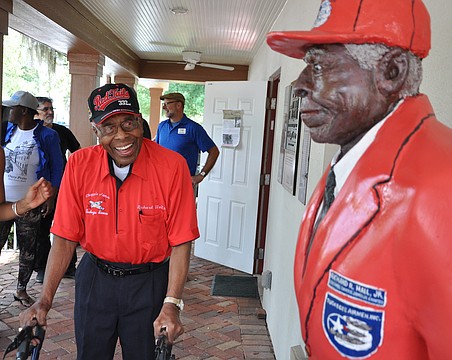 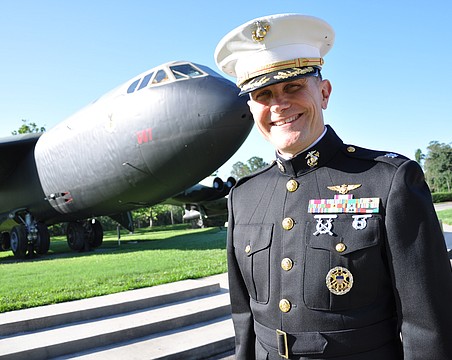 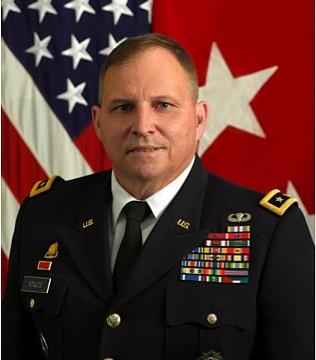 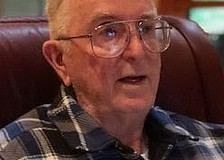 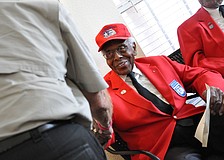 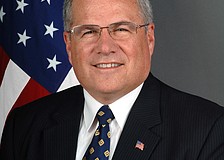 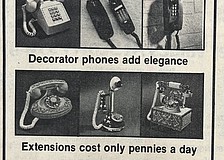 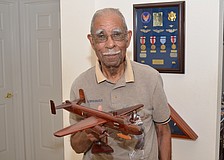