While youth baseball numbers have seen a national decline since the 2008 recession, business is good at Winter Garden Little League.

Depending on where one is standing, the health of youth sports can look any number of ways.

Within the world of competitive — and, usually, expensive — travel teams and specialization training, there can be instances of growth and opportunity.

Overall, though, the nation at large has seen a decline in youth sports participation following the recession of 2008. Studies from several organizations, including the Aspen Institute and the Sports and Fitness Industry Association, among others, show that baseball is no exception in the big picture. Although there have been some encouraging signs recently, participation is still down from pre-recession levels. A study released by the Aspen Institute in September 2017  cites baseball’s core participation as 12.4% of youth in 2016, down from 16.5% in 2008.

There are any number of reasons that some Little Leagues are encountering participation problems, with more competing options for team sports and physical activity not least among them.

Locally, though, business is good for youth baseball.

Here is a look at the growth of Winter Garden Little League over the past three years.

And in Winter Garden, Winter Garden Little League has experienced impressive growth in participation, sponsorship and the league’s overall product.

Matt Eidelman, the league’s current president, assumed that position before the 2014 fall season. In just three years, there have been some noteworthy numbers.

Fall participation, which can be a bit of a struggle as youth football is popular during that time of year, is up to 504 children last fall at WGLL from 320 in the fall of 2014. Anticipated spring participation for 2018 is about 560 players — up from 434 players in 2015.

That success in participation can be attributed to several factors, including overall population growth within the league’s geographic zoning. According to Eidelman, the league also is retaining more kids and families on a year-to-year basis, with many sticking with it until the children age out. WGLL also has worked to coexist more effectively with travel-ball organizations so children can do both if they choose.

“We don’t have a lot of kids who leave,” Eidelman said. “We make it as convenient as possible, that way travel-ball gels with Little League.”

The sponsorship increases for WGLL have been more staggering.

WGLL had 17 sponsors at the end of 2014, which — at the time — was the most the league had ever had. That number is up to 33, with the league’s board of directors and marketing team are optimistic it can reach 40 sponsors by the start of the 2018 spring season.

“We now have businesses coming to us because of name recognition,” Eidelman said.

In recent years, part of what has worked well for the league has been an attention to detail embraced by the board of directors and its other volunteers.

Examples include landscaping around the fields and spectator areas, the condition of the fields themselves, offerings at the concession stand, the addition of a playground adjacent to the fields and uniform changes each season.

“It makes a major difference — (the details) make people want to be here,” Eidelman said.

The condition of the fields, which already had been improving thanks to the efforts of volunteer parents, took another big step forward last summer when the city of Winter Garden laser-leveled all four of the league’s fields.

“The Parks and Recreation (Department) and the city manager are tremendous support systems to Winter Garden Little League,” Eidelman said. “We have really built a true partnership.”

Keeping things fresh has been another trademark for WGLL over the past few years, and this spring will be no different. To continue with the league’s theme of fun uniforms, the spring 2018 season will see WGLL teams don team names and uniforms from minor-league teams instead of the traditional Major League Baseball brands.

Coaches will be able to choose new and unique options — there are nearly 100 unique minor-league baseball brands with names that include Biscuits, Mud Hens, RubberDucks and TinCaps, among others.

Also in the works for the future are the additions of a challenger league for WGLL and an evolution of an existing partnership with Windermere Little League for softball. According to Eidelman, the plan is for WGLL to introduce its challenger league — which enables boys and girls with physical and mental challenges to play — in the fall of 2018.

Then, in the spring of 2019, discussions are being had to evolve the existing partnership between WGLL and WLL regarding softball.

Since 2012, a zoning exception that combines the borders of the two leagues for softball only has meant that girls living in WGLL's zone could play softball at WLL.

Eidelman says that relationship could evolve to where games are eventually played at WGLL and the combined softball league may change its name to the Windermere-Winter Garden Softball Little League.

In spite of all the good things happening at WGLL, there do figure to be challenges ahead, too.

The growth of the league has increasingly forced its board to be creative with accommodating more players and teams. With the anticipated growth for the coming spring season, Eidelman expects WGLL to join neighboring WLL as a dual-charter organization.

“We probably will complete this spring season and be told that we will have to go to a dual-charter, where we’ll have an American and a National League,” he said.

The growth creates struggles to fit in games on weeknights and leaves coaches scrambling to find open spaces to practice.

According to Eidelman, the city of Winter Garden has approached the league with preliminary plans to address the issue, but nothing is set in stone.

In the meantime, WGLL will continue to enjoy its upward trajectory and brand awareness, taking the challenges as they come.

“I always wanted to be able to leave the league better than what it was,” Eidelman said. “I want the city and anyone who is affiliated with Winter Garden to know Winter Garden Little League and what it’s about. I want it to have a good reputation.” 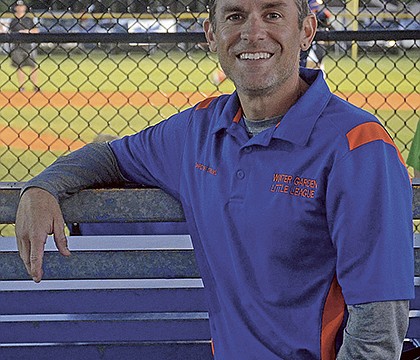 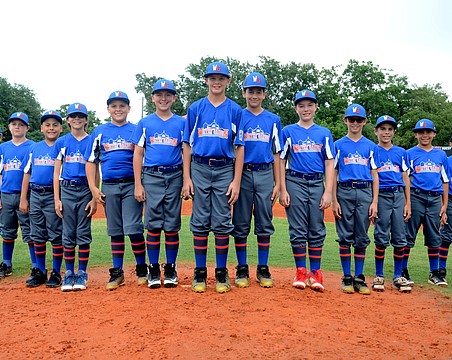 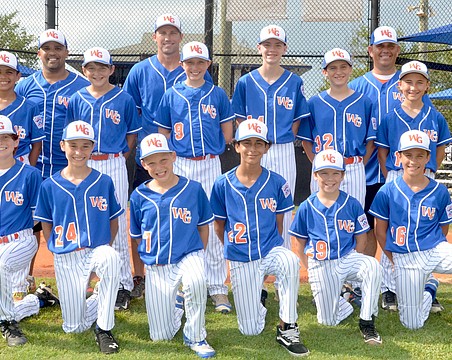 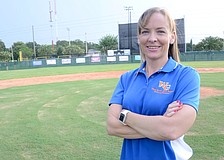 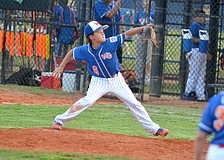 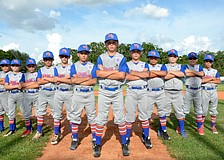 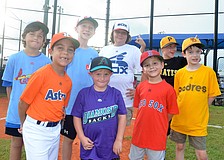 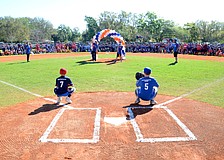