Ollie Sauls: Bigger than his body

He was born sleeping. Since then, his parents, Britni and Zach Sauls, have blessed other families in his honor.

At Christmastime each year, the Saulses’ family tradition is to buy birthday and Christmas presents for the age Ollie would be. Then, the Saulses donate them to a family in need.

This year, the Saulses are looking for a local family with a 3-year-old.

The Saulses also have created an Amazon Wish List for those who want to purchase gifts in Ollie’s honor.

In the Sauls home, Christmas begins Nov. 1. No matter what, the day after Halloween, the decorations come out.

It’s been a family tradition since Nov. 1, 2018 — the day after Britni and Zach Sauls’ son, James Oliver “Ollie” Sauls, was born sleeping. The Saulses also have four other children — Madison, 14, Mackenzie, 12, and Carson, 8, all from Britni’s previous marriage; and little Olivia, 2 — their rainbow baby.

The early start on the holidays makes perfect sense — Christmas decorations bring joy, and who couldn’t use more of that? But it’s also a way to remember Ollie. Every year since his birth, the Saulses have adopted a family in need with a child the age Ollie would be. They then purchase birthday and Christmas presents and donate them to that family. Until the donation is made the week before Christmas, those presents sit under the family tree.

This year, the Saulses are looking for a family with a 3-year-old. They moved recently to Summerlake from Georgia — and so this year, Ollie will bless a West Orange family for the first time.

A MOTHER KNOWS
When Zach was courting Britni, they discussed children. Britni already had three and even had her tubes tied, but Zach wanted at least one child of his own. It was important to him, a potential deal-breaker, he said.

Britni liked the idea and even underwent the procedure to reverse the tubal ligation. They married June 9, 2018, and Ollie was conceived about a month later.

“We didn’t expect it to happen so soon,” Britni said. “And everything was normal.”

In October, Britni saw her doctor for the all-important 20-week ultrasound. Everything was perfect — strong heartbeat, plenty of movement, growth on track.

But fewer than two weeks later, on Oct. 27, 2018, everything changed. It was 3 a.m., and Ollie woke Britni with a series of violent kicks. Then, he stopped.

Something was wrong. Britni knew it. And even though she never had a chance to look into Ollie’s eyes, she knew him. She knew he didn’t like hot or cold water — and purposely took warm showers to keep him comfortable. Ollie also loved Zach’s voice and would move to be closer to him whenever he spoke. He wouldn’t let Britni sleep in certain positions. Ollie was an active boy, and his stillness was alarming.

For the next few days, she did everything she could to get him to move. But when that didn’t work, she had another ultrasound that confirmed her worst fear.

DEVASTATION
Zach — a law-enforcement officer climbing the ranks — was either on duty or in training during every doctor’s appointment. During the pregnancy, Zach was in training with a new K-9. He never got to hear Ollie’s heartbeat live.

He was on patrol when he got Britni’s call, sped home to change clothes and met her at Houston Healthcare Women’s Center, in Warner Robins, Georgia.

There, doctors induced Britni. Thirty-three hours later, at 5:52 a.m. Oct. 31, 2018, she delivered Ollie. He weighed 14.8 ounces and was 10-and-one-half inches long. Doctors discovered the cause of Ollie’s death — his umbilical cord was wrapped around his neck three times.

Ollie — delivered at 22 weeks — was perfect: 10 fingers, 10 toes, tiny ears, little button nose. He even had tiny fingernails and toenails.

“It was the hardest thing,” Zach said. “I was devastated. But for me — being in law enforcement for eight years (at the time), I had seen loss, death. I learned how to process it and separate myself. There wasn’t much I could do in that situation. My wife needed me. I needed to be a rock.”

Following delivery, Britni and Zach spent about five precious hours with Ollie before they needed to leave. It was Halloween, and they had three other children. The youngest — Carson, who was 5 at the time — didn’t know anything had happened.

“The hardest thing for me is when we’ll do stuff as a family, and we’ll wish he was here,” Zach says. “For me, it’s all the missed opportunities.”

But even though Ollie never took a breath, that doesn’t mean his life hasn’t made an impact.

DADDY’S BACK-UP
Since 2018, Ollie has had a significant impact in the world. The Christmas tradition began one year later, when the family bought Christmas presents in Ollie’s honor and gave them to a family in need. The Saulses continued the tradition in 2020 with a “Two Heaven and Beyond” party with a Buzz Lightyear theme.

The Saulses also created Ollie’s Box — a care package for other parents of stillborn children that includes items such as a blanket, books and angel wings. Normally, a mother leaves the hospital with a baby in her arms. This way, they won’t go home empty-handed, Britni said.

And still further, the Saulses purchased and donated a Caring Cradle to Houston Healthcare. The cradle is a cooling bed that helps preserve a baby’s body for a longer period of time to give grieving parents more time to say goodbye.

And after moving to Summerlake earlier this year, the Saulses now are hoping Ollie can bless a local family in need. Eventually, the Saulses would like to create an official nonprofit for their work, but for now, they do it all themselves.

EVER-PRESENT
Ollie has a big presence in the Sauls home. The family has a collection of glass orbs — some in the shape of a heart — that were created using Ollie’s ashes. The Saulses decided to have him cremated so he always could be close.

“He’s here,” Zach said. “It sounds weird, but we used to have the glass hearts in bed with us. It’s our way of feeling like he is still here with us.”

The family also has a blanket with Ollie’s footprints and created a teddy bear from a police uniform onesie Ollie would have worn. When the family travels, the blankets and bear go, too.

Britni and Zach — along with Britni’s mother — have matching tattoos with Ollie’s footprint and angel wings.

Ollie even is present in Britni’s custom T-shirt business — Ollie and Co.

And finally, there’s 2-year-old Olivia — the Saulses’ rainbow baby — who shares a special connection with Ollie in name and in spirit. She has taken to one of Ollie’s stuffed animals, and when she was a baby, Olivia would look up periodically and start laughing, Britni said.

She likes to joke that Olivia has her father wrapped around her finger, but in reality, both parents are whipped.

Olivia is a climber — on furniture, on counters, on anything. And she’s tough. Once, she unknowingly stepped on a fire-ant bed but hardly reacted when the little buggers were climbing up her leg, Zach said.

And she loves to play in the rain — their new Florida home is perfect for that.

“We love it,” Britni said of Horizon West with a smile. “We love the weather. We love our community. All my family is in the same neighborhood.” 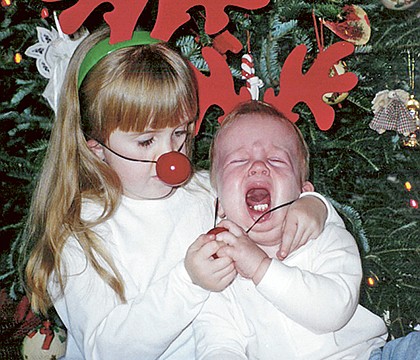 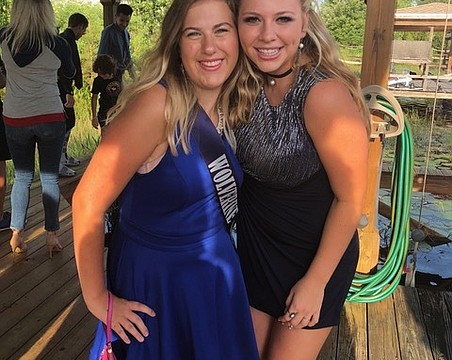 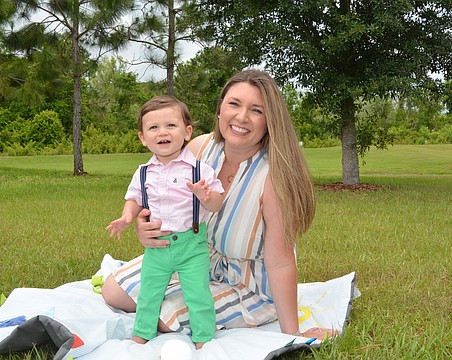 The joys of first-time motherhood 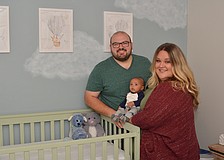 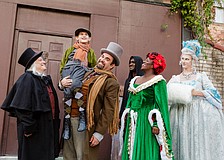 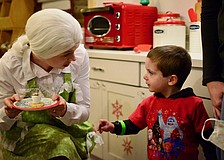 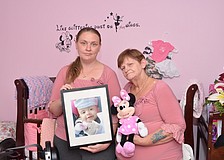 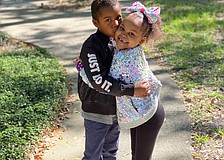 6-year-old Imani gets her heart