Maj. Matthew Medlock is the senior aerospace science instructor for the AFJROTC program at West Orange High School and has served in the role for 15 years. He has been with Orange County Public Schools for 16 years. During his time at West Orange, he has been awarded the AFJROTC Outstanding Instructor Award two times, in the 2007-08 and 2018-19 school years.

What brought you to your school?
I grew up in the Orlando area, and as a former Air Force JROTC cadet from Oak Ridge High School (’77), I wanted to give back to a program that had done so much for me as a teenager. After I retired from the Air Force (’05), West Orange High School was close to home, had an opening, and I was lucky enough to be selected for the position.

What do you love most about your school?
West Orange has a great family of teachers and staff.  They reach out and help one another and make you feel welcome and comfortable.

What is your motivation?
Seeing a student have that moment of understanding and seeing them smile. There are many things as a teacher that make it seem as though people are intent on making your job harder, but it’s the work with the students and seeing their success that makes the difference. I’m always touched at the end of the year with the notes and letters from students and parents thanking me for the difference I’ve made in their life.

What do you like to do in your spare time?
Spend time with my children and grandchildren and travel throughout the world.

Who was your favorite teacher when you were in school? Why?
I had many teachers (who) were special to me ... but the one I kept in contact with was Lt. Col. Luther C. Cox, who was my senior instructor in Air Force JROTC. As a successful leader, Lt. Col. Cox set an example for me to follow. He saw my potential and challenged me to reach it. A veteran of World War II and having survived as Prisoner of War, he was a true hero.

When you were a child, what did you want to be when you grew up?
I always wanted to serve my country as an officer in the military. My family has a long history of service in the military, and my father was my closest example, having served in World War II, the Korean War and the Vietnam War. One of my sons is now serving and is the third generation of our family in the Air Force. He’s stationed in England and has completed two tours in Afghanistan and a one-year assignment in Turkey.

What is your favorite children’s book and why?
“The West Point Story” by Red Reeder.  My mother used to read this book to me, and it helped inspire me to be an officer in the military.

What are your hobbies?
Reading history and science fiction, traveling, enjoying time with family.

If you could have any superpower, what would it be and why?
The power to bring peace to the world and end prejudice. Many times in the military, I said that if I lost my job because the world was at peace, I would be happy with it.  But in reality, the basics of human nature dictate that there will always be those that seek power at any cost, and therefore we must always be ready with a strong military, diligently training and be prepared for the next war.

If you could only listen to three bands or artists for the rest of your life, what would they be and why?
The Beatles, America, Garth Brooks, songs of my youth and early adulthood.

What impact did the events of Sept. 11 have on you?
My experience was much different than the average citizen. I was flying a training mission with AWACS (964th AACS) that day, and we were diverted by the FAA and then by the National Command Authority. We were the first AWACS crew to take station with the responsibility to provide command and control for the U.S. capital and the New York City area. Unfortunately, by the time we were able to arrive in the area and call-on station, the events of that day had already taken place. Of course at the time, we didn’t know that there would be no more attacks. 9/11 changed the way we conducted missions in the future adjusting for the lessons learned and increasing sortie rates for Operation Noble Eagle.

How do you use the lessons you have learned from that onto other students?
I try to share with the students the importance of being prepared as you never know when you will get the call to take action. To study history, understand human nature, and the importance of a strong military. I try to instill in them that freedom isn’t free, it is preserved by the blood of patriots and to respect those that are willing to make the ultimate sacrifice for our freedom.

Why is so important that future generations not forget what happened that day?
Sept. 11, like all events from history, is very important for future generations. We as a world should seek to avoid the horrors of the past, and as George Santayana famously said, “Those who cannot remember the past are condemned to repeat it.” We must remember the events of history and one of the traditional ways to do that is through historical monuments. These monuments preserve remembrance of the events and give us the resolve to commit ourselves to make sure they don’t happen again. When we remove or destroy monuments, we begin to erase the memory of very thing we want to keep from happening again. 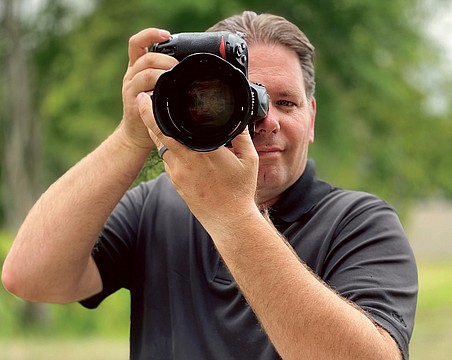 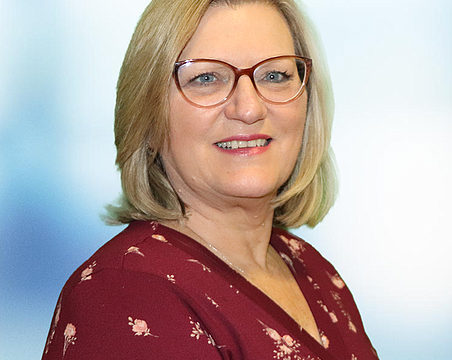 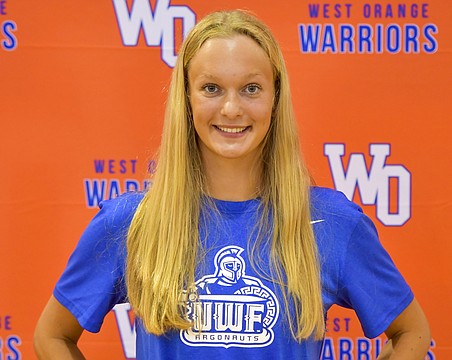 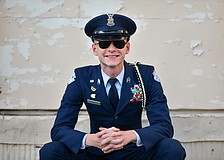 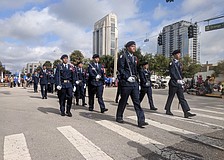 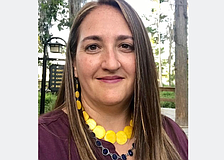 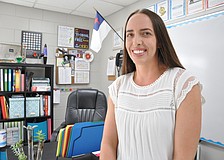 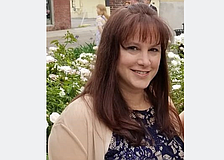