The cast and crew at the Garden Theatre have worked hard to bring a Roald Dahl classic to life through their rendition of ‘Matilda the Musical.’

Of all the lines and lyrics in Roald Dahl’s “Matilda the Musical,” there is one that echoes in the mind of Garden Theatre Artistic Director Joseph Walsh.

That’s because even though the Garden Theatre is a small one, it has a large footprint in West Orange County.

“We’re a relatively small theater, and now our capacity is even smaller because of social distancing,” Walsh said. “Throughout the years, the Garden has done so much. The Garden is a mighty presence in our community even though we’re relatively small, and I think that’s amazing. … Overall, even if we’re little, we can do a lot. And it’s always about, ‘How do we use art to enrich the community? How do we use our art to enrich the lives of the people around us?’”

WHEN: Various showtimes through Sunday, Dec. 20

DETAILS: Shows take place every weekend, and there are some Wednesday and Thursday performances, as well. Doors open 30 minutes before curtain. For more information on “Matilda The Musical,” visit gardentheatre.org/play/matilda.

Right now, 50 cast and production-team members are using their talents to tell the story of Matilda Wormwood as first authored by Roald Dahl. Matilda, an extraordinary young girl, is unloved by her parents, tormented by Headmistress Trunchbull and armed with a vivid imagination. She finds solace in stacks of library books, and with the help of her teacher, Miss Honey, Matilda’s magic appears as she dares to take a stand and change her own destiny.

“It’s been an interesting creative process, really, to build something brand new,” Walsh said. “We’ve taken an amazing musical that’s been tried and tested, and the team has come together and really tried to turn it on its head, figure out what it’s about, and tell the story to our audience in the most interesting and unique way possible while respecting the amazing work of the author.”

Winter Garden resident Daniel Abels Rodriguez plays Mr. Wormwood, Matilda’s snarky and smarmy father. For Abels Rodriguez, who describes himself as “an incredibly positive and happy person most of the time,” getting into the character is a fun challenge.

“It’s tough, because he’s a very mean person,” Abels Rodriguez said. “There’s not a lot of redeeming qualities. He’s a hustler, he’s a con man, he’s very mean to his wife and his children — mainly Matilda. … I’ve played a villain, but not a funny one. He’s like a cartoon — like a henchman cartoon. … Getting into something like this and grounding it and finding some ways to really get nasty was a little bit of a challenge for me.”

Because much of the cast comprises children, Abels Rodriguez has worked to find the balance between portraying an intense character and ensuring the children are OK afterward — especially Carson Holley, who plays Matilda.

Luckily, he said, the children are very professional and understand that it’s solely acting — including Windermere resident Tyler Colin Price, 13, who plays Bruce.

Tyler previously was part of “Matilda The Musical” at Theatre South Playhouse, and he loved it so much that he wanted to do it again with a different cast.

“I’d seen a Garden production, and I thought it was amazing, so I wanted to get that experience and see what the auditioning process was like,” Tyler said. “Then I got the part of Bruce. I think Bruce is a very shy, introverted kid. He doesn’t really talk a lot. I feel like he’s one of those kids who’s quiet at school but when he gets home, he’s all rowdy and everything. I think he loves to learn things in school, but he’s not very good at it.”

To channel Bruce, Tyler has studied the role and said he thinks a lot before each show about his notes about the character. He incorporates elements of “Matilda” the movie, as well as pieces of his previous experience seeing and acting in the musical. He tops it off by bringing a bit of himself into the character.

“My favorite part is probably getting to know all of the kids, because you have to have chemistry with the kids on stage or else it’s not really a fun show — that’s at least how I feel,” Tyler said. “I feel that in just a short period of time, we’ve all become really close — all of the kids — and you can kind of see that show on stage.”

In the same way that both Abels Rodriguez and Tyler have built their characters from the ground up, the Garden’s cast and crew have come together to manifest their own version of “Matilda.” Walsh said he is excited to see what his ensemble does with the tools and ingredients they have over the next few weeks of performances.

“This is such an important story about the arts, imagination and about sharing in difficult times,” Walsh said. “And this idea of this little girl who changes the world — this little girl has discovered that even if she’s little she can do a lot, and that her power, her positivity, her standing up for what’s right inspires what in the show is a mini revolution. It’s really about no matter how difficult things get, we can always make the right choice.

“We can always support each other,” he said. “We can always reach out to somebody else and let them know that they aren’t alone. I think it’s a beautiful message to give to people right now.” 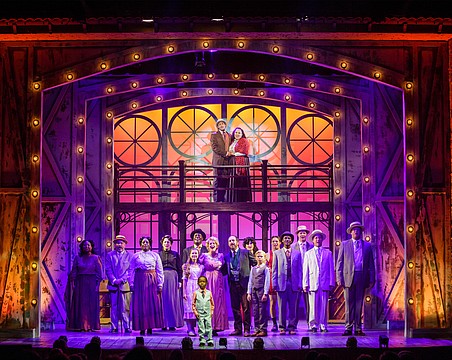 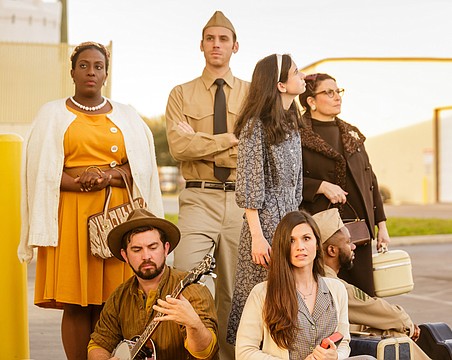 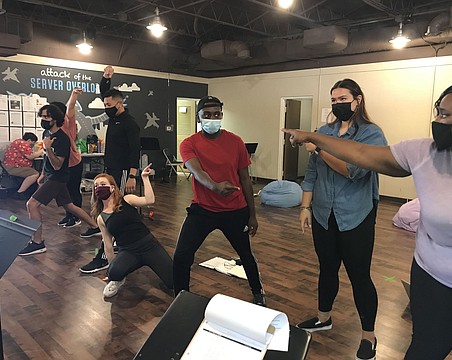 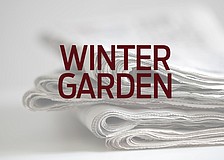 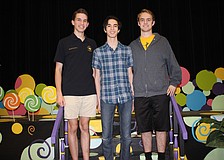 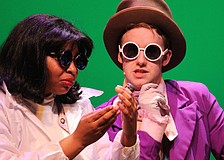 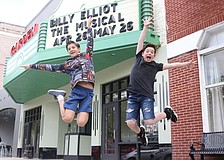 ‘Billy Elliot: The Musical’ boogies over to Garden Theatre 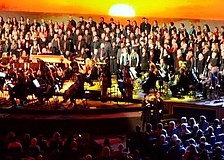 Culture for your calendar