Diaz needed a little bit of luck at states to clinch her third straight wrestling title in Kissimmee.

During the quarterfinals of the FHSAA state wrestling championships in Kissimmee, Dr. Phillips wrestler Juliana Diaz had a brief scare in her quest to win her third straight wrestling title in the 120-pound division. It was one that almost put a stop to her title defense before she could even get a chance to reach the finals.

While in the midst of her match with Somerset Academy’s Brianna Peña, the referee was close to calling a disqualification after Diaz allegedly pulled an illegal move multiple times. The entire arena was in an uproar. During the tense few moments, Diaz managed to keep her composure, knowing that complaining about the call would do nothing to help her case.

“I told myself I’m going to win this match, and I’m going to stay calm, even if the ref is not on my side,” said Diaz. “I’m used to this; I know how it feels to wear the singlet.”

Luckily for Diaz, the match was able to go on, which she won with a pin 1:39 into the match.

The adversity was not over yet as Diaz struggled in her semifinal match against Braden River’s Analy Banuelos. With 30 seconds left in the match, Diaz managed to get the pin to advance to the finals, her fourth consecutive since her freshman year.

And then she was at the last leg of her journey — but it certainly was not going to be easy.

Prior to the tournament, Diaz heard some of her opponents boasting they were going to dethrone her this year throughout the season. She took that personally, using it as motivation heading into states.

“I wanted to prove to everyone that I was better than my competition,” Diaz said. “It was almost payback for a lot of things and people doubting me a lot. When you’re waiting in line, people talk. They say they can beat you because if you lost to someone that they beat, they think they can beat you.”

With her final match with Tocoi Creek’s Brielle Bibla about to get under way, there would be no stopping Diaz with her third straight championship in sight. And that was exactly what happened as she won by a 12-5 decision to clinch that title.

This championship was made sweeter because of the adversity Diaz had faced, not just in the tournament, but throughout the year with a new coach joining the staff and taking more responsibility as a captain of the team.

Through it all, she took everything as it came to ensure that not only was she successful in her senior year, but also the rest of the team as well.

“You’re used to always looking up to people. Since my freshman year, I always looked up to the older girls,” Diaz said. “You’re so used to someone always being in front of you telling you to keep yourself together. Once you’re in that leadership role and you have to tell the people behind you what to do, it’s a different dynamic. You can’t just worry about yourself, but others, as well, while not allowing it to consume you.”

With her third straight title now in hand, Diaz now looks forward to the national wrestling championships and eventually attending Missouri Baptist University in St. Louis, where she will wrestle on the team there.

As her time at Dr. Phillips coming to an end, Diaz hopes her example is one others will use to inspire them to be great themselves.

“You can do anything you put your mind to,” Diaz said. “My first year, I made it to the finals because of Coach (Kirwyn) Adderley. Always believe in yourself and trust the people around you. If you dream of something, you can make it happen. If people doubt you, prove them wrong.” 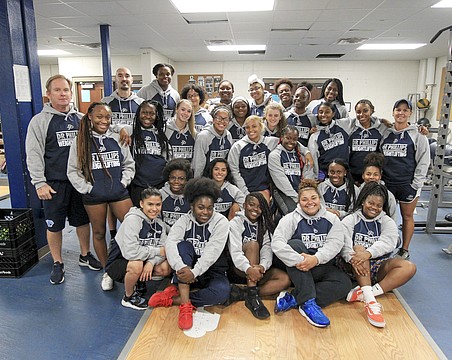 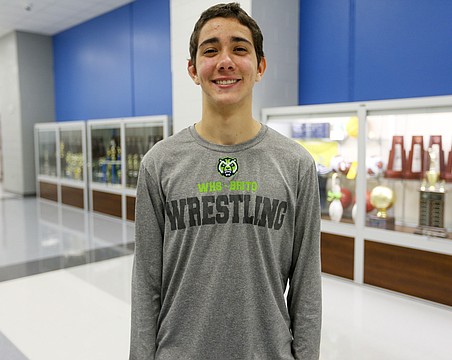 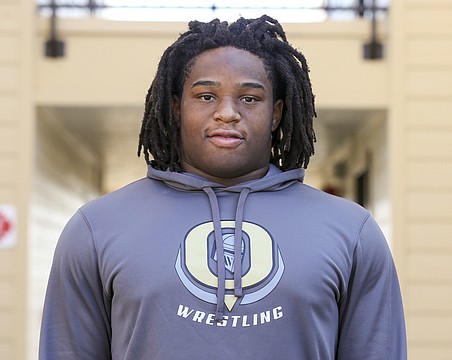 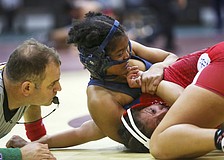 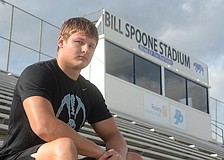 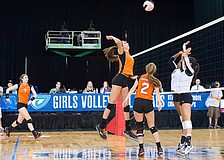 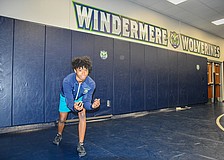 Freshman Wolverine gets first win against a male 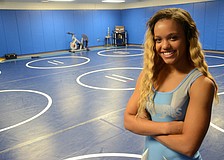