They may not be at one of the big name programs in Central Florida, but a trio of rising seniors for Foundation Academy are generating considerable recruiting buzz with the 2014 fall season on the horizon.

Foundation’s Conrad Brown, Darius Irvin and Quinlon Marshall have all received offers from Division I programs, according to Lions coach Brad Lord, and figure to be integral parts of the program’s push for a district championship this fall.

Brown, a 6’5 wide receiver with a knack for going up over defenders to make a catch, has received offers from Florida International University and Florida Atlantic University after attending prospect camps at both schools.

“He’s got great hands … he’s an athletic freak,” Lord said of Brown at a passing league event recently. “He’ll have one-on-one coverage and he’s a nightmare.”

Teams might have to give Brown the single coverage Lord alludes to simply because of the strength of the Lions’ running game, anchored by Irvin. Irvin generated plenty of interest from several schools but has committed to UNC-Charlotte, where his brother Denzel Irvin — a Foundation Academy alumnus — just arrived for his freshman season.

Measuring up at 6’0, 195 pounds, Irvin is an impressive athlete and, more importantly, a kid with good character, according to Lord.

“He’s got great discipline, he’s a hard worker,” Lord, who took over the program in 2008, said of Irvin. “He’s the type of kid who will go in and not get redshirted [his freshman season of college] because he’ll play special teams — he’s so talented.”

And then there’s Marshall. The 6’4, 260 pound offensive tackle will be an integral part in creating holes for Irvin to run through and protection so the ball can be thrown Brown’s way. Marshall possesses an offer from FAU, says Lord, and has “a good strength in him — a good power” that has gotten scouts’ attention.

Foundation Academy will open the 2014 regular season on the road against Lakeland Christian on Aug. 29. 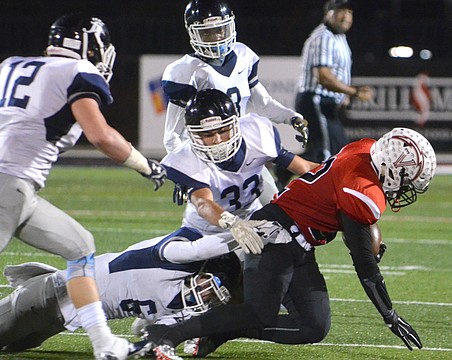 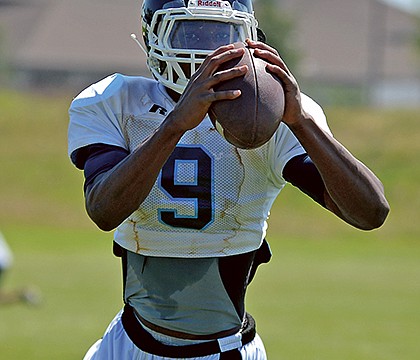 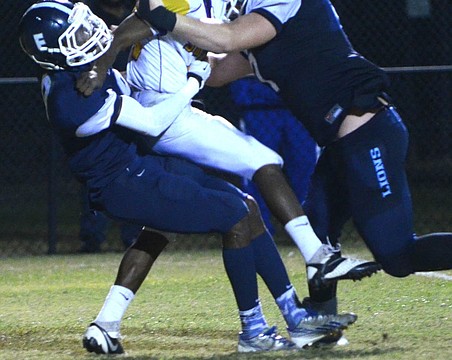 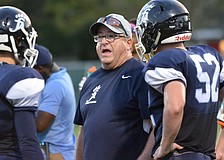 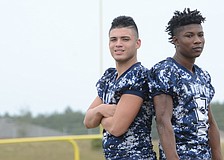 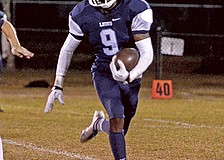 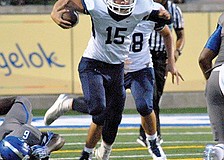 Foundation Academy hopes to bounce back from lopsided defeat 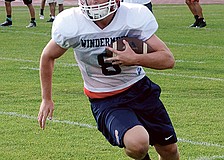