Circus dogs coming to Groove at the Grove

The Menestrelli Circus Dogs will be featured at Groove at the Grove on Friday, April 21.

Yanina Yazlovskaya was born into the circus life.

Growing up in Russia, she was surrounded by acrobats, clowns and the colorful life under the big top as her parents trained circus dogs for a living. It was her family’s legacy and had been passed down from generation to generation, she said.

“All my family worked with dogs,” Yanina said. “We are third-generation dog trainers. First, I helped my parents, and later, I started to work by myself. Now, I work with my husband.”

This long-held tradition of training circus dogs is one that she and her husband, Sergey, brought to Orlando in 2014.

Now the founders of Menestrelli Circus Dog Show, the duo performs with their nine dogs all over the Central Florida area, sometimes even traveling other states to join other circus acts.

On Friday, April 21, the Menestrelli Circus Dog Show will be featured at Groove at the Grove at The Grove Orlando. The dogs will perform at 6:30 p.m., and a screening of the film “The Secret Life of Pets” will follow at 7:45 p.m.

Groove at The Grove

Where: The Grove at 4750 The Grove Drive, Windermere

Details: The Menestrelli Circus Dog Show will begin their performance at 6:30 p.m. “The Secret Life of Pets” movie will begin at 7:45 p.m.

Each show that Yanina and Sergey produce is all about showcasing the talents of their dogs, and every dog has a unique set of skills.

“Our Jack Russell - he jumps somersaults,” Yanina said. “Poodles are very smart and friendly. They climb stairs and do other uniquely designed family tricks. Our Pomeranian Spitz loves to play with kids, and they love him, too.”

Keeping the dogs show-ready is a daily task, requiring hours of constant training and exercise.

“We need to rehearse with the dogs every day,” Yanina said.

But they are mindful of their treatment of their dogs. All training is conducted in a humane manner without any violence or creating distress for the dogs.

The couple created the Menestrelli Circus Dog Show back in 2000 and have taken their show all over the world.

After her husband received his green card in 2014, the couple decided to make Orlando their home.

“My brother lived in Orlando for more than 15 years,” Yanina said. “So we choose Orlando for our new life. We love this city very much.”

Since moving to the United States, the dogs have been featured in the Royal Hanneford Circus, performed at Six Flags Great Adventure in New Jersey and even had a chance to audition for the TV show America’s Got Talent.

When they’re not performing with a circus, they usually perform small shows at festivals, schools, churches and senior centers. And Yanina is already passing down the tricks-of-the-trade to her own two children - a 9-year-old son and 5-year-old daughter - to continue her family’s dog-training legacy.

“We’re continuing our family business, and our two kids are helping us,” she said.

But when talking about her family, Yanina always includes their nine circus dogs. 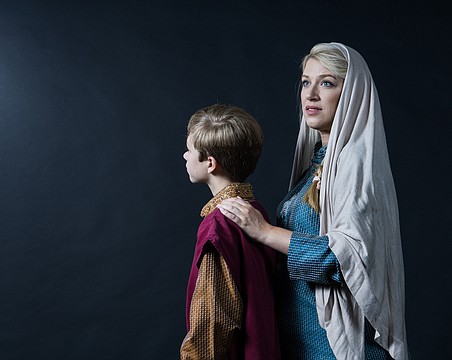 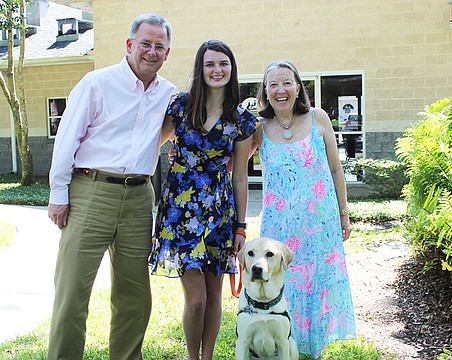 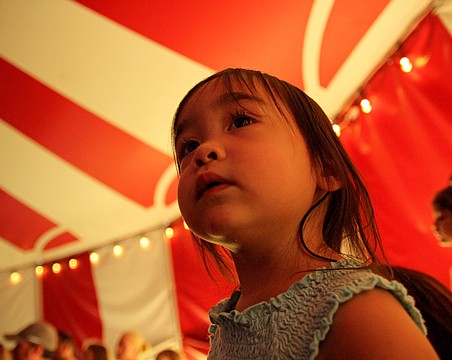 OBSERVED: The little circus that did 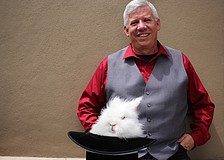 Award-winning magician to perform at The Grove 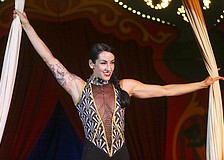 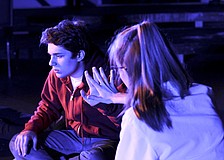 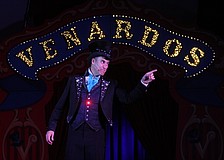 The Venardos Circus returns to Hamlin 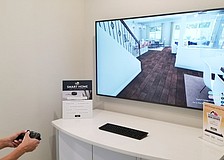