Qualifications: I work as a criminal-defense attorney and have my own law firm now. I do mostly criminal law, some rights restoration, and sealings and expungements. I also worked at the Orange County Public Defender’s office in 2019.

Why are you running for county sheriff?

I grew up in Orange County, and the same problems that were problems when I was a kid with police brutality, with lack of accountability, are problems that still are in place today. The reason I’m running for Orange County sheriff is because in order to build the bridge and bridge that gap between law enforcement and the community — in this country, but specifically in this community — you have to have somebody from the outside come in and bridge that gap. Career law-enforcement officers aren’t going to do it. That’s not to say that career law-enforcement officers are bad in any instance — being a deputy, being an officer is a proud and honorable profession — but right now with the tone that policing has taken in this country, it has to take somebody from the outside to come in and really reform the processes and procedures of the sheriff’s department in order to get the community on your side. One of the reasons we can’t solve as many crimes as folks would like is because the community does not trust the sheriff, and if you don’t trust the sheriff, your’e not going to trust the deputy sheriffs and you’re not going to be willing to cooperate when you have information that is beneficial to an investigation. I believe I’m the only person who has the relationships in Orange County to bridge that gap and to actually think through an entire, full-scale approach to changing policing in this county and giving examples for larger cities — as well as other counties here in Florida — that we can do stuff differently than we’ve always done them and still be successful and still keep Orange County safe.

What qualities and skills would you bring to the position?

I spent 7-and-a-half years in the Army, I was deployed to Iraq twice, I’ve been in combat. I was a drill sergeant for a couple years and I’ve worked on political campaigns. I have a very strong operational skill set — operations, logistics, understanding, getting people and things from once place to another without losing people and things. I also have some institutional knowledge of the community itself.

Why are you the best candidate?

I am the only attorney in the race and I think a lot of times when career law-enforcement officers talk about law enforcement, they focus solely on the enforcement part and they leave out the law part of it. The law part is so important because if deputies are not doing their jobs correctly or in line with the law, then even when you have a case that should be a slam-dunk for conviction, you’re not going to be able to get it because deputies did something wrong. So making sure that we are training our deputies and keeping them up to date on what the law actually is is incredibly important to me. It’s also important because if we have folks that are out there committing violent crimes and we have victims, and deputies are the ones that are making mistakes and making it so that the state attorney cannot prosecute cases, that’s a problem for deputies. It’s a problem for the community as a whole, but the state attorney can’t fix the deputy problems. There has to be somebody who knows the law in the office of sheriff so if there’s a case that gets dismissed, I can go have a conversation with an assistant state attorney … and actually understand what they’re talking about. Those are things that I’m going to understand because of my profession, and it’s going to allow me to train the deputies to make sure that we are doing things within the guidelines of the law.

What are the three biggest needs of the Sheriff’s Office now, and how would you work to fill those needs?

If I had to put three numbers on it, the first one would definitely be hire more social workers and mental-health professionals. Right now the Sheriff’s Office needs to have more social workers and mental-health professionals who actually work for the Sheriff’s Office. We can work with any of the organizations locally that do everything from addiction treatment to harm reduction locally and I plan to, because my reform policies and my reform mentality are not something that the Sheriff’s Office can do on its own. I want to make sure I have those trained professionals who can be the first responders along with deputies so that deputies are there in a support role, not simply there to be the end-all, solve-all problems of society. The Sheriff’s Office for too long has tried to arrest themselves out of problems, and it just doesn’t work. We need to drastically rethink how we police in Orange County, and if that means less traffic interactions and dedicating more deputies to solving violent crimes and protecting victims, then that’s what we need to do. The second thing for me is I want to end the school-to-prison pipeline by treating kids like kids and not arresting them for common youthful behavior. What that looks like is my school resource officers in schools are gonna have on professional attire similar to what teachers would wear … but there’s zero benefit to having the SRO in the same uniform that some of our young people see in their neighborhood every day arresting their friends, their family. Our SROs are not going to be extensions of the OCPS disciplinary system. They’ll definitely be there where there’s safety concerns … but they’re not gonna be the deputy that arrests if the school calls the Sheriff’s Office and determines that an arrest is appropriate. You cannot build those relationships in schools if that deputy is going to be the one to arrest. Another one of my policy positions is ending full-custodial arrests for misdemeanor offenses except for domestic violence. If it’s domestic violence I will work with whoever the state attorney is and we will come up with whatever program makes the most sense … but we need to stop arresting people for misdemeanors, because what it does is it puts people in a situation where we as law enforcement or we as the county are actually putting them in a worse situation than they would've been in beforehand, which is going to make people more likely to commit crimes in the future.

How should the Sheriff’s Office change or grow following the nationwide unrest caused by the death of George Floyd?

The Sheriff’s Office right now, I would say it’s on fire. The morale is incredibly low. The Fraternal Order of Police just pulled their endorsement of Sheriff Mina last week. The deputies don’t trust him, the community doesn't trust him, and if we’re going to really change policing in this country, then we have to start that with a true reform candidate for sheriff. At the end of the day, deputies just want to go home to their families. And I know that my criminal justice reform-minded policies are going to make it not only safer for the community members but also for the deputies. If we’re able to build that relationship and build that trust and work with other stakeholders in the community. When we’re able to work with all of those organizations, the community is going to be invested in the success not just of the community but of the Sheriff’s Office, and that’s not where we are right now. And with the George Floyd protests, our Orlando Police Department and OCSO arrested dozens of people who were peacefully protesting and at the end of the day I represented nearly 20 protestors — with my law firm, pro bono — because it was just the right thing to do. I believe in freedom of speech and I believe in individual’s rights to protest, and every single one of the cases that I represented somebody for was dismissed.

How can the Sheriff’s Office relationship with the community improve?

The first part of it is involving the community, and the way that you do that is by implementing a Civilian Review Board that has actual teeth and has the ability to subpoena officers. There’s a controlling case here in the state of Florida — which is from Demings vs. the Civilian Review Board. The Florida Supreme Court said that the civilian review boards do not have subpoena power because of the Law Enforcement Officers’ Bill of Rights. So the Civilian Review Board doesn’t have subpoena power, they cannot force deputies to come in and testify about excessive use-of-force complaints or other issues that the community brings to their attention. What I’m going to do is I’m going to fundamentally change the position of the Sheriff’s Office, which under then-Sheriff Demings was that the Civilian Review Board could not subpoena deputies. That position is going to be they can subpoena deputies. The first case that we get where a deputy does not show up because they’re going to follow that old case law, I’m going to automatically have my legal department file suit against that law because the position of the office of the sheriff has changed, and I believe that’s going to have a huge impact.

As West Orange County continues to grow, how should the Sheriff’s Office change to accommodate that growth?

Interestingly, the types of crimes that we have out here in West Orange County … a lot of those issues that we’re having are issues at night such as automobile break-ins and stuff of that nature. I think the way that we fix that is by having more deputies rotate through. There’s not a huge presence — they move cars around occasionally to stop the speeders and stuff — but it’s really going to be a presence thing. The way we can do that is we can stop over-criminalizing our young people, essentially, and stop over-criminalizing the black and brown neighborhoods where we have historically placed so many law-enforcement officers. What that’s going to do is that’s actually going to free up some of our resources to come out to the Horizon West area at night and make sure that we are tracking and we are focused in our efforts to stop folks from coming out to West Orange County. 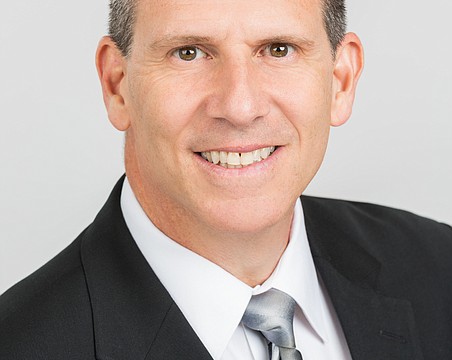 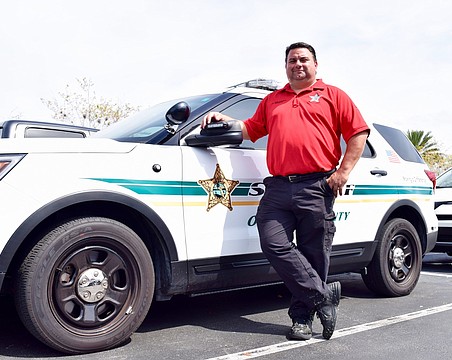 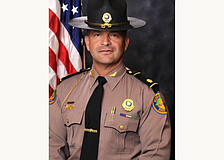 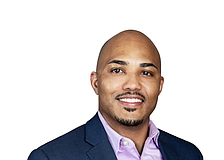 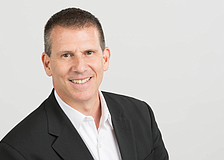 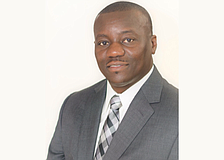 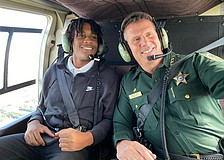