Anais Noel participated virtually in the 66th United Nations Commission on the Status of Women.

Anais Noel just turned 15, but already she has been having discussions with leaders who have a global impact on women’s futures.

Anais, a freshman at Olympia High School and a Senior Girl Scout, was one of 16 girls selected to represent Girl Scouts of the USA at the 66th UN Commission on the Status of Women last month. Their purpose was to serve as the voice of young women and teenagers around the world.

The conference took place March 14 through 25, but COVID-19 protocols prevented GSUSA delegates from attending in person. Anais and the other senior and ambassador scouts from across the country participated via video conferencing and attended multiple sessions devoted to two themes.

This year’s priority theme is “Achieving gender equality and the empowerment of all women and girls in the context of climate change, environmental and disaster risk reduction policies and programs.”

The review theme addresses women’s economic empowerment in the changing world of work.

During the commission’s two-week session, representatives of UN Member States, civil society organizations and UN Entities gathered at the UN headquarters in New York City or met online to share experiences and advance policy based on the two themes.

Anais said she learned about the opportunity on the Girl Scout Council website and applied by writing an essay about the topic and what she thought she could bring to the organization. She then had to conduct two interviews with local and national scouting representatives.

She didn’t mess it up — and she was selected as a participant. Prior to the conference, the girls were given topics to research and had to select two subjects they were passionate about. One subject was gender-based violence and how it’s increased because of the pandemic and climate change.

“That’s what opened my eyes because, it’s not like I didn’t know about these things happening, but the news places it like it’s so far away,” Anais said. “I’ll look at it and be terrified but … I can’t imagine it happening to me.”

Anais said during the conference she took notes and asked many questions.

“I was like a background person, but I helped (give perspective on) documents,” Anais said. “One document we worked on was the Zero Draft, it’s kind of like a compilation of certain things that the UN wants the member states to abide to, and they have to read over it and add to it. It started with like five pages, and it ended up like 70-plus.”

She also attended a session on anti-racism and had participants brainstorm ways to examine their own biases.

Her favorite session, though, was Period and Equality, she said.

“There’s this organization in New Zealand called the Period Place, and they talked about how their organization helps people in New Zealand (by sending) care packages from people who donated and you didn’t have to pay anything,” she said. “You could just write them and say, ‘Hey, I need some period products,’ and they would send you what you need.

“A woman in Africa (shared) how they deal with their periods, and sometimes they’re sent out of their house for the entire period without food or water and (people) think they are possessed,” Anais said.

The Period Place was organized there, and Anais said she watched videos of girls grateful to have the free products.

“It shows how much we take this stuff for granted,” she said. “We think, ‘Oh, we can get this stuff anywhere.’ And we see they are shamed into not getting them.”

Anais is a member of Troop 2056 in the Windermere/Dr. Phillips area. She started scouting as a Brownie in second grade and has since moved through the ranks. She is currently working on a plan to achieve the Gold Award.

“This would be a beneficial experience for any Girl Scout who ends up becoming an ambassador or senior to do,” Anais said. “It’s a whole work experience. After CSW ends you still have a bunch of work to do. We have to work on the model CSW and how to get it in action, and we have to write up papers on our experience.”

Anais encourages Girl Scouts to participate in this program.

“It was an eye-opening experience to learn about different issues affecting women and girls around the world and how climate change impacts them,” she said. “Through this experience, I’ve learned that there is still a lot of work to be done for women and girls to achieve gender equity around the world, but there are many organizations that are working to close the gap.”

Anais and the other participating Girl Scouts will share their insights at a seminar to be hosted by the participating delegates later in the year.

Chris Jepson: On educating our daughters 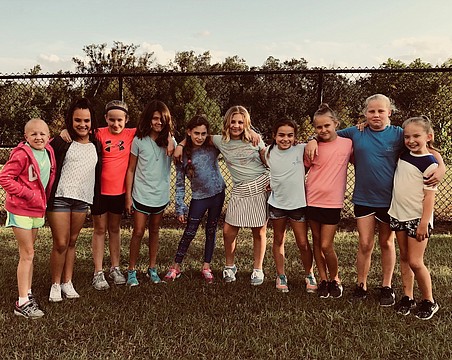 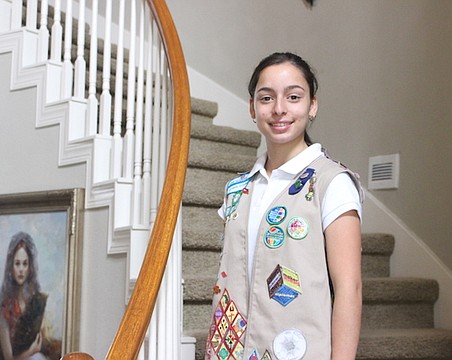 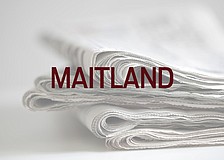 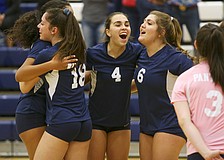 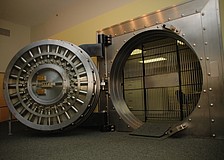 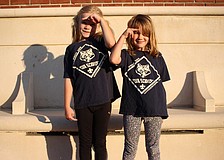 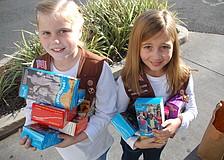